Monolith reveals how Shelob can turn into a lady in Middle-Earth Shadow of War, and new Orc Terror Tribe 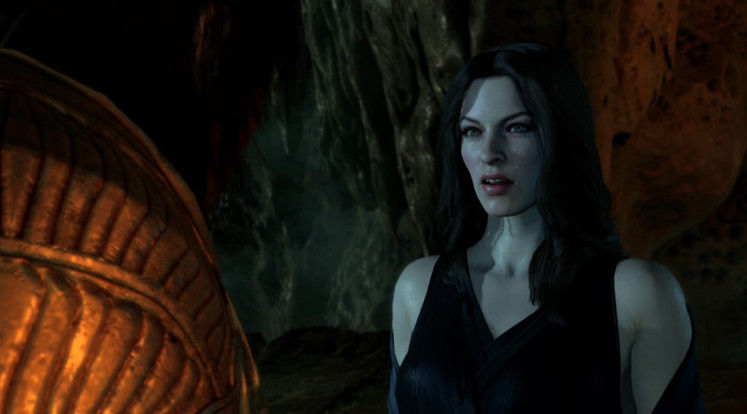 A few weeks ago Monolith and Warner Bros dropped a lore bombshell on Tolkien fans when they showed a new story trailer for Middle-Earth: Shadow of War which revealed that giant spider Shelob was able to turn into a seductive woman. Today, in a chat with Eurogamer, Monolith creative vice president Michael de Plater says why and how Shelob The Big Hissing Spider Mamma is able to turn into Shelob The Sexy Witch Lady. They also dropped a new trailer for the game revealing orc tribe the Terror Tribe, but first... ladies.

Middle-Earth: Shadow Of War Dips Its Orcish Toes Into The Microtransaction Barrel

De Plater explains what drew Monolith to Shelob in the first place, suggesting that she is like a dark version of Galadriel or Gandalf in that she sends minions off to do her work for her, in this case Gollum. Unlike the good guys, he says "it felt like Gandalf and Galadriel kind of lied to the Fellowship a little bit about their chances and what differentiates Shelob is that she's completely honest. So she's evil, or perceived as evil, but she has this honesty to her". Galadriel is often used as the narrator of the Middle-Earth saga, and when looking for a dark version to narrate their new Mordor story they went on to Shelob. "We started thinking of her as this dark mirror to Galadriel and filling that role in our story of that narrator and what that would look like."

As for taking the form of a woman, Shelob is the daughter of Ungoliant, who is described in Tolkien lore as "a primordial dark spirit that takes the shape of a giant spider", meaning that Ungoliant could turn back if so it pleased, and Monolith suggests that Shelob has this power too. De Planer explains further:

"Why would you take the form of a spider? Because they're terrifying. It really is to provoke fear, there's a psychological dimension to that, and the other thing with Ungoliant and the spirit of darkness is this line that she hates light but she craves it, and so Celebrimbor and the new ring also represent this new thing that she has a love / hate relationship with." 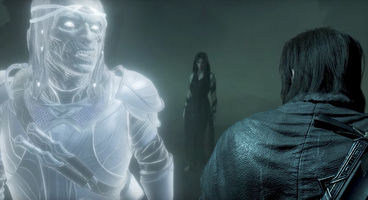 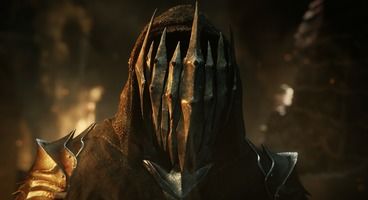 As huge Tolkien geeks, we're not entirely sure this is a satisfactory explanation. Ungoliant may have had this power but there's nothing to suggest that Shelob did. Monolith also interpret Gollum as the one who cast the Ring into Mount Doom and Shelob wanted Frodo out of the way to do just that, which is pretty much extreme fan fiction at best, nonsense at worst. Tolkien says specifically that Shelob just wanted something more tasty to eat other than orcs or Gollum, which is the only reason she allows Gollum to live so he can lure others there. And we're not sure that an evil spirit who appears as a spider 99.9% of the time would take the form of an attractive lady in an evening dress for the remaining 0.01%.

Monolith and Warner Bros also dropped a new trailer showing the Terror Tribe faction of Orcs, who look to be all sorts of fun. They specialize in spreading fear throughout Mordor, and are one of the most brutal of Orc tribes in the game. They'll make good allies and terrible enemies, which you'll be able to experience through the expanded Nemesis system. You can see the new trailer below.

We're hopeful the final game will dispel the negative press Middle-Earth: Shadow of War has been building recently, with the odd Shelob appearance and the terrible, terrible idea of having microtransactions in this single-player-only game which never ends well, either for the audience or the game. Shadow of Mordor was truly excellent and Monolith are a great developer, but with the game due out October 10th alongside many other titles we're fearful for its future.

Are YOU looking forward to Middle-Earth: Shadow of War? Let us know in the comments below!