Fortnite's PlayerUnknown's Battlegrounds mode will be FREE, out Sept 26

Fortnite from Epic Games, their Minecraft x Horde Mode game, has had a rough time of it since it launched earlier this year. So in a rather forward-thinking move, they're bringing PlayerUnknown's Battlegrounds to the game in a whimsical new Battle Royale mode - and best of all, they've just announced that this PUBG mode is going totally FREE. It has a release date of September 26, and yes, it's F2P. Wow.

There's even a trailer, embedded below, which makes the game look very PUBG but also has an interesting structure in the middle. Apparently while it has everything you can expect from a PlayerUnknown's Battlegrounds-style game, such as having 100 players and a focus on finding weapons and supplies, it also allows players to build forts and cover - and destroy other team's structures. Squads are also coming to the game next week.

Interestingly enough, if you bought Fortnite between September 12-19 you are eligible for a refund! Just contact Epic to get it. And what of the main mode? Is it done for? Not according to Epic.

"Fortnite is still in development and we will continue to improve and expand both the PvE and PvP game modes. The team has big plans and is continuing to add features and develop new modes to play, including the previously announced “Block Party” mode. Stay tuned for some spooky details on our October updates soon." 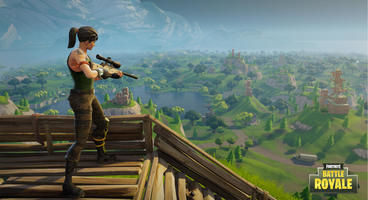 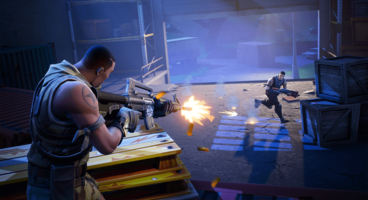 More details can be found here, although we've supplied most above. Fortnite certainly has had a rough time - it was announced waaaaaaaaaaaay back in 2011 and didn't appear until July this year... when it was soundly ignored, as everyone was playing PUBG and Overwatch. Copying PlayerUnknown's Battlegrounds is a good way to go. Even GTA5's doing it, so why not Fortnite?

Fortnite: Battle Royale will be out next week on September 26. For free. Woo.