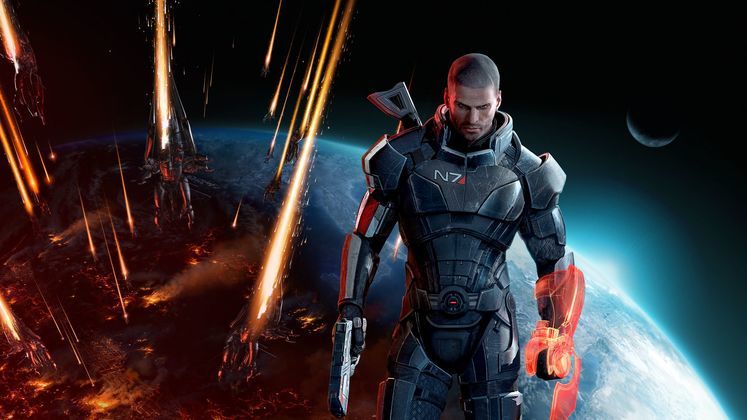 Ex-Bioware designer Manveer Heir, who worked on Mass Effect 3 and Andromeda and was let go in April this year, appeared on Waypoint Radio podcast and had some very strong views about EA's closure of Visceral Games and the "pivoting" of their Star Wars title away from being a "story-driven, linear adventure". He says that the "single-player triple-A game at EA is dead" and that EA "don't actually care about what the players want, they care about what the players will pay for".

The designer, who watched Andromeda get mishandled and saw EA force multiplayer into Mass Effect 3, is not shy with his opinions on why EA doesn't want single-player-only games. He says:

"The problem is that we've scaled up our budgets to $100m+ and we haven't actually made a space for good linear single-player games that are under that. But why can't we have both? Why does it have to be one or the other? And the reason is that EA and those big publishers in general only care about the highest return on investment. They don't actually care about what the players want; they care about what the players will pay for."

He then talked about why EA are going in this direction, which is predictably enough microtransactions such as Loot Crates, which first started getting popular in Mass Effect 3 that Manveer Heir worked on. He also references a specific comment in EA's own reasons for closing the studio in the Visceral press release.

"You need to understand the amount of money that's at play with microtransactions. The amount of money we made just off those card packs was so significant that's the reason Dragon Age has multiplayer, that's the reason other EA products started getting multiplayer that hadn't really had them before, because we nailed it and brought in a ton of money. It's repeatable income versus one-time income. I've seen people literally spend $15,000 on Mass Effect multiplayer cards."

He then finally caps it off with talk of Bioware's next game Anthem, which is looking very like Destiny rather than a Bioware RPG, and how it's a sign of the end for single-player games at the publisher: "It's not a traditional-looking BioWare game, right? If that's what you're seeing from a place like BioWare, owned by EA, a place where I worked for seven years; if that's what you're seeing from Visceral now closing and going to this other Vancouver studio; what it means is that the linear single-player triple-A game at EA is dead for the time being." 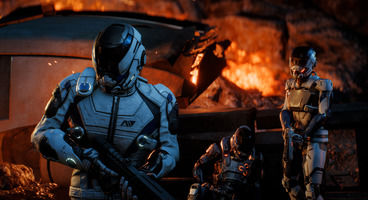 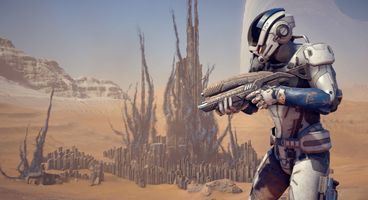 Manveer then goes on to talk about the state of Mass Effect Andromeda, and how it "isn't the game we started making. We started by making a prequel called Mass Effect Contact, and as we started testing things we realised a prequel wasn't a good idea and we moved to a sequel, which a lot of the team was happier with. We rebooted that game design multiple times, so the version of the game you see come out is probably the last two and a half years of direction." He also adds, "it was a real difficult project and time."

You can listen to the full podcast right here.