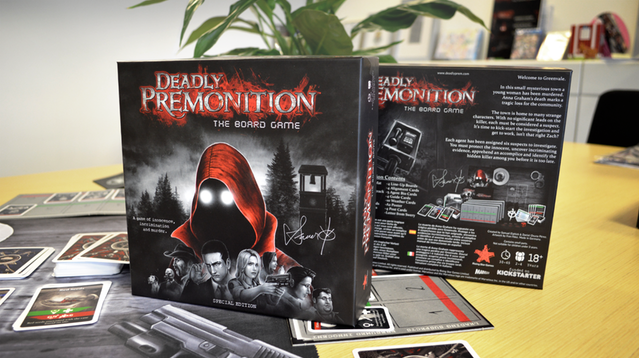 Deadly Premonition, the weird Twin Peaks-like action/adventure from quirky developer Swery, had a 2-4 player Board Game Kickstarted earlier this year - and now in December it's finished and ready to ship. And it looks suitable weird.

Check out our list of The Best Adventure Games on PC!

You can check out the Kickstarter here, and just a few days ago developer Rising Star Games announced that Deadly Premonition: The Board Game will ship to backers on December 7. We're getting confirmation of when it will be available to non-backers and will update this post when we know, but Play-Asia have suggested the store release date to be January 31 2018.

Here's how the board game is described:

"Deadly Premonition: The Board Game is a detective-themed 2-4 player card-based board game inspired by cult sensation video game Deadly Premonition and set in the mysterious town of Greenvale, following the Murder of Anna Graham... you and your fellow detectives must take on the task of protecting the innocent, incriminating the guilty, and working out who might not be who they say they are. With a hidden killer amongst the detectives, the race is on to identify a suspect as an accomplice in order track down the true killer."

Here are the game's contents: 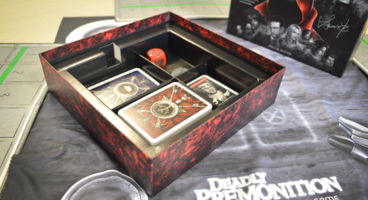 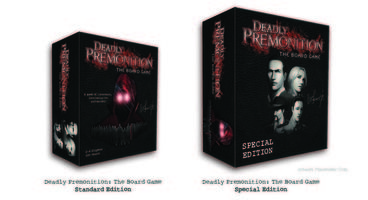 Deadly Premonition: The Board Game had a funding goal of $50,000 and came in at three times that, as 2,440 backers pledged $148,511. The Kickstarter page has all the details and it looks suitably mysterious and cool. At least it did a lot better than Swery's own crowdfunding campaign for The Good Life which only brought in 45% of it's $1,500,000 goal, which we said at the time was rather high. Hopefully we'll get to see that still as it looked really interesting, and it had cats in it too. 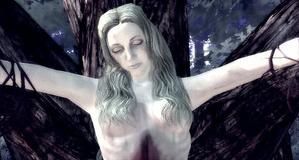