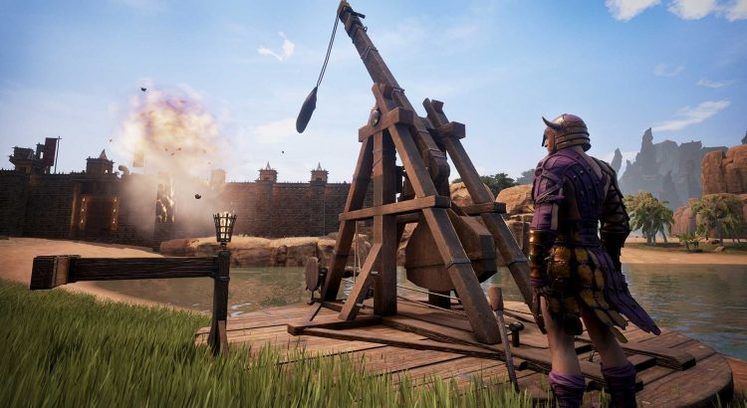 Starting to feel like your blades and clubs aren't so effective when trying to break into an enemy stronghold in Conan Exiles? You'll soon be able to rely on more than just your Avatar to do some serious siege damage.

Last month, Conan Exiles developer Funcom laid out future plans for their smash-hit survival title set in the world of Conan: The Barbarian. Hitting Early Access toward the end of January, it was understandably a little bare. With the Dye system arriving earlier this month, it's time for the first of a long line of siege weaponry to make the grade. 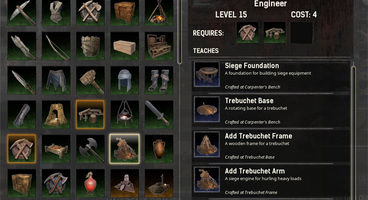 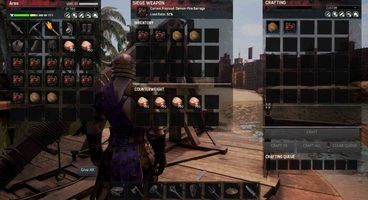 Arriving in 'update 23' comes the Trebuchet mentioned in those initial plans. Despite it being the first siege weapon to make it into the game, it certainly doesn't lack in the firepower department. Hurling boulders at enemy walls is its main feature - but it can do something just as special on the side.

What Else Are We To Expect During Conan Exiles Year-Long Early Access? Take A Look

With different types of fortress walls taking varying amounts of damage from the boulder, it may sometimes be necessary to launch 2 or 3 rocks that way before creating an opening for your fighters. After that, however, you'll be able to load the Demon-Fire Barrage - a cluster of explosive jars - to cause some serious area damage to the poor thralls scurrying to push back your advances.

You'll need to learn the Engineering feat to begin crafting this impressive piece of kit with the Demon-Fire Barrage being possible as soon as you learn to make explosive jars at level 38. Be wary, though. Savvy defenders will likely launch a counter-attack against your trebuchet once they hear the first boulder knocking. It's a fragile build.

Finally feel the need to enter the Exiled Lands? Green Man Gaming have Conan Exiles at £22.99. That's £4 cheaper than Steam.