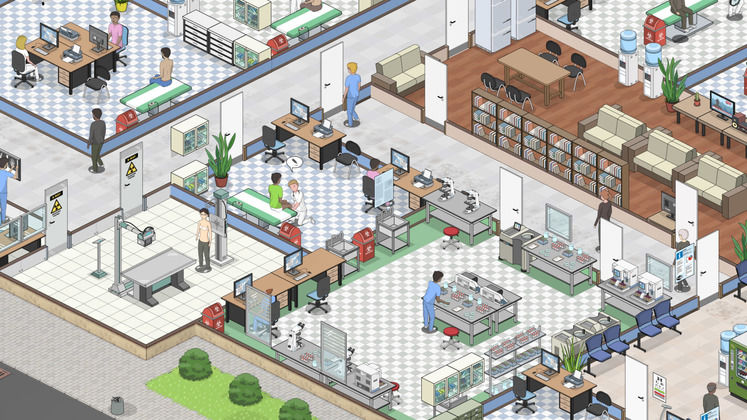 Check out the Best Strategy Games on PC!

The interview can be found here. Now any Sim Hospital game is going to get directly compared to Bullfrog's classic and very much beloved Theme Hospital, which the developers accept, but they're keen to point out the differences. Developers Jan and Ondra from Oxymoron say:

"...we are being compared very often to Theme Hospital, the set-up is more realistic so patients come with real-world diseases and injuries and then it's basically a modern game in this genre, so you have the building side you have the management side and then you have the quite complex system where you can diagnose patients."

However despite the lean towards realism, Project Hospital is fully moddable and players can add in their own diseases and treatment centres - so Oxymoron full expect mods to turn Project Hospital into a more direct unrealistic Theme Hospital sequel.

"It should be already quite easy to add a new disease with matching examinations, treatments, and so on to the game, and of course we are quite curious as we've seen basically big public outcry for a new Theme Hospital so I guess a mod with bunch of crazy diseases and Inflated Heads is bound to happen at some time!" 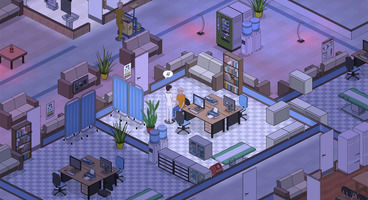 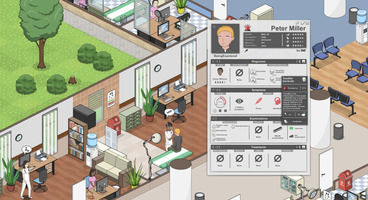 Oxymoron Games is a Prague-based studio with veterans of the industry who have worked on the likes of Mafia II, Mafia III, Quantum Break, Top Spin 4 and Euro Truck Simulator. Project Hospital is their first game and it's due out sometime this year. It's been 20 years since the release of Bullfrog's Theme Hospital and it's still uniquely playable today.

On January 16, veterans of Bullfrog and Lionhead will be announcing a sim game which may or may not be connected to Theme Hospital. We'll be keeping a close eye on that and Project Hospital.