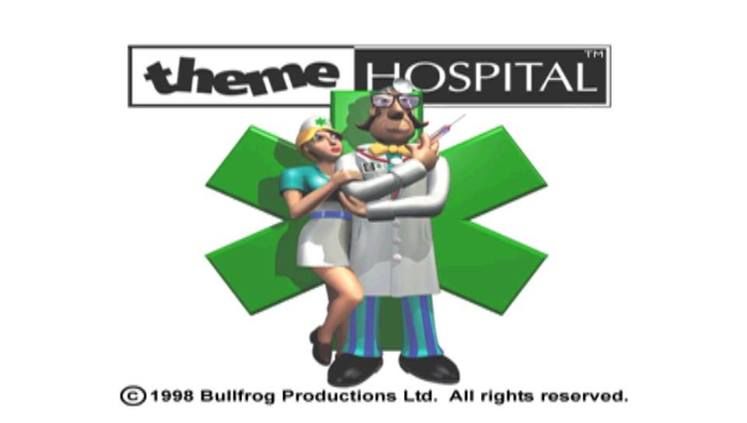 The new Sim game from the ex-Bullfrog and Lionhead team at Two Point, partnering with SEGA, will be announced this coming Tuesday - and evidence is building that it will indeed be a spiritual sequel to Bullfrog's much-loved Theme Hospital.

User Kifimbo on Resetera pulled up a registration for 'Two Point Hospital' from the studio, and even a logo.

SEGA, meanwhile tweeted out a lightbulb picture to advertise the announcement on Tuesday. While we don't believe that a lightbulb is used anywhere in Theme Hospital, it's more for a general sim game symbol, and more importantly it shows that SEGA are indeed supporting the game. We're excited, definitely. More on this when the announcement happens. 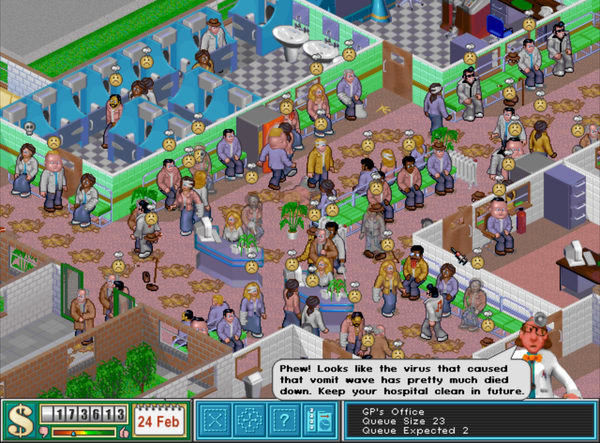 Two Point Studios, a new developer made up of veterans from Bullfrog and Lionhead, have announced a, er, announcement, saying they will be announcing their new game on January 16. It will be published by SEGA. It all leads us to wonder what game it could be, and we're here to suggest it could be a new Theme Hospital.

Our feature on the Rise and Sudden Fall of Lionhead

We'll be announcing our game on January 16th 2018. pic.twitter.com/yHc5qXR55K

We're trying to identify the music to see if it offers any clues, but it's not our original guess of the Theme Hospital soundtrack.

The team at Two Point is made up of veterans from Bullfrog, Lionhead and Mucky Foot, who between them worked on Theme Hospital, Theme Park, Startopia, Fable, Black & White and more. Two Point say on their Twitter that they are specifically working on "sim games" with SEGA. Since Planet Coaster has the Theme Park-building genre pretty well sewn up and Startopia was Mucky Foot-only we're doubtful Two Point will make either of those, but a new Theme Hospital has long been hoped for. There's a similar title called Project Hospital coming but it seems to be lacking the humour that made Theme Hospital so attractive and addictive. 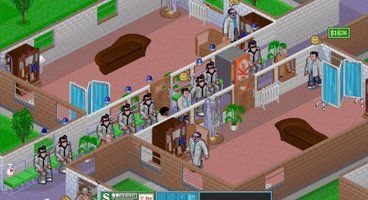 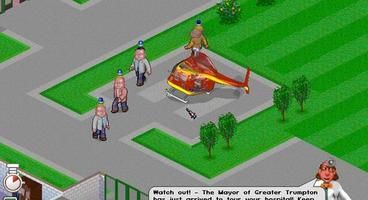 Just yesterday we reported how Peter Molyneux regretted selling Bullfrog to EA, so we're glad to see that the developers are still making quirky, fun games.

PC Gamer spoke to John Clark, Sega Europe's senior vice president of commercial publishing, during E3 about Two Point when they signed them up. He said, "They have their vision, they have a vision which aligns with Take of that what you will. They're definitely making sim games, anyway.