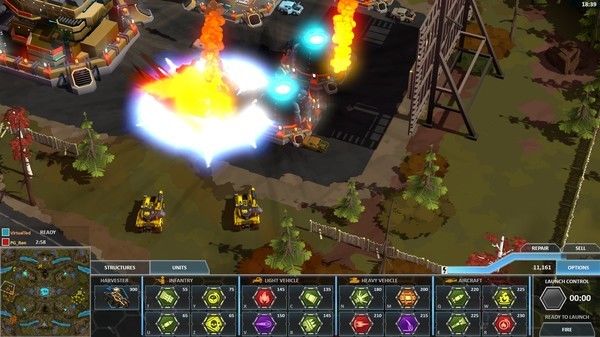 Petroglyph, the ex-Westwood team behind Command & Conquer, Star Wars: Empire At War and Grey Goo, took to Reddit for an AMA (Ask Me Anything) to celebrate the release of their latest game Forged Battalion. Responding to a question about their last big single-player title Grey Goo, the developer suggested that RTS players are less interested in story campaigns and more interested in "shorter, more intense multi-player experiences" these days.

Check out our Hands-On Impressions with Forged Battalion, with gameplay of the first two missions and Faction Creator!

Our list of the Best Strategy Games on PC!

You can see the comment from Petroglyph developer "Ted" below, or in context here:

"Forged Battalion really has more of an emphasis on building your own faction through the tech tree upgrades you unlock, whereas Grey Goo was extremely story-driven. With our last couple games, our stats seem to indicate a lot less players are involved in the single-player campaign, preferring instead for shorter, more intense multi-player experiences. So, that's where we have taken FoBa. There's still a campaign there with a light story element, but it's more a vehicle to enhance your faction for later battles against AI or human opponents."

He added, in case you have fond memories of the great story-driven cinematic campaigns of Command & Conquer:

"Could we make a game like that again given the budget? I can say that those cinematics were EXPENSIVE. They were awesome, and we loved 'em, but they were a good chunk of the budget. At the end of the end of the day we have to sell enough copies to end up in the black so we can at least keep doing what we love. And while there's still a demand for great story-telling, it's not what it once was, which makes it hard to convince publishers (and ourselves) that we can make it work financially."

Rather disheartening stuff, especially as I personally can't stand playing RTSs in multiplayer (at least against random people) and I'm purely in it for the single-player content. Basically more people have to buy RTS games and say specifically they like the single-player to turn these stats around. 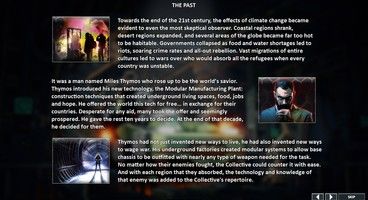 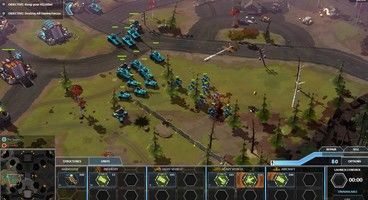 Regarding the campaign in Forged Battalion itself, in our playthrough we enjoyed it but it certainly needed a bit more work. When asked about the single-player side of the game, developer Torpid said they were planning 5 Acts with the 2nd in February, but Ted adds:

"We'll be gauging the relative popularity of the campaign versus the other features (or desired features) to see whether we should build an Act 3, 4, etc. - or focus more on new features, such as unlocks for the tech tree to add more variety to faction builds... I can't stress enough that we are really looking to the community to see what they want next - that's the excitement (for us) on releasing this as an early access title."

So if you want more single-player story campaign in Forged Battalion, let Petroglyph know right now. It's certainly a lot of fun, but it could be even more.