Resident Evil 2 Director Hideki Kamiya told Remake team "Do As You Like", isn't involved with it

One of the internet's most anticipated games is the Remake of Resident Evil 2, and there are a lot of rumours and hopes flying but not a lot of announcement from Capcom. However Resident Evil 2's director Hideki Kamiya has been responding to fans' questions about the Remake. He trusts the team behind it enough to tell them "do as you like", and isn't helping out with it because he doesn't believe his advice is necessary.

Kamiya, who is currently at Platinum Games, tweeted the following, confirming that he had met with the RE2 Remake's director and trusts him and his team:

I went drinking with him last year & told him "Do as you like". That's the way directors should do. I trust him & his team ;) RT @GameEvilKnight: Do you think they will do your game justice ?

He then confirmed that he's not involved with the Remake, and doesn't feel his advice is needed:

It' not necessary. RT @RoboGuy2K: Even if you aren't officially involved, has anyone working on REmake 2 come to you for advice on it?

While it's sad that the original game's director isn't involved with the Remake project in any way, we're happy that at least he thinks the game is in good hands - and to be fair, Capcom have made a few good Resident Evil games since he left. 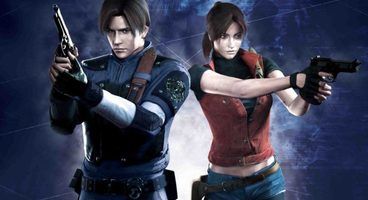 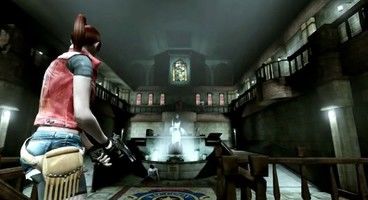 There have been a lot of rumours floating about recently involving the Resident Evil 2 Remake and a possible Trailer or Release Date Announcement. Capcom caused a stir when it tweeted out a seemingly dull message alongside a photo of a table, but which had a Resident Evil 7 dummy finger and a Typewriter - the way games were saved in the pre-Resident Evil 4 days - just in shot. They had to confirm that this was not the tease of an announcement.

This doesn't mean there isn't an announcement coming, of course. The Official Resident Evil 2 website is currently a white screen with "OK" on it, suggesting that it's being updated.

Resident Evil 2 Remake was announced in 2015, and we've been waiting patiently since. With Resident Evil 7 now completely done, hopefully the Remake may even be out this year. Here's a video of the fan version, which Capcom shut down to make their own version: