Surgical Scalpels Talk Boundary, a FPS where you can wear an Unicorn Spike in Space 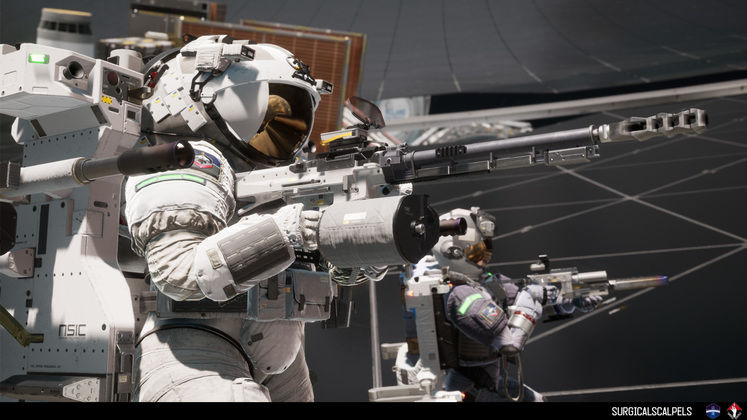 These days there are too many FPS to count, with newer titles arriving all the time. This over-saturation leads to some games being dismissed entirely with very little chance of making a splash. Boundary is trying to get around this by taking the genre and flipping it on its head...

…or at least throwing you into a zero gravity environment with jetpacks and level design that is sure to make your head spin. We talked with Frank Mingbo Li, CEO, Technical Director and Founder of Surgical Scalpels and posed a few questions about their upcoming game.

GameWatcher: With full controller support available, does this mean Boundary is coming to other platforms in the future?

Frank Mingbo Li: For now we’re focusing on PC and PlayStation 4, but obviously we’re keen to explore whatever opportunities we have in relation to other platform availability as resources allow. Being a fairly small team we have to be able to dedicate the right resources to doing that. That being said we are obviously also looking at the potential of the Boundary I.P and next gen consoles too but that all depends on how well Boundary on PS4 and PC does before we take that leap.

GameWatcher: The trailer showed some destructibility. Is this scripted or does it extend to other parts of the maps like corridors and walls?

Mingbo Li: There is real-time destructibility in the game, we felt that it was important to give the player that active feedback in the game and add the destructive capability of modified modern weapons. The large reflective panels can be shot out and shot through, so players can eliminate enemy players on the other side and shoot a pathway through it. In the game nanotechnology self-heals these panels over time but we’ve looked at adding destructibility where it makes sense and maybe something we continually look at during release. Walls and corridors won’t collapse but we know that players like to have the feeling of power in FPS games so we’ve had to balance what can be destroyed and what can’t.

GameWatcher: The Steam page talks about customisation. Will this follow the standard progression tree we see in other first person shooters?

Mingbo Li: It follows a similar path yes. Customization refers to weapons, space suits etc, for the most part we want to give players the ability to customize a weapon to their own liking from the various assets available, kind of like COD Warzone. Camo options for spacesuits, patches and various other embellishments, that sort of thing. We even have a pink unicorn spike for astro-operator helmets - that seems to have struck a chord with the Discord community who would like to weaponize it. 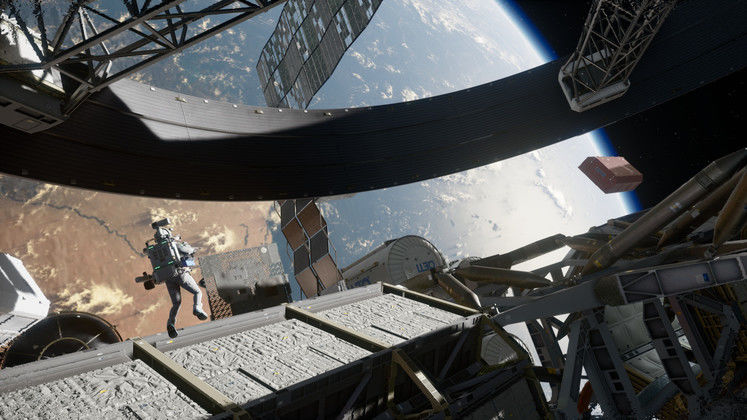 GameWatcher: One of the hardest parts of putting together a new FPS is making the teamwork feel rewarding and accessible. What have you done to encourage people to work together in Boundary?

Mingbo Li: Well if you have a team made up of different classes, that in itself is already quite rewarding, teams consisting of long range, close quarter and support give you the flexibility to balance out weak spots or counter attack. That isn’t to say a team consisting of entirely assaulters can’t do well, on the contrary but a team that can utilize different skills and different character performances really does make a difference.

GameWatcher: The grappling hook for quick movement looks like a lot of fun. Will it work like a line you can use to swing or is it more of an A to B type deal?

Mingbo Li: Depends on how you use it, for example you could be taking enemy fire and need to close in on cover quickly, deploying your grapple and pulling yourself into contact with that surface gets you out of danger. The grapple can be used to slingshot you too, so if your aim is spot on you can use that to get to areas quickly.

GameWatcher: We also watched the grapple being used to grab another player. Does this bring them in close for a knife kill?

Mingbo Li: Yes, but it's not available in-game yet but we’re looking to bring that option into Boundary at some point in the very near future.

GameWatcher: Boundary has taken the normal map design in a new direction with zero-g environments. Was it difficult to make layouts that work from every angle?

Mingbo Li: Challenging but not as complicated as you might think but obviously they have to work in the sense that visually they make sense and are believable structures. Maps take on a whole different appearance if you’re rotating on an axis too since what was up is now down and what was down is now up, that entry hatch above your head may all of a sudden be at your feet if you’re rotating. Players find that learning curve eye opening in the sense it's an entirely different way to move and control your player in an environment like zero G. The feedback we got from EGX in October last year was that it was something new and fresh to the FPS genre.

GameWatcher: How many maps can we expect to see on release and are there different game modes available?

Mingbo Li: The current plan is we’re hoping to deliver 7 maps and at least 4 modes to start, the modes themselves are based on either deathmatch or capture mode types. In addition to that we have plans to bring new maps, modes and classes and weapon content as updates and DLC later on as well.

So there we have it, up is down, down is up, and you can wear the head of a unicorn. All in all the game looks interesting and, ironically considering the setting, a breath of fresh air. Could it add a new challenge for FPS fans? Players can find out more and add the game to their wishlist at Boundary’s steam page. 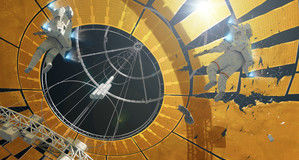