We’ve had access to the closed BETA preview build and taken a good hard look at the wild chaos and flying axes of the war between the Masons and Agatha Knights, and now we’re bringing what we learned back to you.

What kind of game is Chivalry 2 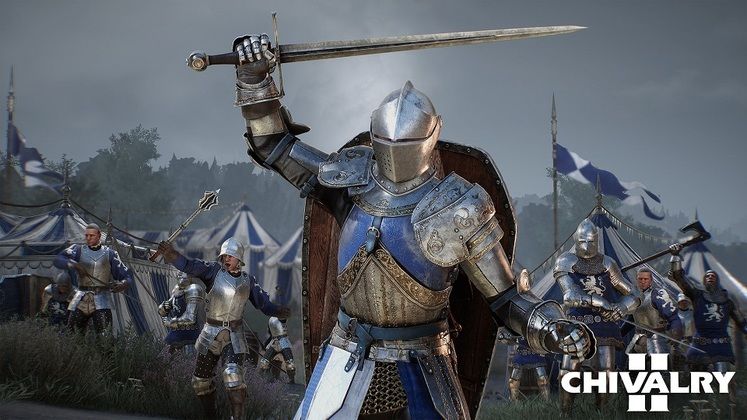 No sense in sending you to die for a cause you no nothing about, after all. Chivalry II is a multiplayer first-person hack and slash epic with whopping 64 player matches, chaotic, over the top action, and both objective and team deathmatch game modes. This is not a serious military simulation. Far from it. This is a game of Hollywood style action, over the top personalities, crazy gore and violence, all held together by an easy to learn difficult to master system of melee combat. Picture your favourite battle from your favourite medieval fantasy epic but replace all the goons with youu, your friends, and your soon to be victims. But just what are you fighting over? 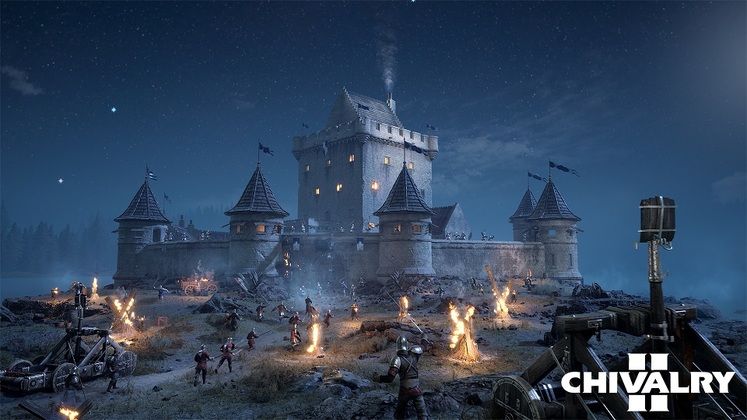 Continuing on from the original Chivalry, if anyone remembers that compelling narrative, the sequel brings players to the next chapter in the epic battle between the Agatha Knights and the Mason Order. The ruling elite of the Agatha Knights were overthrown by a rebellious Mason Order led by General Marlic after the disaster of the crusades. Now, twenty years on, Argon II leads the Agatha Knights in a bid to reclaim the throne.

The Mason Order has been a little tough on the people, believing in the power of hardship to create strength, but now their vision will be tested on the battlefields of a new rebellion. Just make sure you remember what colour you’re bashing as you charge into the fray. There’s only a very surface-level story here, but it’s a fun excuse to make fun of the other side and lends some weight to the objective based matches. But in the end, it’s all fluff. Ahem…Agatha for life. 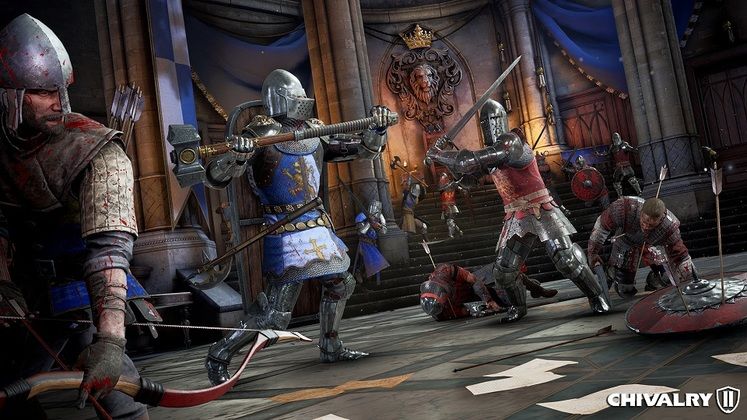 Just like Chivalry I players start by choosing between different classes. There are archers, vanguard, men at arms, and knights. Each has their own fighting style and specific suite of deadly weapons to choose from. Archers can pepper enemies from a difference, Vanguard possesses polearms, Men at Arms have access to shields, and knights bring the heavy arms and armour to the field. Each class has its own progression and a pile of different weapons and sub weapons to unlock.

Sub weapons are particularly important, as they can affect allies as well as enemies. Blowing an encouraging blast on the trumpet will heal, for example, while throwing a firebomb…well it does what it says on the tin. Just know that each class levels up on its own, so it’s best to experiment widely until you’ve unlocked everything before settling into a few favourites. 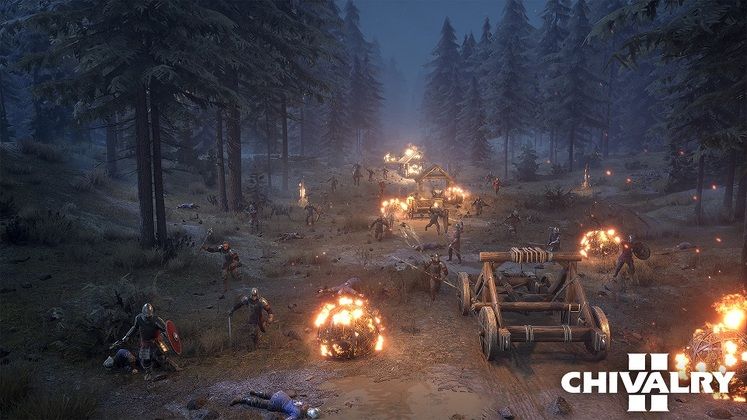 Chivalry II offers two distinct types of team based gameplay, objective and team deathmatch. Team deathmatch does what you think it would. Both teams line up, an NPC gives a stirring speech, then you run at each other and commence the butchery. It’s good fun, but the real meat of Chivalry II comes in the form of its more numerous objective maps. These see one side attacking and the other defending a series of linked objectives across a huge map.

Objectives can vary from escorting a siege ram to a gate, to destroying trebuchets to finding and killing the heir to the Mason throne, who just happens to be the highest scoring player on the Mason side that session. The variety of objectives add some geographical twists to the standard capture the flag formula, and the fluff that surrounds each one makes the game more engaging for sure. By far the more interesting of the two types of scenarios in Chivalry II.

Everything is a weapon 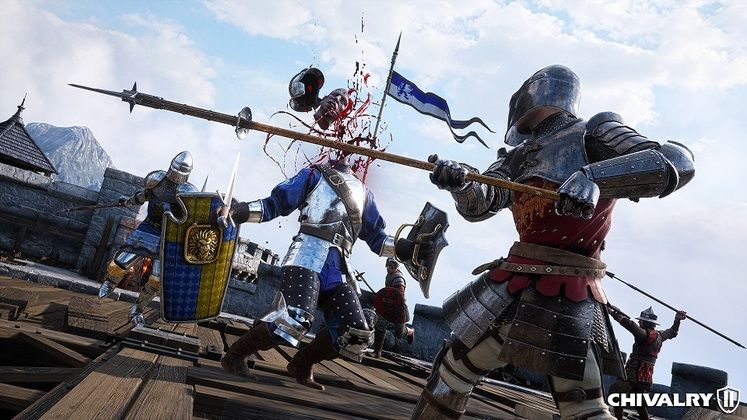 We’ve been over the fact that each class has access to different styles of weapon, but everyone on the battlefields of Chivalry is equally capable of using the environment to their advantage. From pitchforks to torches to chickens and, yes even each other, anything can be used in a pinch to gain an advantage over the enemy. Just watch out for bolt throwers.

This is Hollywood history 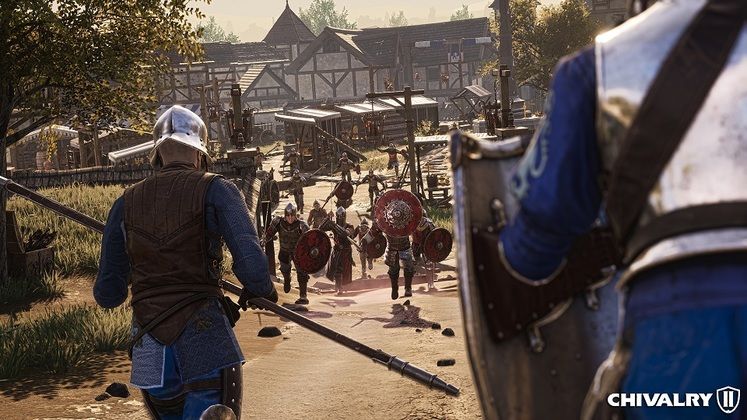 There is absolutely nothing realistic about combat in Chivalry II, and that’s perfectly fine. This is not a simulation by the developers own admission. Instead, this is an homage to the feeling one gets when sitting down to watch your favourite medieval war films. The goofball commentary and weaponized chickens add to the thrill and the humour of battling in Chivalry II. It’s important to remember the fifth time you’ve just been dunked on by a skilled player that it’s a wacky game simulating wacky Hollywood fights, and someone has to be the mook that gets decked by the hero. Sometimes, it’s going to be you. Ok, maybe a lot of the time. 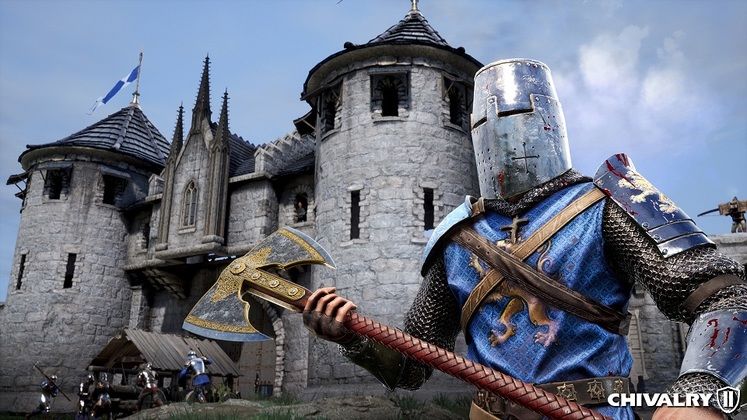 Chivalry II is another in a long line of good multiplayer action games that place teamwork above individual skill. While getting good at Chivalry is definitely satisfying, and being able to competently solo enemies is always a bonus, there is nothing wrong with teaming up, backstabbing enemies, throwing barrels into duels, or otherwise doing what you can to keep your team on the winning side of history. This is a team game and the collective wins or loses. All the crazy skill in the world won’t matter if you’re standing alone while the enemy objective gets completed behind you.

Lift each other up 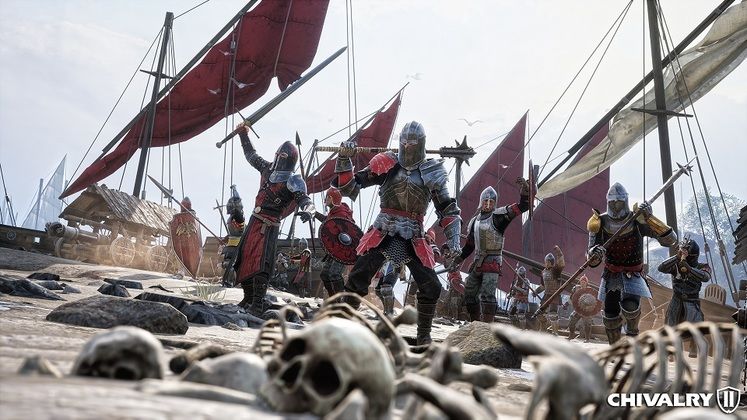 Chivalry II brings in healing, and a downed state familiar to Call of Duty Players. Take just the right amount of damage and you’ll end up on your hands and knees, but that certainly isn’t the end. While downed you’re free to punch at the crotches of enemies, and doing so well enough will allow you to stand up of your own volition. But, the faster way will always be the helping hand of a teammate. Allies can pick you up off the ground and get you back into the fight much quicker, and there’s no need to go bringing a fist to an axe fight. Remember, this is a team game, so lift each other up…and bring down the Masons. That’s right… I said it.

Aim with your sword, not your eyes 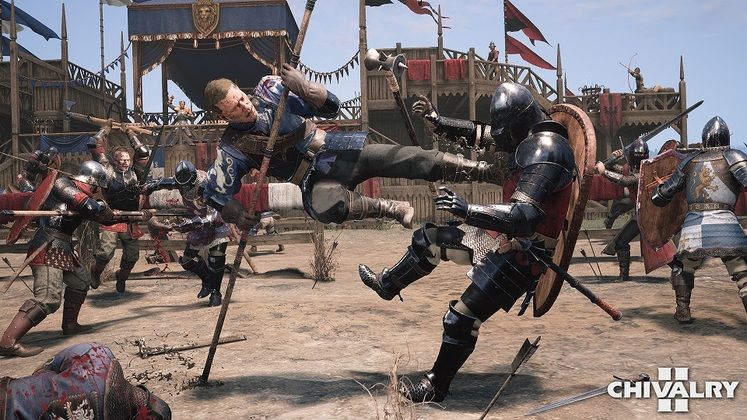 Chivalry II has a refined system of momentum and movement that makes swordplay a joy. But it bears remembering that Chivalry II requires a certain nuance to movement. Your weapon connects with the enemy in physical space, so it doesn’t matter where your crosshair is pointing as long as the weapon goes where it needs to. This means that, in practice, what matters is where you place your weapon during its swing. More often than not, moving the camera to bring a weapon in range before your enemy does will net you a hit. Keeping this one simple rule in mind will help you win many a fight. 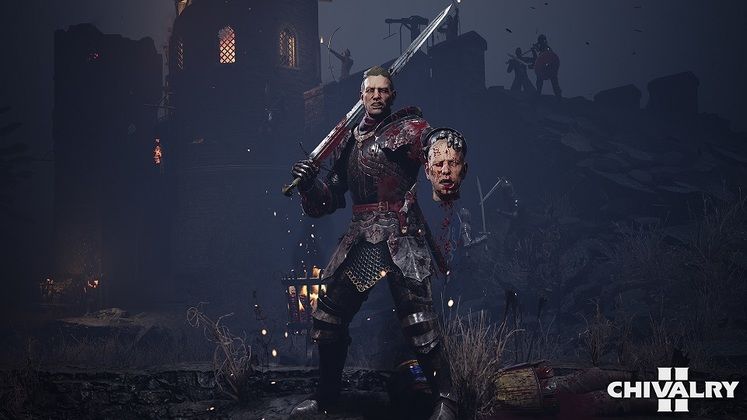 Chivalry II has quite the pedigree to live up to, but it also has some stains to wash away. One of the major issues that many players had with Chivalry I was the growing META of swing manipulation. This was the result of the movement system at the core of Chivalry I. Chivalry II however has a completely different system of momentum that means you won’t be seeing knights run at each other backwards trying to manipulate the numbers. I have it from the developers themselves that they’re going to be keeping a close eye on developing metas to ensure nothing so isolating as swing manipulation again rears its ugly head.

As long as they keep that up, Chivalry II looks like the true successor to the multiplayer melee hack and slasher that we’ve been waiting for since the first game.

Now that you’ve got a sense of what Chivalry II has to offer, I hope we’ll see you on the battlefield repping the Mason or Agatha cause. Just don’t forget to pack your war chicken and a fresh change of uniform. You’re probably going to need it.

Studying a PhD in East Asian military history, Joe is one half of the 'Let's talk about Wargames' podcast and a freelance games journalist.