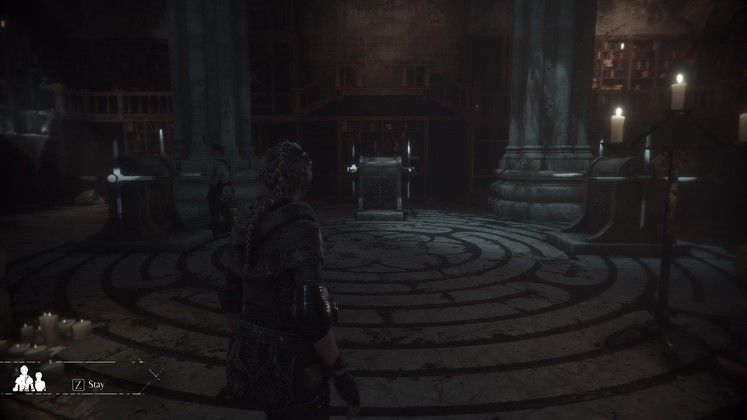 A Plague Tale: Innocence doesn’t shun away from throwing puzzles in Amicia and Hugo’s path every now and then. They’re a neat break in between stealth sequences and getting the book with the red cover in Chapter 10 involves going through one such puzzle.

Here’s the solution to the Chapter 10 puzzle required for getting the book with the red cover and progressing the story in A Plague Tale: Innocence. 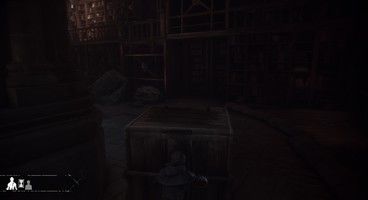 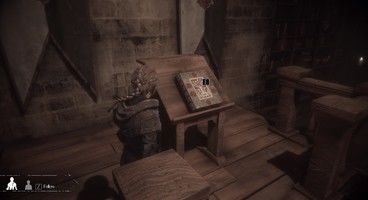 By the point you reach the Chapter 10 puzzle, you’ll have followed the heavily armored knight and his companion guarding the blacksmith, dispatched them, and entered a cave. Rodrik, the blacksmith, also joins you, turning out to be instrumental. Go to the end of the cave and you’ll reach a secret library with three cranks in the center. Each crank operates platforms in front of it.

The solution requires starting by having Rodrik operate the left crank and pulling the box out from under the platform in front of it once the weight is no longer holding it down. Push the box near the opening on the same side and climb up. Go to the left and push down the crate at the end.

The next step in completing the Chapter 10 puzzle involves having Rodrik operate the crank on the right to raise its associated platform. Move the second box right underneath the raised platform and go back on the higher level using the opening from beforehand. Make a right and have Rodrik operate the crank opposite to the entrance so that you can move forward. Tell him to release once you’re past the first obstacle, then keep going until you hit another obstacle. Have the blacksmith operate the crank on the right again, so that you can move through to the book with the red cover. That's the entire solution. Shortly after, a cutscene will kick in which progresses the chapter, letting you push further into A Plague Tale: Innocence. 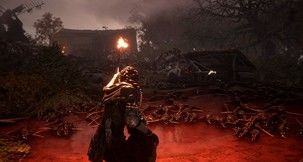 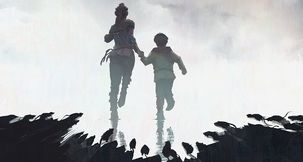 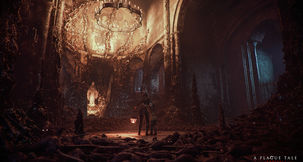