Aliens: Fireteam Elite Release Times - Here's When The Game Launches in Your Region 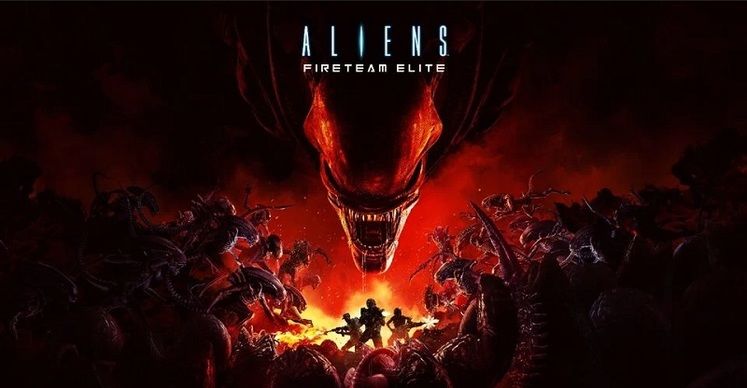 Aliens: Fireteam Elite will soon have its endless Xenomorph swarms descend upon teams of unlucky but well-equipped Colonial Marines. If you've followed the game since its announcement, you'll want to stay updated about its release times, so you can start blasting bugs as soon as the servers go live.

Luckily, Aliens: Fireteam Elite's release times were revealed by developer Cold Iron Studios and the wait, it turns out, is shorter than some expected. Pre-emptively grab your Pulse Rifle, keep it at the ready, and read on below to find out when the game launches in your region. 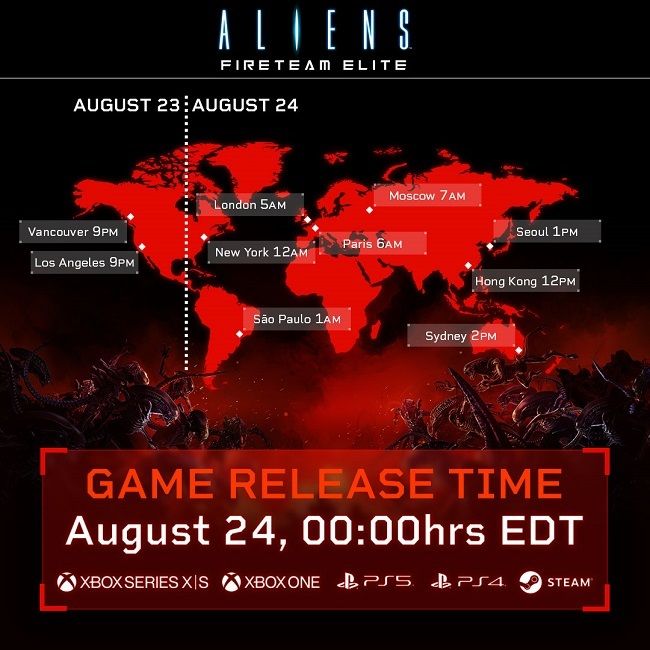 Most players will get to hop in and test the game's arsenal against its many terrifying enemies on August 24, its global launch being slated for 12 AM EDT.

Aliens: Fireteam Elite's announcement came as a bit of a surprise, but its pre-release screenshots and footage showcased a promising take on third-person co-op action and some terrifying Xenomorph evolutions. We'll soon see how well it holds up to the iconic name it bears.

Aliens: Fireteam Elite is incoming at 00:00 hours Eastern Daylight Time on August 24th for all platforms! We put together this map so you can better plan ahead for your awakening out of cryo sleep. See you soon at LV-895! https://t.co/GhWXc0vDl0 pic.twitter.com/4gmfCNcZB0