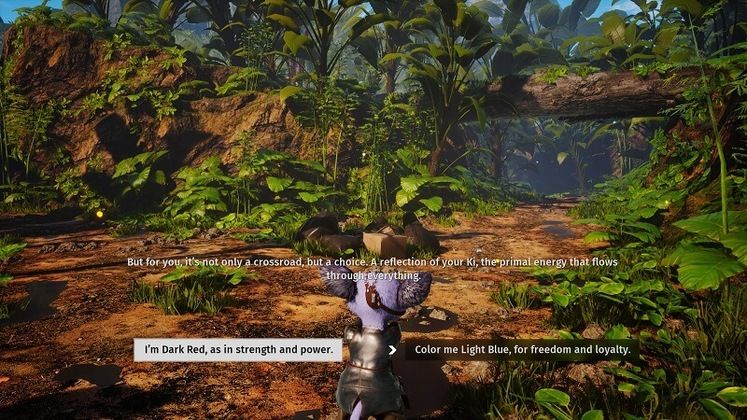 Biomutant doesn't take too long before throwing seemingly major choices your way. One of the first you'll encounter asks you to pick between Dark Red and Light Blue. The narrator describes it as a crossroads and, while he isn't wrong, your initial choice doesn't lock into any specific Alignment or Aura, as it's called in-game.

Dark Red stands for "strength and power" while Light Blue reflects "freedom and loyalty", so it's really a case of whether you plan on playing Biomutant as a good guy or a bad guy. Regardless of which you select, it will slightly nudge your Aura in that particular direction, but this is really minor in the broad scheme of things. 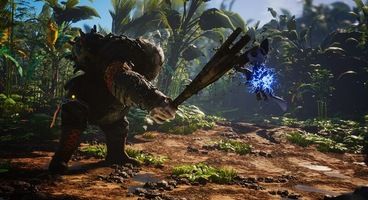 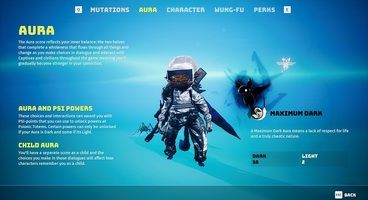 So, does choosing a Biomutant light or dark path make the game's outcome different? The simple answer is that it could.

The moral choices you make throughout Biomutant influence your Aura much more than this Dark Red or Light Blue choice. If you decide later on that you'd rather follow the other path, you can do so.

You'll get the opportunity to decide the fate of small creatures you capture and pilgrims you save. Dialog choices as well as which tribe you choose also play into your Alignment in Biomutant, determining how much of a good or bad guy you are.

Unfortunately, your approach to morality isn't reflected in too many aspects of the world, but does influence which ending you get as well as which characters you can recruit to your side after a certain point in the main quest.

Some Psi-Powers are also locked behind a certain amount of Aura. A character that leans heavily towards the Dark side while neglecting the Light won't, for example, have access to the Levitate power. The NPCs you meet will also have a line of dialog about your current Alignment, but that's about it.

To sum things up, feel free to go with your gut as far as choosing between Dark Red and Light Blue in Biomutant, as it doesn't affect all that much in the long run. For more help with Experiment 101's debut title, check out our character creation guide.