Biomutant Resistances - What They Are and How to Increase Them 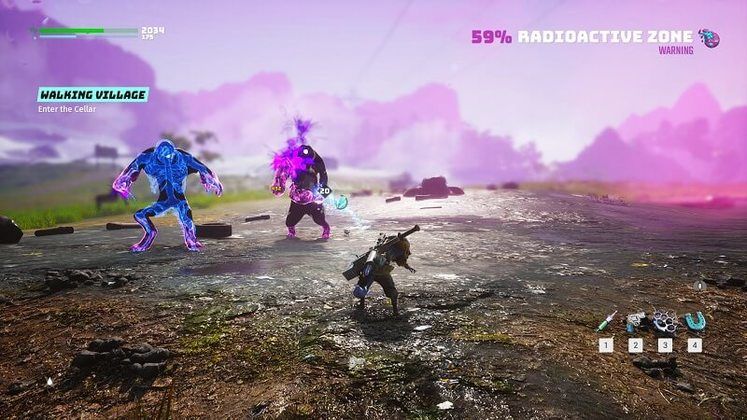 Biomutant Resistance comes in four flavors: Anti-Heat, Anti-Cold, Anti-Radiation, and Anti-Biohazard, each granting protection in areas contaminated with their respective element. If an area is covered in a red mist, you're dealing with Heat. Blue means that you've stumbled upon an area that's particularly Cold, pink signals Radiation, while green means that you've got to look out for Biohazard.

Your first contact with Resistances in Biomutant comes right during character creation, when you can set their base values. From there on, there are several means by which you can increase them. 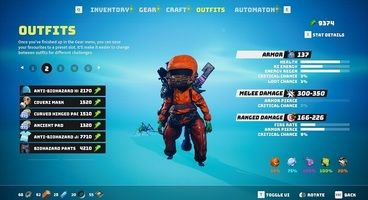 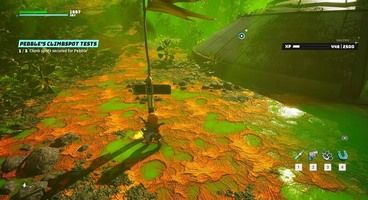 The Upgrade Resistances option found in the Mutations section of the character menu is one way. Here, you can spend different amounts of Bio-Points to increase any of the four Resistances by 10%. It's definitely not a bonus to overlook and very much one to take advantage of if you really want to dig through that abandoned factory you just discovered. At the same time, exercising a bit of patience might prove better in the long run.

That's because Bio-Points are also used to unlock a series of abilities. On top of that, gear is an alternative method of increasing Resistances in Biomutant, and most pieces do so by varying amounts. But wearing a hat that once belonged to the Pope won't fully shield you from Radiation. That's where special suits come in.

By far the most efficient method of increasing your Resistances in Biomutant, side quests unlock four special suits that fully protect you against each of the four hazards. The side quests in question ask you to align four Ping-dishes around the world. Positioning these satellite arrays the right way leads you to the locations of these suits. Getting them isn't much different from exploring any other location in the game and you won't have to chase separate pieces.

That being said, if you have many healing items to spare, you can risk exploring some contaminated areas even if your Resistances aren't up to snuff. The hazard takes time to build up to 100%, which is when it actually starts draining your health. In most cases, using healing items can keep you alive for a while, giving you more time to explore or just return to safety.

You can then get out of the hazardous area, wait a short while for the amount to reset, then dash back in. This isn't a long-term solution, though, and won't work if you're planning on going through longer underground sections. Eventually, you'll want to upgrade your Biomutant Resistances either by spending Bio-Points or by finding the special suits mentioned above.

For more help with the game, here's what we know about the level cap and microwave puzzles.