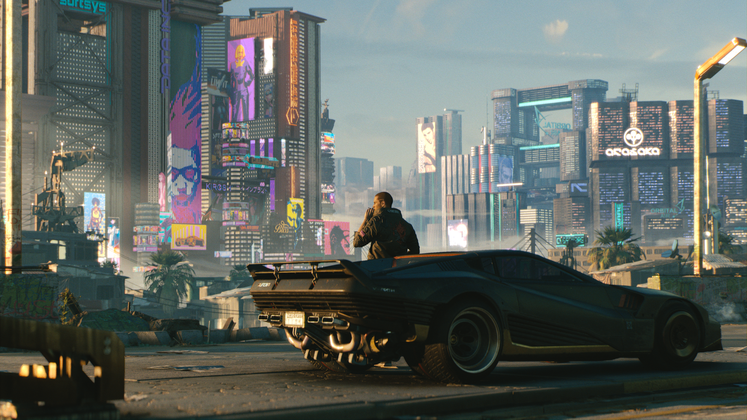 Episode five of Cyberpunk 2077 Night City Wire has aired. The final episode (before the game’s release next month), was packed with information about the game, along with some interesting behind the scenes interviews. We break down the best parts of the episode below.

It kicked off with a trailer that took a closer look at Johnny Silverhand and his connection to the player (and the storyline), before moving onto an interview with Keanu Reeves. The actor discussed his experience making the game and explained what drew him to the role.

English adaptation director Borys Pugacz-Muraszkiewicz then discussed what it was like working with Keanu and explained a bit about the drawn-out process behind designing Johnny Silverhand. He explained that multiple people, including, game directors, character artists, writers and marketing staff were all involved in the design process.

The game’s original score and in game soundtrack (that will be heard through radio stations whilst driving around Night City), was then explored. Multiple artists from around the world contributed to Cyberpunk’s soundtrack, which includes over 150 tracks. There is also an in-game option to switch to ‘streaming mode’ which will automatically disable and replace any tracks that may run into licensing issues on various streaming platforms.

Night City Wire presenter Holly Bennett, gave some details about the upcoming CD Projekt Red, My-Rewards Program. Cyberpunk players will be able to claim in game cosmetic items (such as a Witcher 3 jacket), by connecting Cyberpunk to their GOG account. The rewards system seems to work two ways, giving players Cyberpunk items for other CD Projekt Red related games—such as cardbacks and tokens for GWENT. More items are promised to be coming down the pipeline and more information about the program will be released soon.

Finally, if you don’t feel like watching the entire episode, there is a separate five-minute gameplay trailer you can check out. Cyberpunk 2077 is set to release on December 10th.