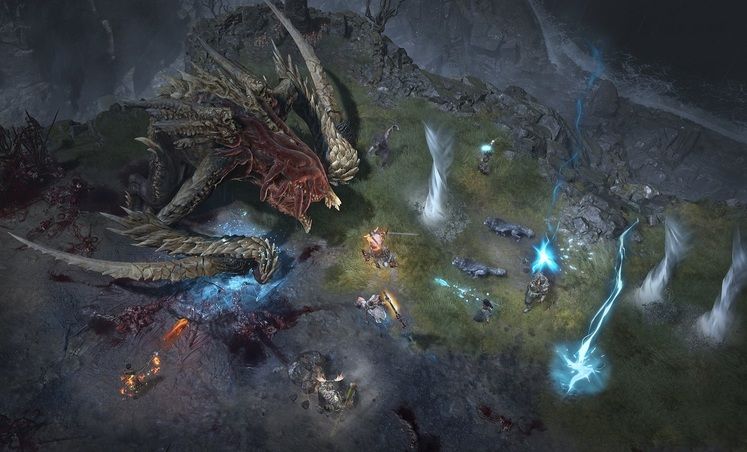 As Diablo 4 development continues, Blizzard has posted another quarterly update, this time delving deeper into the upcomign ARPG's skills and talents alongside the Sorceress Enchantment system.

Diablo 4's skills and talents will be handled differently than those in Diablo 3. The game's beautifully painted skill tree is split into two sections, the top one dealing with active skills while the bottom part houses passive skills.

As far as the top section is concerned, square nodes unlock the active skills proper which you'll use against the multitude of foes you'll encounter. Round nodes act as upgrades that give skills additional effects, while rhombus-shaped nodes unlock passive points. 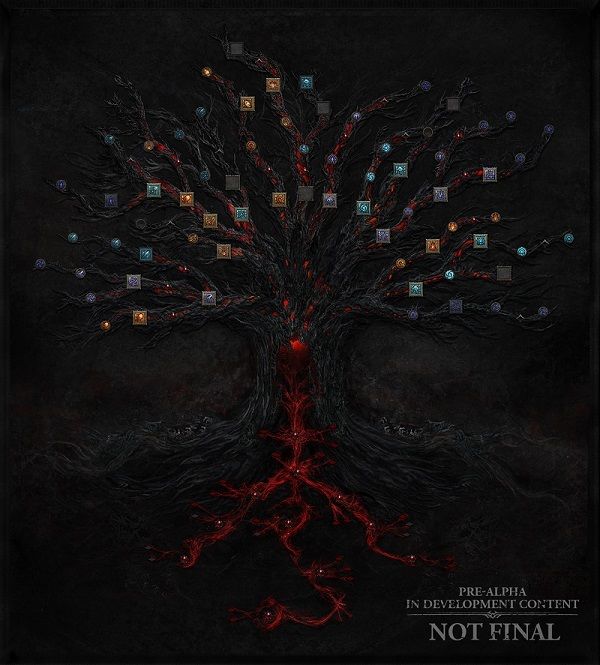 "If we imagine every single node on that massive Skill Tree affecting different skills in different ways, the path that you decide to take will determine big power increases and playstyle choices." Lead Systems Designer David Kim explained in the update.

The passive points can then be spent in the bottom section of Diablo IV's skill tree for permanent and more general bonuses to your character.

"One last thing we want to point out is that players will not be able to acquire every Skill Tree node. We’re currently aiming for 30~40% of the nodes filled in for end game, so that players can have very distinct, and different ways they build out their character." Kim added.

In the Sorceress' case, its class mechanic translates to being able to assign skills to an Enchantment slot, on top of the active skill slot available to all characters.

The system was exemplified using the Meteor skill. As an active skill, you can decide where the flaming boulder falls. While in an Enchantment slot, you won't have direct control over its position but meteors will periodically drop on top of opponents.

The update also briefly brings up the topic of Diablo IV's endgame progression. While specific details about it won't be shared soon, it is "intended to provide more depth and replayability than what Paragon currently offers in Diablo III."

"We, and many Blizzard gamers, have talked about the concept of 'easy to learn, difficult to master.' We believe that the end game progression system is where the difficult to master component will come in, and should meet the expectations of the most hardcore Diablo players out there." Kim wrote.

Diablo IV's next quarterly update will focus on updates surrounding legendary items and the Ancestral, Demonic, and Angelic Powers.

Blizzard is aware of the feedback surrounding the need to carry multiple items to access small bonuses, alongside legendary weapons representing too much of a character's power.

Diablo IV is currently in development for PC and consoles but does not have a set release window.