Diplomacy Is Not An Option Enters Steam Early Access Next Month 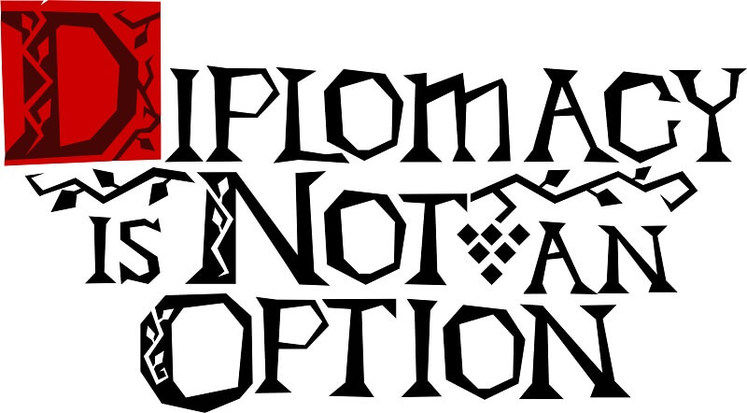 Publisher and developer Door 407 has announced that Diplomacy Is Not An Option will enter Steam Early Access early next month. Initially set to launch in late January, the title will take a few weeks longer before pitting players against hordes of peasants.

Combining tower defense and city builder elements, Diplomacy Is Not An Option puts you in the unlucky shoes of a feudal lord tasked with defending their lands from rebelling peasants while your king is away fighting other battles and pursuing vast treasure in distant lands. 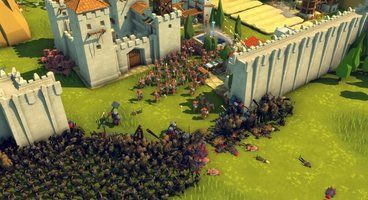 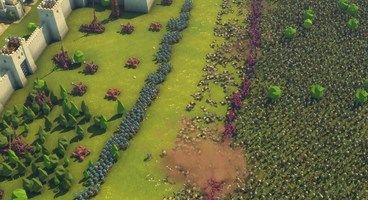 Facing "over 10 thousand enemies" alone sounds like a bad idea, which is probably why the game lets you build a settlement surrounded by sturdy walls, towers, and defensive emplacements like trebuchets, while also giving you a trained army.

Diplomacy Is Not An Option makes use of the laws of physics, so you won't find hit scan ranged weapons. You'll need to be careful about your tower placement and ensure that all your ranged units have clear sightlines to fill the attacking peasants with arrows or crush them under heavy rocks.

Spells like massive fireballs or a moving pillar of lightning deal devastating damage, but a strong economy is required to build up your settlement and recruit your army.

Your base and units require stockpiles of food, wood, stone, iron, and gold. While under siege, the merchant dirigible can provide an emergency infusion of resources.

Aside from rebelling peasants, starvation stalks your troops and unburied corpses can spread disease through your settlement.

Diplomacy Is Not an Option enters Steam Early Access on February 9, making its 2 first missions available to players who decide to accept the challenge it poses.

The developer will prioritize its campaign mode and aim to have its full version out later this year. You can learn more about it on Steam.