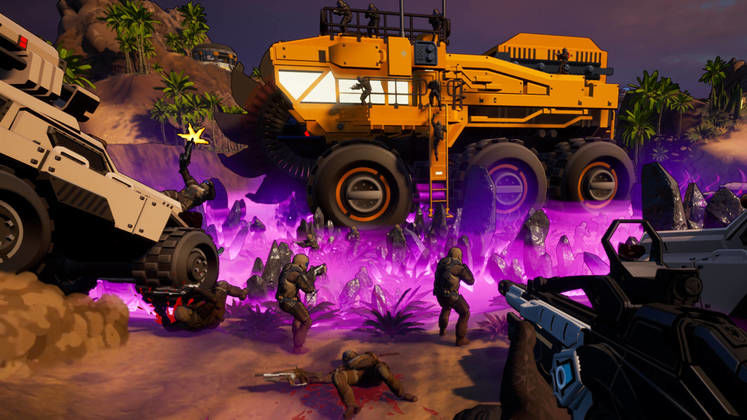 Publisher and developer Petroglyph has unveiled FPS/RTS hybrid Earthbreakers as its next project, scheduled to launch at some point next year on PC.

The comparison with Command & Conquer: Renegade – given how Petroglyph is made up of ex-Westwood staff – is inevitable, however, Earthbreakers brings a universe of its own to the table, while mixing base building with explosive first-person action. 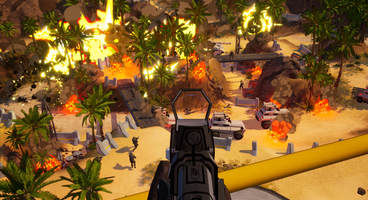 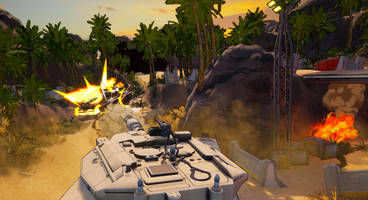 "You and your team battle for territory and harvest rare resources, while building and customizing your team’s base. Choose an infantry combat class, defend your base and supply lines, construct and pilot powerful military vehicles, and ultimately annihilate the enemy's HQ!", an official blurb reads.

The resource that powers your war efforts in Earthbreakers is called Vilothyte and can be harvested from multiple locations on the game's various maps.

The two playable factions will feature 12 infantry classes "ranging from grunt soldiers to elite heroes", 11 structures and 6 vehicles, which include a Harvester required for obtaining Vilothyte.

Bases in Earthbreakers are built using a "team purchase system", which requires players to coordinate, given how different structures open up the way to new units and useful upgrades.

You can check Earthbreakers out in its teaser trailer below or visit its Steam page for more info.