Here Are the First Details About Elite Dangerous: Odyssey's Combat

Publisher and developer Frontier Developments today revealed more details about Elite Dangerous: Odyssey's combat, showcasing some of the weapons that players will be able to use in battle when stepping out of their ship's cockpit next year.

Elite Dangerous: Odyssey aims to "take the nature of combat in space and bring it down onto the planet's surface." But while on-foot exploration is the upcoming expansion's main draw, you won't be limited to just first-person infantry skirmishes. 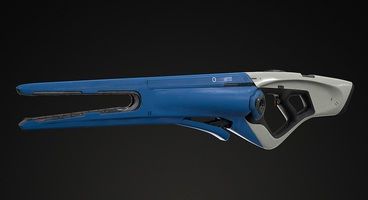 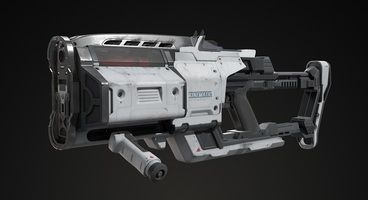 One of the key elements in Frontier Developments' approach is what it calls the "combat triangle", which enables commanders, SRVs and the good old ships you know and love to contribute to battles. "All of these elements join together so that the combat can span from the surface all the way into space." Game Director Piers Jackson said.

Odyssey's combat encounters take place both in exterior and interior locations, and your loadout will play a big role in how well you perform during them. When leaving your ship behind, you'll want to consider what suit to wear and which weapons best fit your playstyle.

You can wield three different weapon classes during these on-foot, first-person engagements: plasma, laser, and kinetic weapons. Each one is linked to a distinct manufacturer and easily distinguished between solely based on their looks but, as you can expect, they also sound and behave differently.

A rocket launcher comes with significant firepower but reduces your mobility, which doesn't apply to the lighter laser rifle whose magnetized magazine smoothly slips into its slot every time you reload.

You can check out Elite Dangerous: Odyssey's combat in action in the video developer diary below and catch up on Frontier's approach to exploration in our dedicated article from back in August.