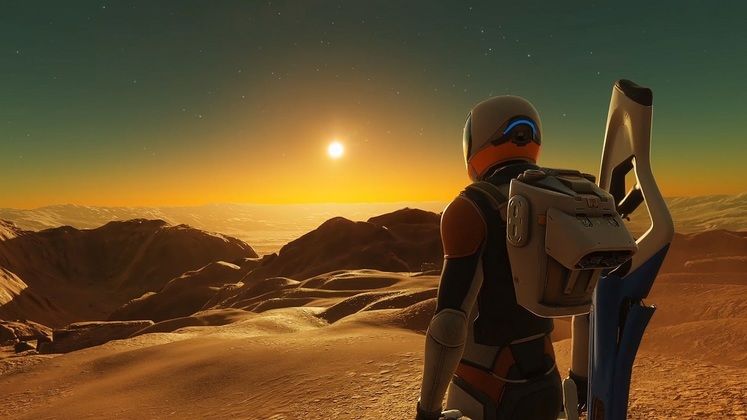 Elite Dangerous: Odyssey, the space sim’s second paid expansion, is looking to shake things up by letting players step out of their ships and explore new worlds while on foot.

Earlier this month, during the Frontier Showcase digital press event, we got to learn more about its exploration aspect. Frontier Developments explained its philosophy and goals behind letting players traverse worlds on foot while revealing a few new details about what players will be able to do when Elite Dangerous: Odyssey launches.

“With Odyssey, it’s the development of everything that was cool and great and unique about the original game, but taken forward with a new dimension added, and that new dimension is that you are now able to traverse this environment on foot.”, said Art Director Chris Gregory. 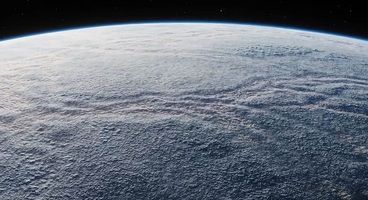 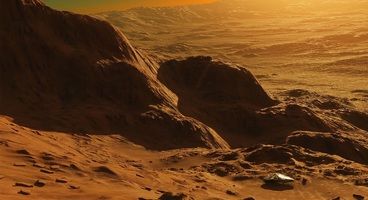 “The first time that you get out and you actually see your ship in front of you and you understand how massive these ships actually are, it’s kind of awe-inspiring.”, Lead Designer Gareth Hughes followed up.

Realizing how massive the ships are compared to the player character isn’t the only impressive aspect in Elite Dangerous: Odyssey. Once you set foot on one of its worlds, you’ll also be able to hear your breathing within your enclosed suit, which drives home the fact that you’re millimeters away from danger and death.

“One of the key things I really wanted to push was the idea that you kind of get that Neil Armstrong moment, when you actually set foot on a planet for the first time, had to have a slight emotional resonance to it, had to feel like you were literally touching the ground for the first time; it’s something we’ve hinted at with the ships but now you can really do it”, said Game Director Piers Jackson.

Frontier Developments has access to data regarding the types of atmospheres, surface pressures, composition, and temperature of the various planets it is recreating for players to explore, using it as a base for building these new locations.

Another aim is to make the planets – including the new rocky and ice worlds – look stunning as players discover them. Where ice worlds host features like palimpsests or cryovolcanism, their rocky cousins house mountains, canyons, and ridges.

Elite Dangerous: Odyssey will also introduce new types of flora that were built “to feel like convergent life”, recognizable to humans yet also looking appropriately alien and plausible to exist on the new worlds.

Players will be able to sample and extract genetic data from Odyssey’s new organic life forms. They can then keep it for themselves or trade some of it back at planet ports and starports.

“I think what Odyssey really represents for our players is the fulfillment of the promise that we made right at the very start of Elite, that we would finally allow people to get out of their ships and walk on planetary surfaces. We have the full scale where you can fly from one end of the galaxy to the other and now you can land on some of the planets and explore them on foot.”, Jackson concluded.

Elite Dangerous: Odyssey is set to arrive in Early 2021 and is headed to PC, via Steam, Xbox One and PS4.