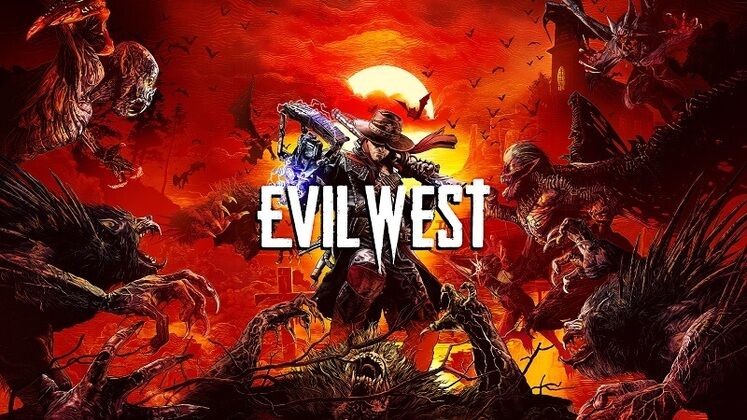 Give a man a massive iron gauntlet and he’ll punch his way through countless hellspawn. Add a rifle, revolver, and shotgun, and you’re looking at Evil West’s no-nonsense protagonist, Jesse Rentier, who has mastered the art of using violence to solve vampire-related problems.

Set in a supernaturally-infused version of the Old West, developer People Can Fly’s latest title looked like a straightforward third-person action game that pulled no punches from its very first reveal. After playing through one of its levels from further on in the campaign, that impression still seems accurate.

Evil West grants you infinite ammo, encouraging active use of your entire arsenal. While the rifle and revolver need to be reloaded after emptying their magazines, the shotgun acts as more of a cooldown-based ability. 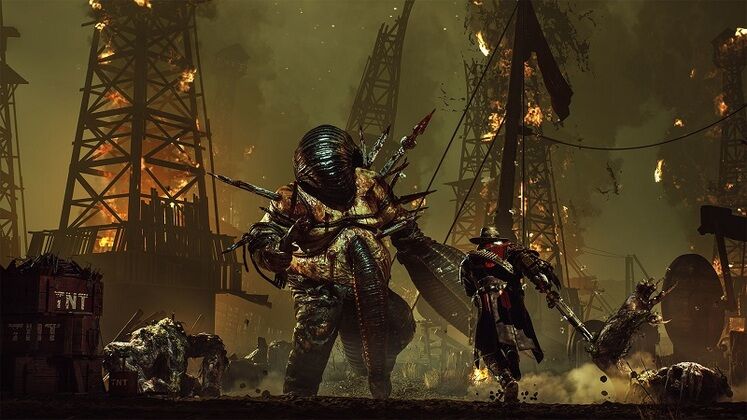 Switching between them is snappy and it’s a joy to watch Jesse unload all his guns into the nearest enemy before finishing it off with a mighty punch. It’s also easy to get absorbed by the intensity of the battles, but you do need to remember that the revolver and shotgun are best used up close.

The latter can also interrupt attacks, and properly timing blasts does save you a great deal of pain when dealing with bigger opponents.

Jesse’s gauntlet is also fairly potent, granting access to a couple of moves, like a powerful uppercut or an area of effect blast alongside different gory executions for each enemy type. 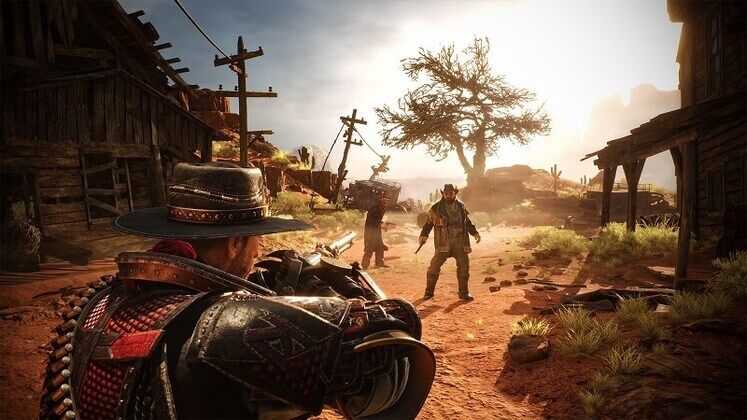 Relying mainly on it may not always be doable, but I never felt the need to, given how satisfying it was to weave together ranged attacks with punches and finishers that heal Jesse as he’s literally tearing monsters apart.

Two different progression tracks then let you unlock more moves and empower weapons as you play.

The rank and file vampires are most dangerous when they creep up behind you and, in tighter places, it wasn’t always easy to tell when I was about to be attacked.

They all telegraph their attacks – encouraging you to learn patterns – but fights can get especially chaotic when a lumbering guardian with a spiky shield or a larger, winged vampire foe joins in. 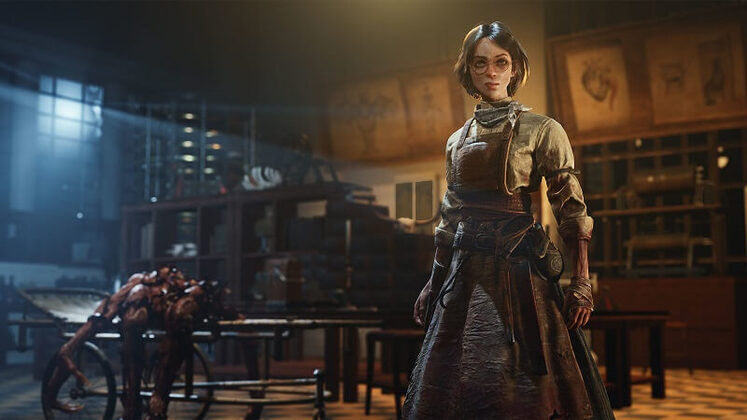 Jesse’s not exactly the nimblest fighter and the preview build’s enemies were rather bullet spongy, making some fights drag on.

It was also hard to warm up to him and his sidekick, being thrust well into their story, but a heartfelt narrative is probably not why you’d play Evil West in the first place.

That being said, as far as providing a focused, action-packed romp through a twisted version of the age of outlaws goes, People Can Fly looks to be on the right track so far.

Evil West is due out on November 22.