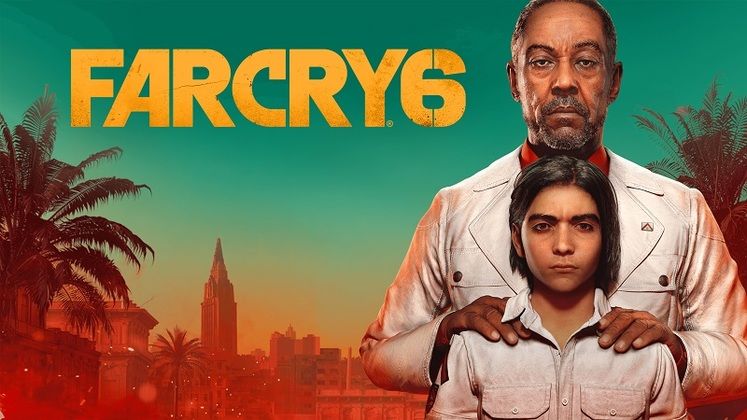 Far Cry 6 continues the tradition of open world games that publisher and developer Ubisoft is known for, which often brings up questions regarding its map size. Prior to launch, the island of Yara's varied environments were showcased alongside a variety of ways to traverse its territories and, having spent a good few hours shooting our way through it, we can say that there's plenty of ground to cover.

Far Cry 6's map size isn't immediately evident, as the game takes a bit before opening up completely. Its introductory sequence is more or less linear, taking place in the country's capital, Dani getting to grips with her role as a guerilla on smaller island before setting off for the mainland. 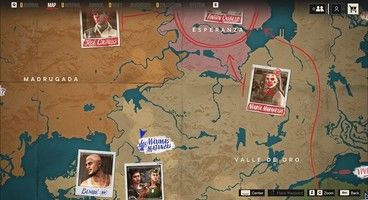 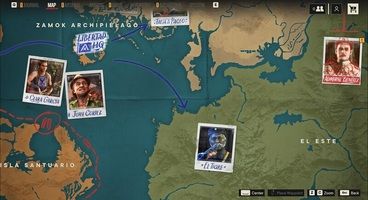 After this initial bit, however, Yara opens up. Over the course of the game, you get to explore a total of six territories of different sizes. The very first is Esperanza, the country's capital and Anton Castillo's seat of power. Your stay here is short and it'll be a while before you return, but it hosts the biggest urban area you'll roam through in Far Cry 6.

The second part of the introductory sequence is spent on Isla Santuario, where Dani meets the guerillas of Libertad, the faction they fight alongside. Afterwards, the faction relocates its HQ to the smaller Zamok Archipelago. This is also the point where Far Cry 6 opens up and you can get a better sense of its map size.

That's because from here on out, you're free to tackle any of the game's three big territories in your preferred order. To the north, you'll find Madrugada and its tobacco plantations, where the Monteros fight against Jose Castillo, Anton's nephew. Valle de Oro stretches across the mainland's center, Dani helping the rap group Maximas Matanzas to take down Maria Marquessa, Yara's Minister of Culture.

The territory of El Este stretches across the southern part of the mainland. Covered in mountains, Dani helps El Tigre, who fights against Admiral Benitez and El Yanqui McKay.

You'll need to secure the help of the factions in the mainland to bolster Libertad's forces before heading to Esperanza. As far as map size goes, Far Cry 6 doesn't feel like the biggest open world out there, but you'll still need to make use of cars, motorbikes, horses, and whatever other vehicle you can get your hands on if you're looking to minimize the time spent traversing it.

There are plenty of crates to open, crafting materials to find, and animals to hunt. Each territory is also split into several areas that have a recommended rank attached to them. You're free to tackle higher-rank areas but, ideally, you'll level up your skills as a guerilla first by sowing chaos elsewhere.

That's what you need to know about Far Cry 6's map size and territories. For more on the game, check out our guides on Ubisoft Connect rewards and cross-platform support.