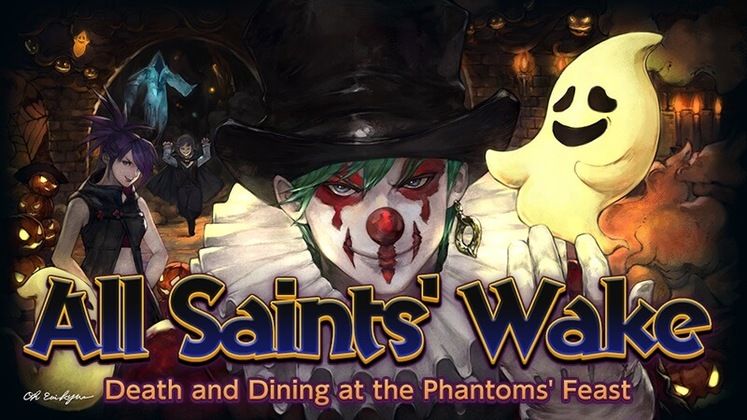 FFXIV's All Saints' Wake 2022 event returns after a two-year hiatus, with new quests and rewards that let you channel your inner slightly scary clown. Its start and end dates ensure that you've yet another distraction as you're grinding away at Endwalker's first raid.

FFXIV's All Saints' Wake 2022 event is one of the many events that the MMORPG's players can engage in this year, kicking off just as Heavensturn concludes.

To participate in FFXIV's All Saints' Wake event, you'll first want to make sure that your character has reached level 15 and completed the main scenario quest called "It's Probably Pirates." You'll then want to seek out the Adventurers' Guild investigator NPC in Old Gridania.

You'll find him on the Upper Decks at coordinates X:10.4, Y:8.4. Talking to the NPC lets you pick up the quest called "All Clowns' Wake" which you'll need to complete if you plan on obtaining this year's rewards.

In addition, items from previous years will be available at certain vendors, which is especially great if you're one of the MMORPG's newer players. You can take a look at the new goodies over on the event's special website.

That's what you need to know about Final Fantasy XIV's All Saints' Wake 2022 event, its start, end dates, and rewards. For more on the MMORPG, check out when the weekly and daily resets happen.