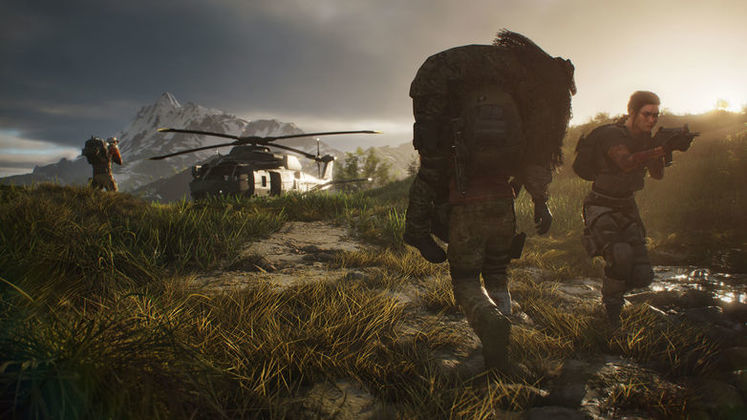 Ghost Recon Breakpoint's launch is nearly here, publisher Ubisoft revealing a number of details useful to anyone looking to see what Auroa has to offer. Pre-loading for the title is currently available on PC (both Uplay and Epic Games Store), as well as Xbox One.

PS4 players who've purchased the Ghost Recon Breakpoint Gold Edition an also pre-load the title now, given its start time being merely a few hours away. The publisher has also revealed the title's install size. 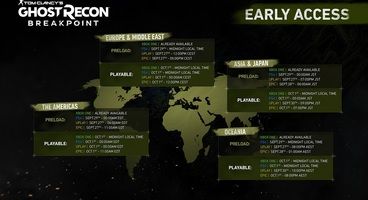 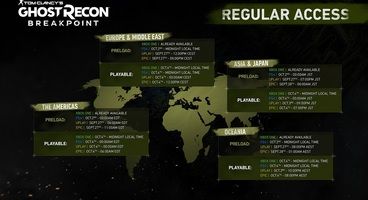 While PC and Xbox One players without the Ghost Recon Breakpoint Gold Edition can also pre-load the title, PS4 users with regular access have to wait until October 2nd.

Essentially, Early Access lets you play the game starting with October 1, while regular access means you'll have to wait until October 4th, the game's "official" worldwide release date, to hop on.

The various Ghost Recon Breakpoint starting times are detailed in the two handy images above, covering all regions. If you're in Europe, Early Access users can start playing on October 1 at midnight local time, with the exception of Epic Games Store users who have to wait until 12 PM on the same day. The same start time is available in Europe for regular access users on October 4.

Ghost Recon Breakpoint's install size, while not minuscule, is fairly conservative when compared to other major titles releasing nowadays. These are the exact numbers we're looking at:

Downloading the title on consoles after launch will result in seeing a larger download size due to the Day 1 patch being included in the download. If choose to purchase the physical version of the game, you'll obviously have to download the Day 1 patch (and any subsequent ones) before playing.

Ghost Recon Breakpoint is set to release on October 1 for owners of its Gold Edition and October 4 worldwide on PC, Xbox One and PS4.