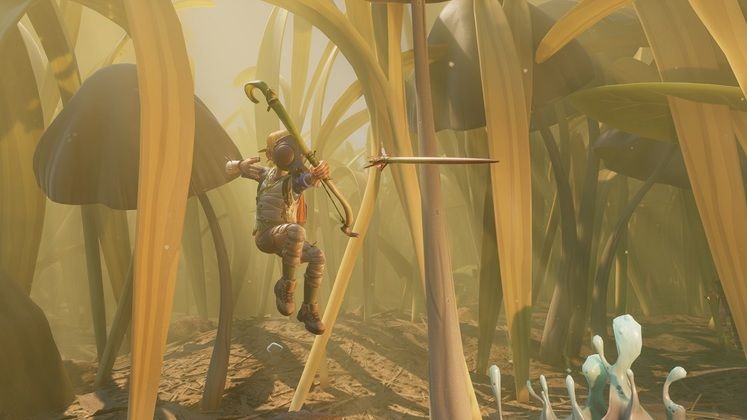 Crafting plays a big part in Grounded and knowing where to find Thistle Needle locations is vital if you plan on fighting the garden's many nasty bugs at range.

That's because Thistle Needles are used in crafting arrows for the bow you get rather early on in Grounded. The furthest you can keep spiders from you, the better.

When you set off in search of Grounded Thistle Needle locations, always look for a tall plant with purple flowers. After you've harvested a few, you'll start recognizing it by its rather distinctive leaves but, early on, the flowers are your best bet at finding the plant in the game's cluttered garden. 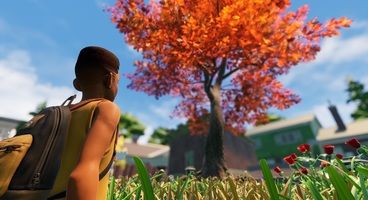 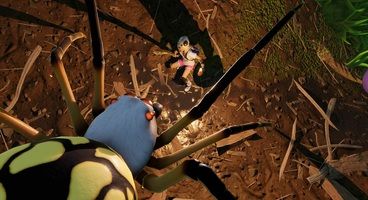 Before beginning your search for Grounded Thistle Needle locations, make sure you have an axe equipped, as you'll need it to whack the plant's leaves in order to harvest the crafting material.

You can start looking for Grounded Thistle Needle locations by heading south and slightly to the west from the Mysterious Machine. As you move towards the edge of the map, you should spot a few plants which you can freely harvest.

Another good Grounded Thistle Needle location is found near the oak tree, while a third waits in the Spade gulch to the east.

You may also bump into more as you explore other areas of the garden, which is why it's always good to keep the purple flowers in mind as a way of spotting Thistle plants from a distance.

You can whack the Thistle Plant's leaves as much as you want, as they don't seem to break. What doesn't benefit from the same invulnerability is you, so it's best to always start your searches equipped for combat, as you're bound to bump into bugs that think pacifism isn't all that great.

For more help with Grounded, check out our guides covering Ant Egg locations and cross-platform support. 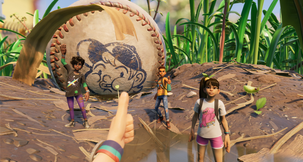