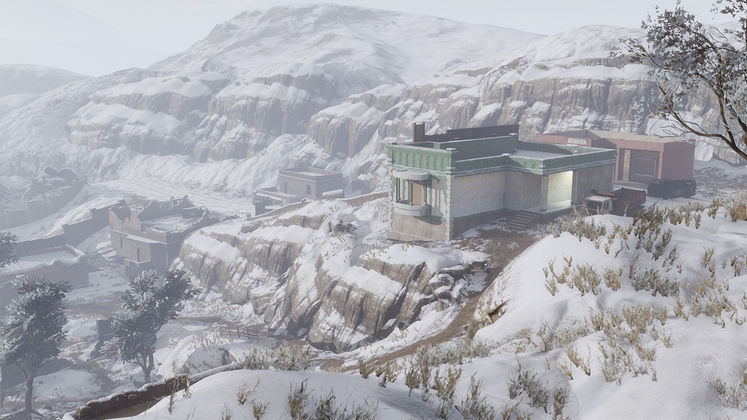 Insurgency: Sandstorm is going to have a very busy 2019, if the latest content roadmap is anything to go by. Developers have just revealed their plans for the rest of the year, and we'll be getting new weapons, maps, cosmetics, and game modes at no additional charge.

The free content roadmap references most of the content that's going to be coming to Sandstorm before the end of the year, and it's got some pretty exciting stuff on it. Dual-mode optics and night maps, in particular, seem to be fan favourites. 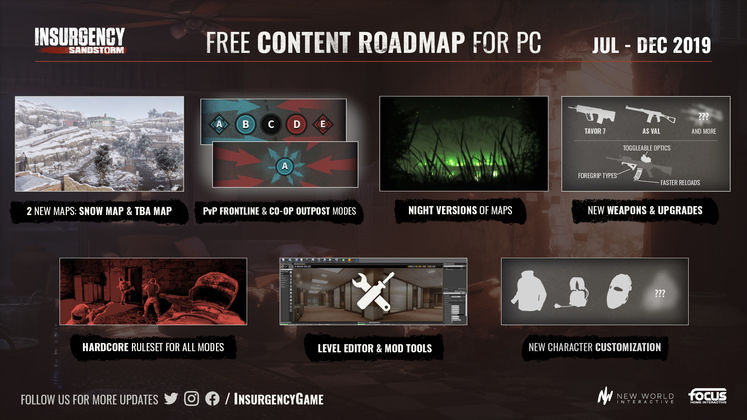 Firstly, and perhaps most importantly, the developer New World Interactive will be bringing full modding support to Sandstorm, with modders soon being able to produce "community created levels, game modes, rulesets, gameplay modifications, factions, weapons, and weapon upgrades," as well as lots of other stuff! Long-term, this might have the same effect on the game as it had on the original Insurgency, which now has a staggering 18,000 mods on the Workshop.

Furthermore, we'll be getting 2 new snow maps, and special nighttime versions of pre-existing maps. This will be particularly exciting as night-specific gadgets are also coming, including flashlights, NVGs, IR dots, and more.

Our armories will also be bolstered: expect Tavor 7 and AS VAL to be making an entrance sometime soon, alongside a wide variety of new and reworked optics, with a particular note being made for switchable dual-mode sights. New character customisations are also pending.

Furthermore, all of the game's playing modes will be getting Hardcore functionality, and we are to see PvP Frontline and cooperative Outpost game modes sometime in the future. So there's going to be stuff for everyone, no matter how you look at things! And it's all going to be free, to boot.

New World Interactive was careful to point out that, while all of this content will be released on PC before the end of 2019, consoles may have to wait a bit longer, though not too long. Stay tuned!