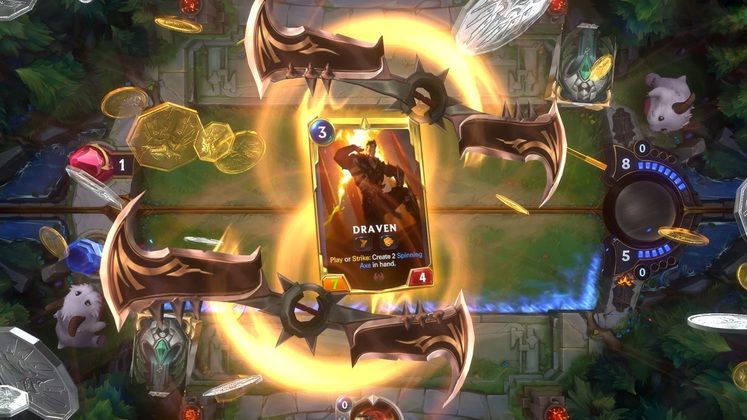 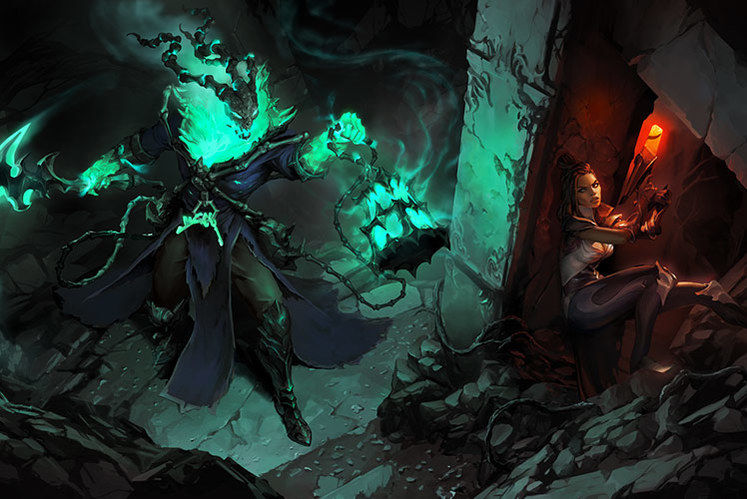 Here are all the changes introduced to Legends of Runeterra in its Open Beta Economy update, as per its full patch notes:

All account progression and content acquired during the preview patches has been reset. There will be no further account resets—anything you earn once open beta starts is yours to keep!

If you purchased content using Coins during the preview patches, we’ve reset any content you purchased returned that value back to your Coin balance. Your exact number of Coins has changed (more info in the next section), but we’ve made sure you’ll have at least as much purchasing power as you did before (i.e., prices have changed too).

As those of you who played during the preview patches may have noticed, our store initially used League of Legends’ RP price points as placeholders. That worked fine for a preview, but LoR is headed to mobile once we launch later this year, which means we need to establish our own price structure that aligns with standards on the Play Store and the App Store.

Overall, you’ll now receive fewer coins when purchasing them, but content prices have also gone down. Here’s an example (in USD):

LoR currently operates with ~25 currencies, and the exact price changes vary further depending on content (e.g., Common Wildcards are relatively cheaper, Epics relatively more expensive). Rather than try to exhaustively document all the different percentages, we encourage you to head to the store once the open beta starts and check out the various new price points for Coins and content in your local currency. Volume discounts (bonus Coins for larger purchases) have also changed (again, varies by currency), so make sure to check those out as well.

Finally, it’s important to note that price point standards on the Play Store and App Store are periodically updated by Google and Apple, so we expect to have to review and adjust our own structure over time. Whenever that’s necessary, we’ll share details as soon as we have them.

The Coin pricing overhaul required that we also adjust Shard values and rewards to preserve the 10:1 ratio between Shard and Coin costs for content. While we were at it, we also made some minor tweaks to relative Shard values (e.g. Rare & Epic 4th copies are worth a bit more, Common 4th copies a bit less).

Rewards (chests, expeditions, and the vault)

Vault, Expedition, Prologue, and general chest rewards have all been updated. Much of this is tied to the above changes, but we’re also aiming to make Expeditions more accessible for everyone by adding an Expedition Token to level 10 Vaults and making Shards a greater proportion of the rewards you get from your Expeditions. Here are the highlights:

With these changes, players should be able to more consistently finish their Expeditions trials and reach open play, and get a greater chunk of their Expeditions rewards in raw Shards they can put towards specific cards or more trials.

Finally, we're shifting the spread of XP across your games to help you make progress without the grind. The most noticeable change is bonus XP for your first few wins of the day. By frontloading the biggest chunk of your daily XP, we hope you'll play as many games as you want, not as many games as you have to. We've also buffed the XP you get from losses, because even LoR masters can't win all the time.

This shift gives you more XP up front and over both wins and losses by taking it from later games, which means eventually your XP gains will tail off as you reach many hours of LoR in a given day. Check out the exact numbers below:

Legends of Runeterra's Open Beta Economy update was accompanied by a broader update that targeted multiple other aspects of the collectible card game. Check out its patch notes.

Legends of Runeterra is now available on PC in Open Beta.