Mount and Blade 2: Bannerlord Caravans - How to Buy Them 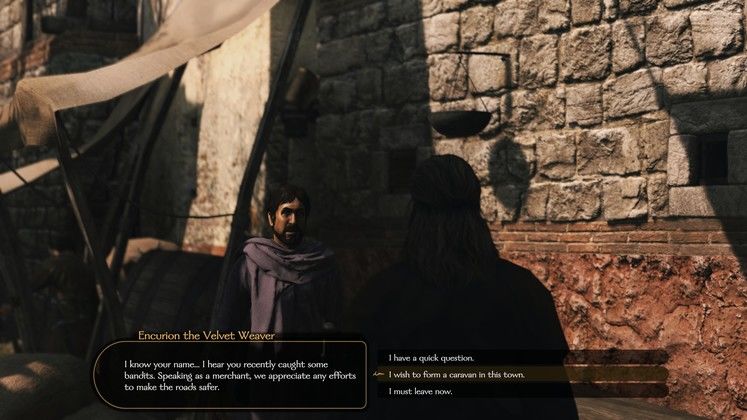 Buying and setting one up, however, requires quite a bit of resources. Here's what we currently know about caravans in Mount and Blade 2: Bannerlord and how they function. 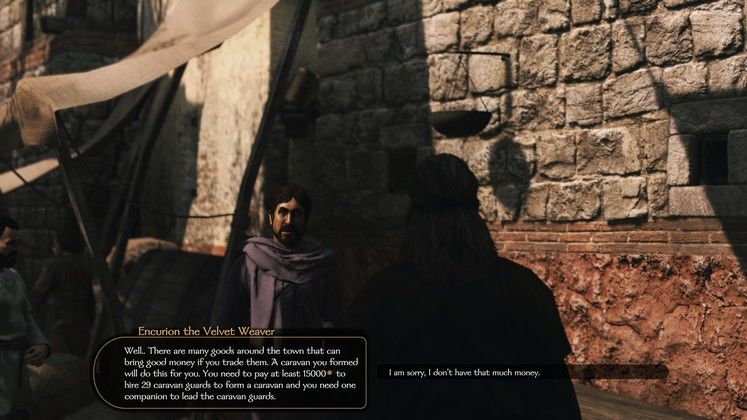 You can buy caravans from any of the merchants in Mount & Blade II: Bannerlord's large towns. Their surnames often indicate their professions which makes them easy to identify.

When you're in a large town, select a merchant from the row of portraits at the top of the screen or find one as you're roaming the town. Engaging in conversation should give you the option of letting them know that you want to form a caravan in that particular town.

The bad news, at least in the early game, is that caravans in Mount & Blade II: Bannerlord can be quite pricey.

The ones we could form required one payment of at least 15,000 denars, 29 guards, as well as a companion that would lead them.

Once you've formed a caravan, it will roam the land attempting to sell its goods, much like those you've likely encountered often on your travels.

As opposed to them, however, you cannot interact or follow with caravans that you yourself form, at least without the Trade skill perk that allows them to obtain rumors on profitable trade opportunities.

It's also worth keeping in mind that caravans take a few weeks before bringing in a profit. Perks associated with the Trade skill can also improve caravans in various ways like reducing the wages you pay to keep them operational.