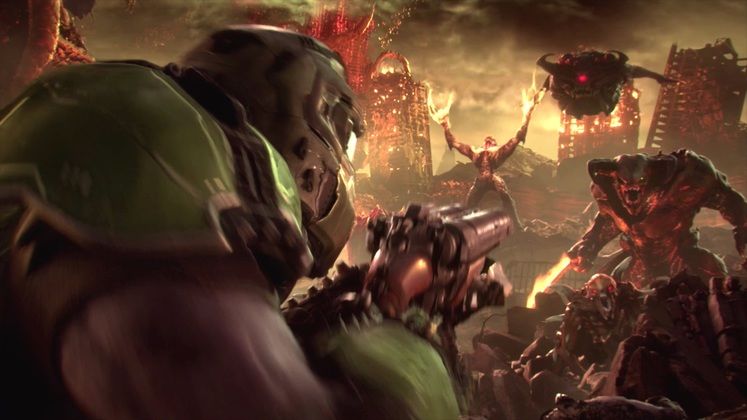 Doom Eternal may well be coming to Steam, much like Rage 2, but that doesn't mean it's going to be exclusive to Valve's gargantuan platform. In fact, Bethesda is bringing Eternal to Google Stadia, too - one of the most promising game streaming platforms yet.

New Doom Eternal gameplay was published on Youtube as part of Google's GDC 2019 developer session, and you, too, can now watch how the game runs on Stadia at the bottom of this article. 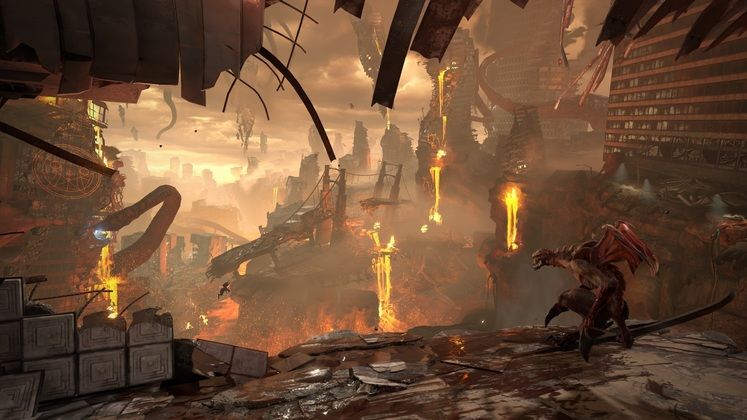 Aside from being a tad bit blurry, Doom Eternal on Google Stadia seems like a competent and fully-playable experience, with no frame drops or stutters to be found as of yet. The gameplay that's show here is all-new, mind and it does give us more of an idea of what Eternal might look like in practice once it's out.

For example, we now know how the nostalgic Extra Life power-up works: it's going to allow Doom Slayer to continue fighting after suffering catastrophic damage, at the cost of losing said power-up. To get it, however, some extreme platforming might be required. Whether that's what people have come to expect from Eternal, however, is another cup of tea entirely.

Starting at 40:32, there's about 7 minutes of all-new Doom Eternal gameplay to watch, so if you're very excited about the game coming out, be sure to check it out. 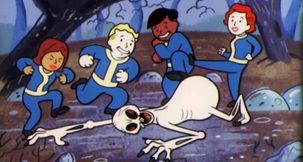 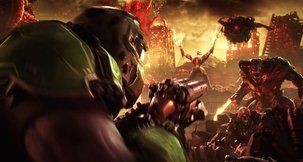 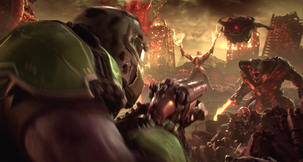