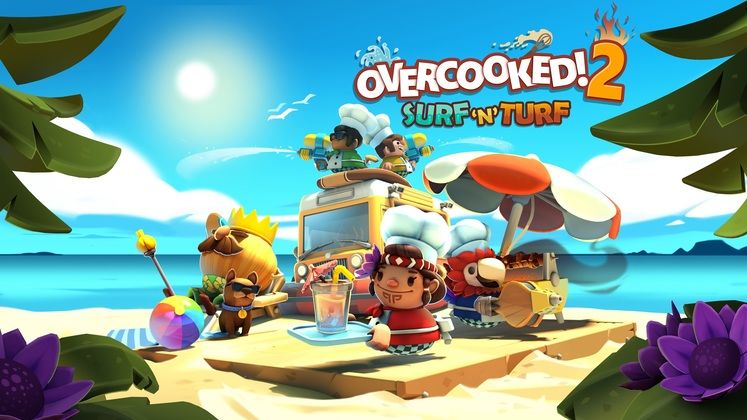 Overcooked 2 is a game about maintaining your composure under pressure about as much as it is a game about cooking. Though the developers have never been shy about adding free additional content left and right, they also know when it's time to get a new expansion pack out.

Overcooked 2 Surf 'n' Turf is the title of the latest Overcooked 2 DLC, and as its name might suggest, Surf 'n' Turf introduces a new coastal biome to the game's level map, allowing players to see how cooking works when the ocean washes away your ingredients every once in a while. 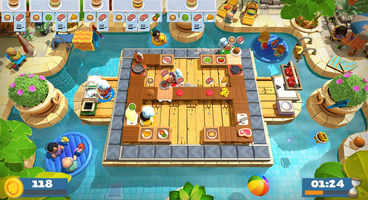 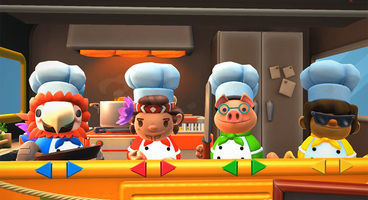 According to the developers, Surf 'n' Turf features more new content than you could shake a stick at. This includes, but is not limited to brand spanking new recipes, new characters, and no less than 12 new kitchens - each featuring its own challenges, too.

The new recipes will see players struggle with various fruit smoothies and kebabs, specifically, while you'll also get the chance to wash the dishes using a water pistol. Why? At this point, we ought to ask ourselves - why not? Of course, Surf 'n' Turf also comes with a number of new playable characters, such as the parrot-chef.

Overcooked 2: Surf 'n' Turf is set to release via Steam later today, and is going to be priced at $5.99, so if you're itching for more content to add to your copy of Overcooked 2, there's no reason not to go ahead and grab Surf 'n' Turf as well.