Rage 2 Brightness Options - Is there a way to increase Brightness?

15 May 2019 | 2 comments | By Chris J Capel
Rage 2 is out now and it's a lot of fun, but it can be sometimes hard to see things sometimes once the wasteland gets dark. It can be a really dark game at times, so it's understandable that players would be looking for a flashlight or Rage 2 Brightness options.

Are either of these things in Rage 2? A flashlight is understandable, but it can't be the only AAA game out there without any Brightness setting in the Video Options at all - right? Especially when finding things in the dark is such an annoyance? Right? RIGHT? Let's look.

Are there any Rage 2 Brightness Options or a Flashlight? 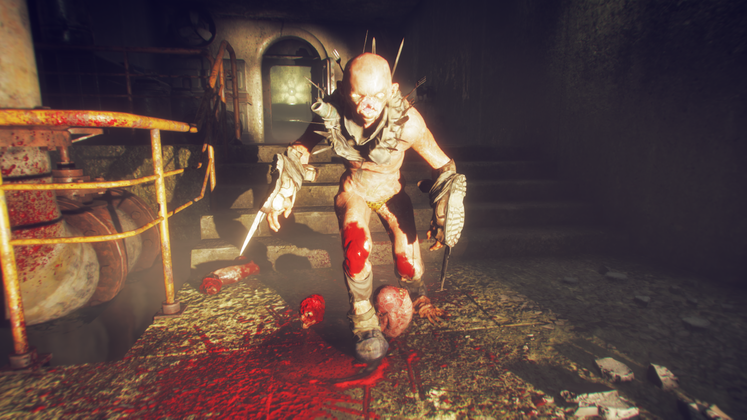 As mentioned, Rage 2 can be a really dark game at times, despite being set in a bright desert. Once you get inside, or in a cave, the important Storage Containers in particular can be hard to make out - let alone enemies. The first thing we, and we're sure other players did, is head to the Video Options for Rage 2 and look to turn up the Brightness Settings.

This is hard to accept, but for now we have to - there are no Brightness options or settings in Rage 2, or any way to increase the Brightness or contrast within the game. There is no flashlight either, not even a Pip-Boy-like ambient light you can turn on.

Yes, this fact is really annoying, and yes, we really hope that it gets patched into the game soon. It's astonishing that any game these days would not have any Brightness options of any kind, especially one like Rage 2 where you're expected to find dark boxes in the dark. We love the game, but this is annoying.

It's possible to increase your monitor/TV's own Brightness of course, but that doesn't work as well as an in-game option. Hopefully we'll see one very soon please, Bethesda/id/Avalanche!