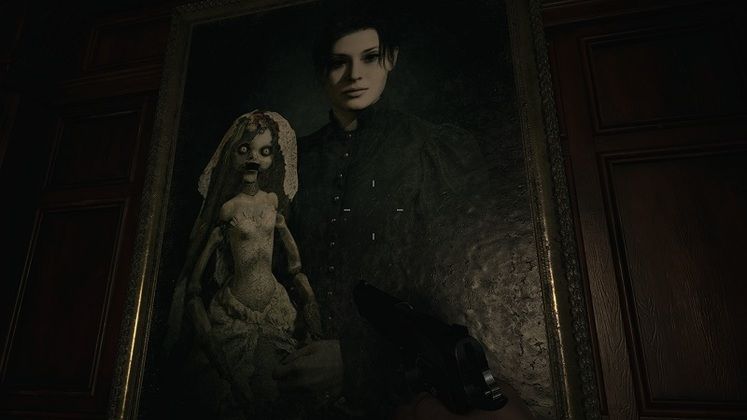 Perhaps the most mysterious figure, aside from Mother Miranda, Donna Beneviento is the second of the four lords you face in a boss fight as you make your way through Resident Evil Village. Most of your interaction with her so far has been through her dolls – most notably Angie – and that doesn't change all that much during the encounter itself.

Happening at the end of your stay in her mansion, Resident Evil Village's Donna Beneviento boss fight plays out differently, at least when compared to the others. Action and gunplay both take a backseat as Ethan's fever dream concludes with a terrifying game of hide-and-seek. 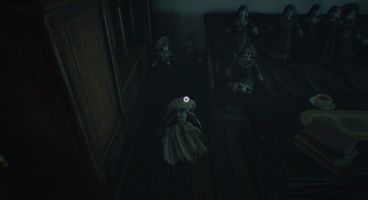 As soon as the encounter starts, Angie floats off to a different portion of the mansion, and you'll have to find her three times. This is made difficult only by the scores of dolls around you that make the scene rather nightmarish.

Angie, as you might have noticed, is dressed in a white wedding gown and remains static until you find her. The mansion is also rather small and there doesn't seem to be any mechanic, as far as we could tell, that endangers Ethan.

First, head to the guest room, upstairs from the foyer, and grab Angie by pressing F. The second step required to beat Resident Evil Village's Donna Beneviento boss fight is to head to the living room and grab Angie from the left side of the couch. Lastly, you'll find her next to the elevator, in the hallway adjacent to the Foyer.

Grab her a third time and you'll have beaten the Donna Beneviento boss fight in Resident Evil Village. For more help with the title, also drop by our guides on the Atelier puzzle and defeating Lady Dimitrescu.