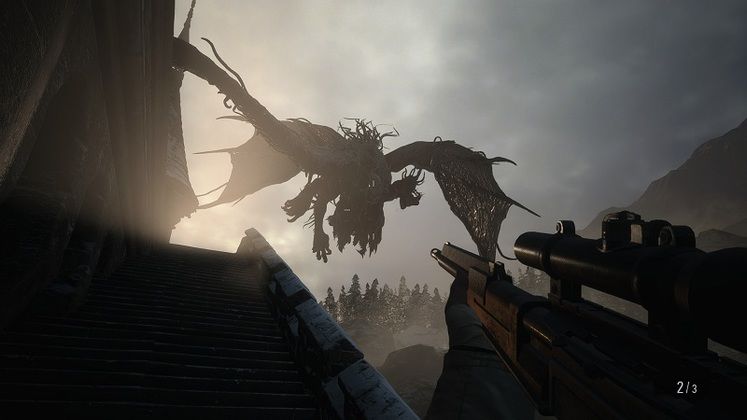 Resident Evil Village's first boss fight pits Ethan against Lady Dimitrescu herself. We all knew it was coming and, while it's sad to see everyone's favorite tall vampire lady go so early, Ethan has a daughter to save and she's in the way.

You should prepare for Resident Evil Village's Lady Dimitrescu boss fight once you’ve seen most of her castle and collected all four masks. Heading out the door, you'll reach the Tower of Worship, where you’ll find a Dagger. Now, if you caught a note on your way up to the rooftops, you might be aware that it’s a pretty important dagger, which will make sense in a second, when you stab Alcina with it, as she’s giving you a not-so-motherly hug. 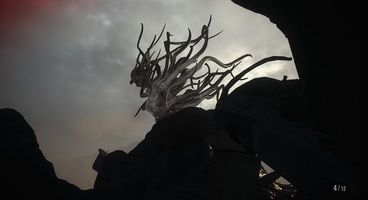 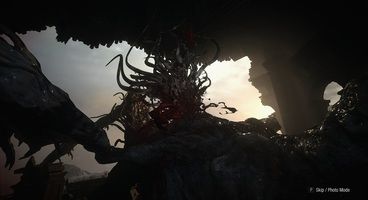 Shortly after, she will reveal her mutated form, which happens to be a massive, absolutely gruesome dragon. This is when the Lady Dimitrescu boss fight actually begins. You fight in different sections of the tower, but you always need to look out for two things. One of them is the dragon's rather predictable, telegraphed charge attacks, which you can avoid surprisingly easily by just staying on the move.

The second is Lady Dimitrescu herself, sprouting from the dragon’s back. You might be tempted to attack the beast but the key to beating Resident Evil Village's Lady Dimitrescu boss fight is to instead fill her with lead.

After dealing some damage, she’ll take flight, at which point the F2 Rifle you found earlier comes in handy. Shoot her silhouette in the distance and she’ll come crashing down, giving you an opportunity to deal some more uninterrupted damage. Look around the tower for some extra ammo, in case you find yourself needing it.

Eventually, she’ll crash into the middle of the tower, and call upon fly swarms to attack you. Climb the tower, then wait for her to follow you. This might seem like a tight arena but you have to employ similar tactics. Circle around the beast while shooting Lady Dimitrescu and watch for the dragon opening its mouths.

That is a sign of an incoming charge but, for a big beast in as tight a space, the dragon’s woefully ineffective against your sidestepping superpower. Shoot her some more and you'll eventually beat Resident Evil Village's Lady Dimitrescu boss fight, receiving a valuable crystal you can trade back at The Duke's.

For more help with Resident Evil Village, check out our guides on crafting and the Atelier puzzle.