Shortest Trip to Earth is an upcoming space exploration game with rogue-like elements, where players will take the control over a space vessel, and then proceed to explore, manage their ship, make game-changing decisions and engage in real-time tactical combat.

Shortest Trip to Earth is seemingly inspired by the likes of FTL, but with many more layers of ship customisation, crew management and actual, tactical combat. Whereas FTL would, for example, focus on providing a rock-paper-scissors experience, Shortest Trip to Earth may be more complex in this regard. 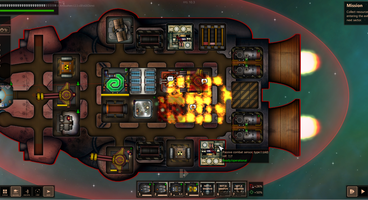 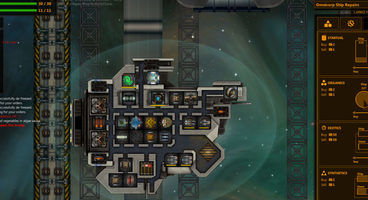 As one might expect, Shortest Trip to Earth will be featuring a procedurally-generated universe filled to the brim with hundreds upon hundreds of randomised events, as well as fascinating stories for the players to enjoy. Traversing this intrigue-ridden backdrop is sure to be interesting.

In regard to gameplay, players can expect lots of ship customisation and numerous function modules to choose from, as well as weaponry. Not only will players sometimes have to fend off other spaceships in real-time combat, but they will also be at risk of hostile boarding parties. This is why a crew outfitting system is also in place, complete with pets, firearms and more.

According to the publisher - Iceberg Interactive - Shortest Trip to Earth is due to be released via Steam's Early Access programme later this year, so stay tuned for more information right here at Game Watcher. 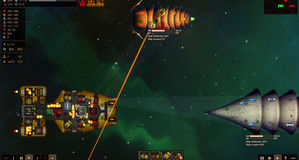