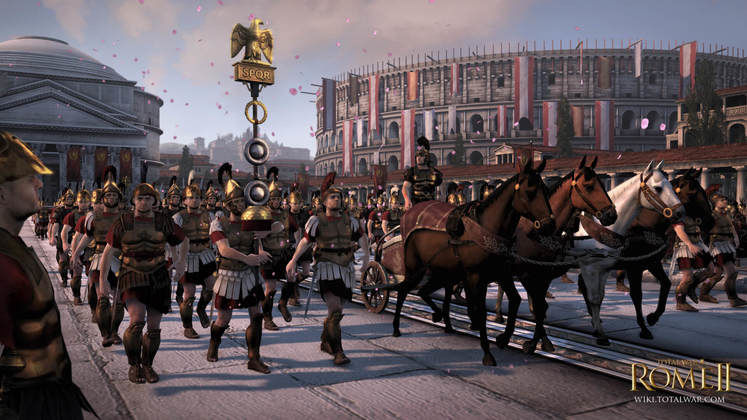 Publisher Sega Europe today announced that it will use fully recyclable packaging for all future physical editions of its PC titles. 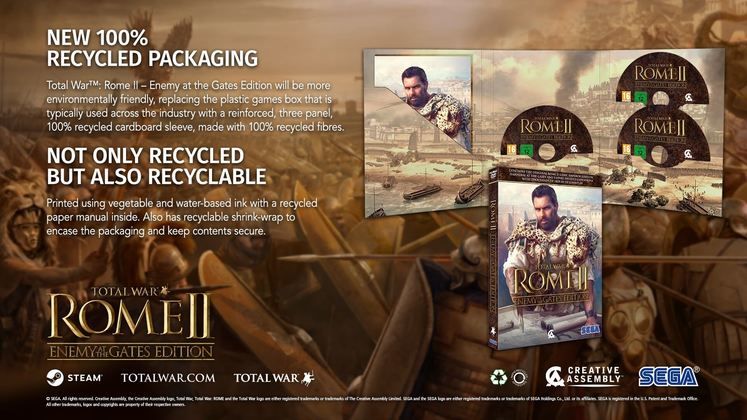 The next Sega Europe-published title to benefit from fully recyclable packaging is none other than Total War: Rome II - Enemy at the Gates Edition.

Set to launch on February 6, it will contain Total War: ROME II alongside its Hannibal at the Gates, Imperator Augustus and Empire Divided DLCs.

"The packaging consists of a box made from 100% recycled and recyclable cardboard, along with a 100% recycled and recyclable manual. All printing uses water and vegetable inks, apart from the disc, which is recyclable via specialists. The whole package is shrink wrapped in 100% recyclable low-density polyethylene (LDPE). While this approach does come at an extra cost to SEGA Europe, this is in part offset by cheaper distribution – lighter packaging means lower fuel costs, and cheaper destruction costs as the package can be fully recycled.", reads a press release.

Dale also revealed that the publisher's estimates suggest that choosing fully recyclable packaging for Football Manager 2020 helped save up 20 tonnes of plastic packaging.

There's no word currently on whether the decision will extend to territories outside of Europe. You can check out more details about Total War: Rome II - Enemy at the Gates Edition over on the Total War website.