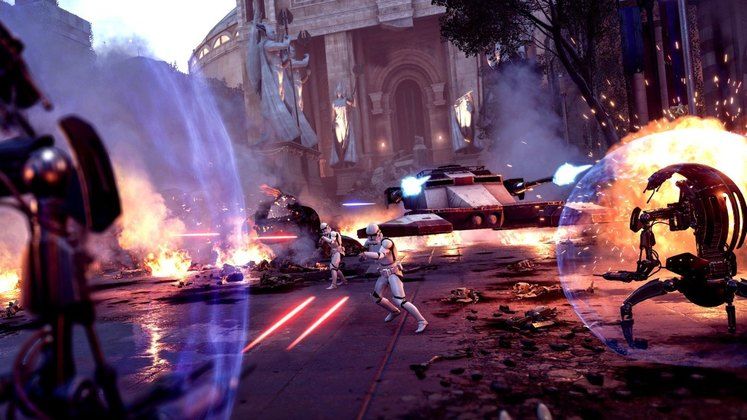 Star Wars Battlefront 2 is gearing up for a very eventful September, as DICE and EA have prepared a number of exciting events for loyal fans and players. The most interesting new release, however, will definitely be the Co-Op mode.

Coming as part of Battlefront 2's Cooperation Update, this feature will be delivered alongside two all-new game modes: Co-Op and Instant Action, and will be further bolstered by the planet of Felucia and a set of Clone Commando reinforcements. 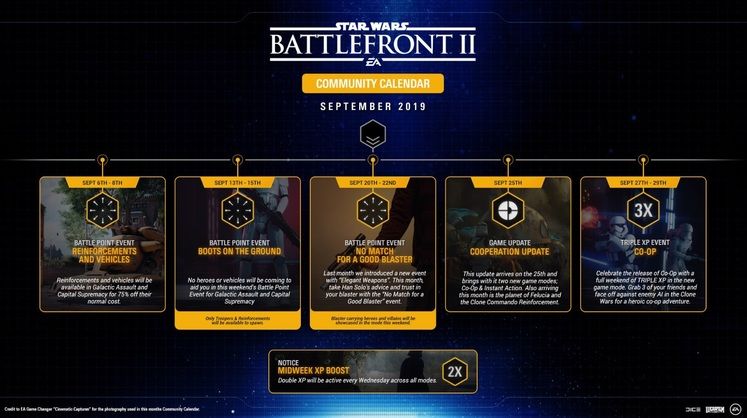 First thing to note is that, throughout September, you'll have the chance to get double XP every Wednesday, as DICE will run the special Midweek XP Boost all month long. That aside, here's the full event calendar for September:

The exciting Cooperation Update is this month's major point of interest, and we are quite excited to see how DICE pulls this one off. Stay tuned for more as we get it.