The Best Hearts of Iron 4 Mods 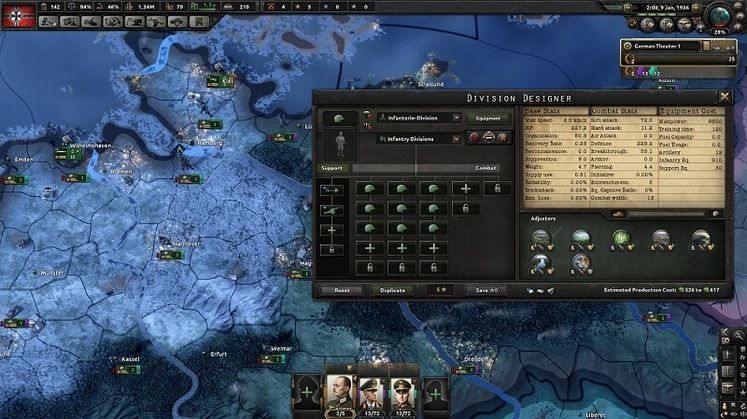 Since it launched in 2016, Hearts of Iron 4 has managed to secure itself a collection of over 28,000 mods. HoI4's impressive library features a variety of picks ranging from simple cosmetic additions that improve map readability to total conversion mods that explore alternative histories and new worlds altogether. This article aims to highlight what are, in our opinion, the best Hearts of Iron 4 mods, hopefully giving you a good idea of where to start and highlighting some picks that you might have otherwise missed.

Just like Paradox's WWII grand strategy game continues to receive content five years after launch, the collection of existing Hearts of Iron 4 mods also keeps growing. Its dedicated community of modders regularly finds new ways to complement HoI4's deep gameplay with new mods that hope to capture the attention of fans. Established ones also keep receiving updates to keep up with the improvements baked into the base game. 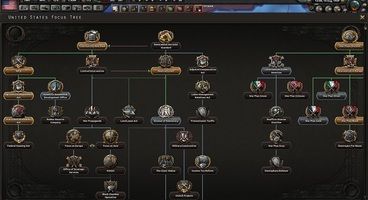 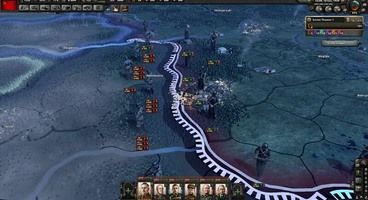 Installing the best Hearts of Iron IV mods is made particularly easy due to how they're available on the Steam Workshop. This integration lets you add most mods to your game by simply subscribing to them, while also providing an easy way of keeping them updated.

In case your favorite HoI IV mod is lagging behind the latest patch, having older versions of the game available on older branches means that you won't have to put a pause to taking over North America as the NCR. Coupled with the Paradox launcher that lets you easily search your mod collection, you can easily choose which mods you want to turn on or off before heading into a game. 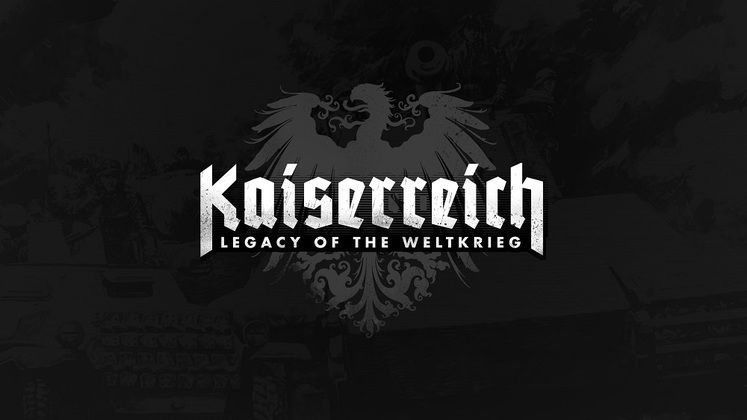 One of the most popular Hearts of Iron IV mods out there, Kaisereich proposes an alternate history in which Germany won World War I. As expected, given the circumstance, the mod reworks the world map by adding new states and provinces, while also overhauling the game's political system which now includes party popularity and ministers. Players will have over 100 Focus trees to explore when playing as different nations alongside new 3D models to further enforce the feeling of alternate history. Subscribe to it on Steam Workshop.

Old World Blues is a total overhaul mod that brings the Fallout universe into HoI4. Featuring a custom-made map of North America that includes 11300 provinces and mountain ranges that act as impassable terrain, the mod also comes with a dynamic war system that makes the different active factions capable of exploiting an opponent's weakness and striking at the right time. Detailed 3D models for robots and power armor, unique infantry models for factions like the NCR, Legion, or Vault City, alongside navigable rivers all ensure immersion as you take the helm of more or less known factions from the Fallout universe. You can travel to the year 2275 by grabbing the mod from the Steam Workshop. 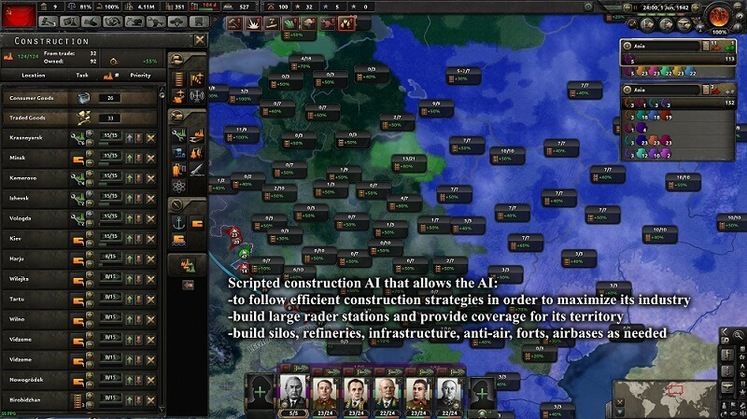 Hearts of Iron IV's Expert AI mod is aimed at those players who're no longer challenged by the game's vanilla AI. Acting as a (mostly) complete AI overhaul, the mod significantly raises its efficiency when dealing with division designs, division production, diplomacy, naval invasions and more while also adding new features including a scripted AI focus system that lets computer-controlled opponents select the strategies that best suit their situation from a pool of over 400 options. In addition, players will be able to customize more elements pertaining to difficulty alongside the AI's behavior and military focuses. If you're up for an extra challenge, grab the mod from Steam Workshop. 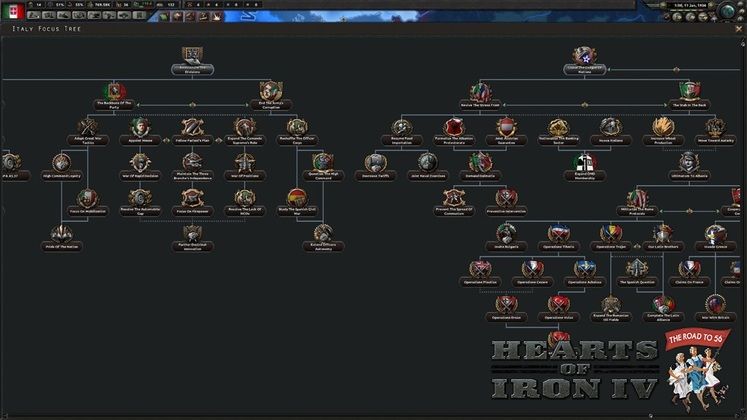 One for alternative history enthusiasts looking to play past the end of World War II, The Road to 56 lets you take your nation all the way to 1956 (surprise, surprise) while adding new Focuses for names that include Argentina, Armenia, Croatia, Cuba, Honduras, Sweden and more. If you choose to dip in, you'll also find an expanded tech tree alongside new units, laws, releasable nations, and other new additions. Find it on Steam Workshop. 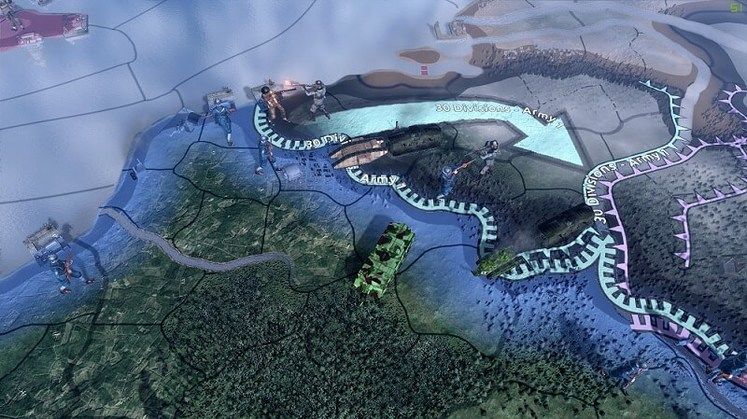 As its name suggests, The Great War is a mod that moves Hearts of Iron IV's action back a few decades to when World War I began. Featuring three starting scenarios in 1910, 1914 and 1919 respectively, the mod lets you control both the European powers at the center of the conflict but also take part in events like the Mexican or Xinhai Revolution. The mod has been built to follow the dynamics of The Great War in terms of technology, infantry being the dominant force before airplanes and tanks begin appearing on the battlefields. You'll have access to several reworked National Focus Trees, trench systems, gas and more than 500 technologies. That being said, there's plenty of potential to create alternative scenarios as you're not forced to retrace the actual course of the war step by step. Subscribe to it on Steam Workshop. 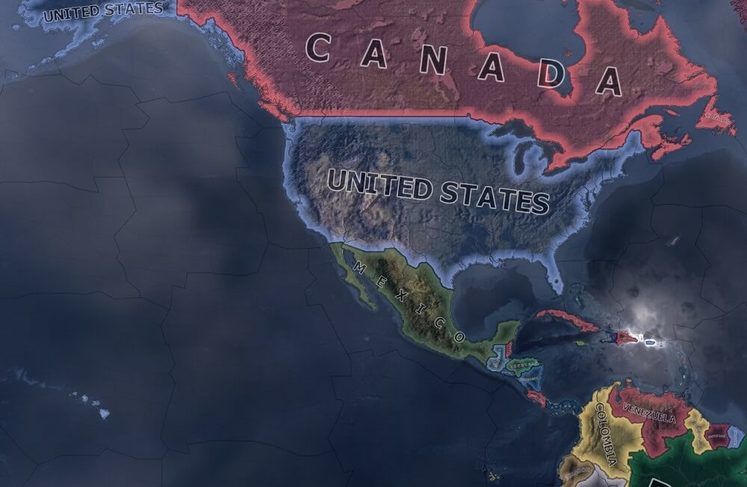 A collection of mods rather than a single one, Millennium Dawn's most obvious change is that of bringing the modern-day world map into Hearts of Iron IV. Naturally, its set of changes go much deeper than the surface, also introducing new economic and political systems alongside new technologies and focus trees that better suit the modern world. Players will have to deal with national taxation, debt and internal political factions, while new 3D models better reflect the change in period. Grab it from Steam Workshop. 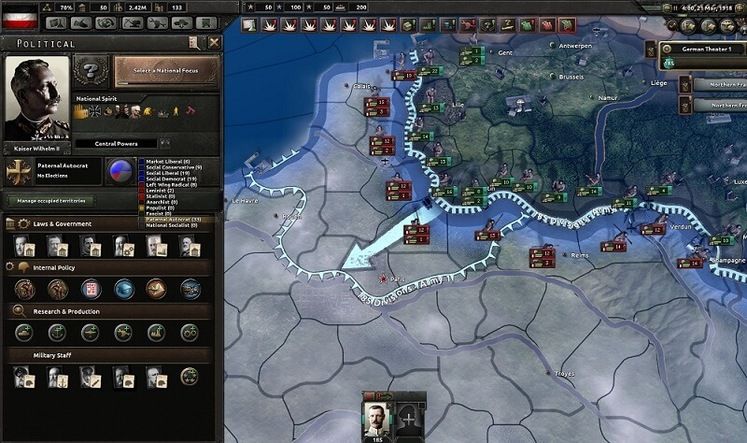 The Endsieg: Ultimate Victory mod adds five scenarios to HoI4 starting with World War I, continuing with 1941's Operation Barbarossa and ending in 1945 with the scenario that gives the mod its title, seeing Germany on the brink of defeat. Aside from a reworked AI, the mod also adds Rations and Fuel as resources to increase the level of realism. Find it on Steam Workshop. 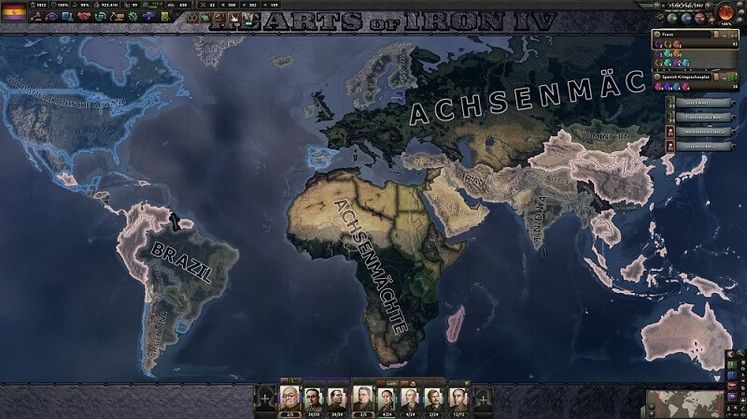 Paradox grand strategy games are notorious for their overwhelming UIs that require a serious amount of patience to fully understand. The Coloured Buttons mod, although small, is an extremely helpful addition to your collection that adds color to several important buttons, not only making the UI easier to read but also resulting in quicker reaction times thanks to the color-coding. On top of that, the mod simply makes the UI look a bit more alive. Grab it from Steam Workshop. 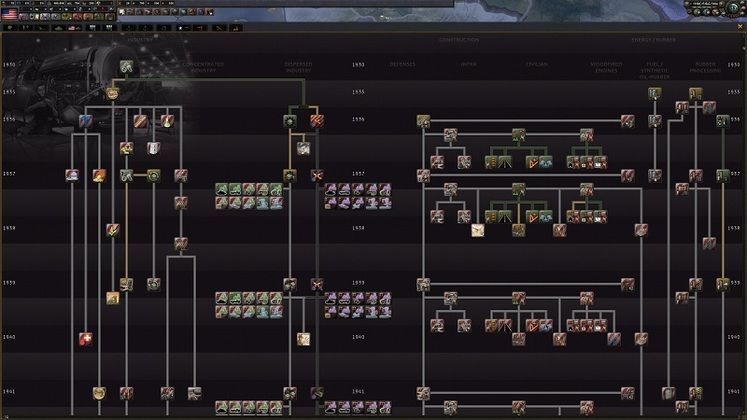 BlackICE Historical Immersion is a HoI4 mod for those seeking a greater challenge combined with added historical accuracy. It adds multiple new units and equipment types, including country-specific armor, aircraft and ships for the game's major nations. Laws and politics have also received some love, being expanded to offer players greater levels of freedom in terms of how they govern their nation, while factories can be specialized to lower production costs. Subscribe to it on Steam Workshop. 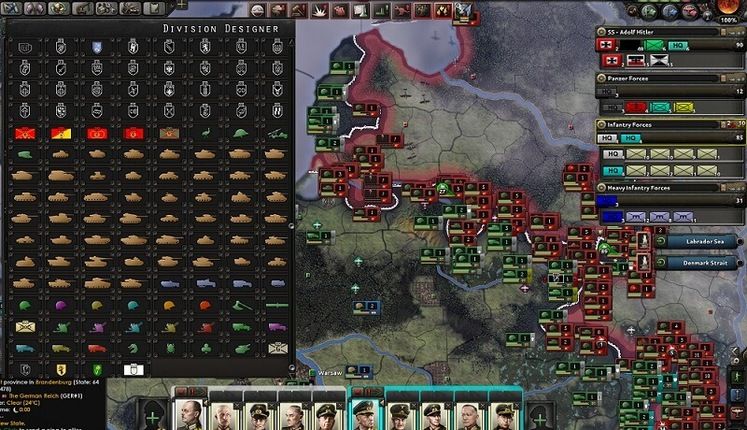 Total War is a Hearts of Iron IV mod that provides its own different take on a more challenging and historical approach to gameplay. It makes building different types of equipment more expensive and, subsequently, more important to the player. Managing your economy and building proper relationships is also much more vital, while multiple AI improvements, the addition of combined arms logic and hundreds of new events, leaders and focuses further add to the reasons why it's worth giving it a try. Grab it from Steam Workshop. 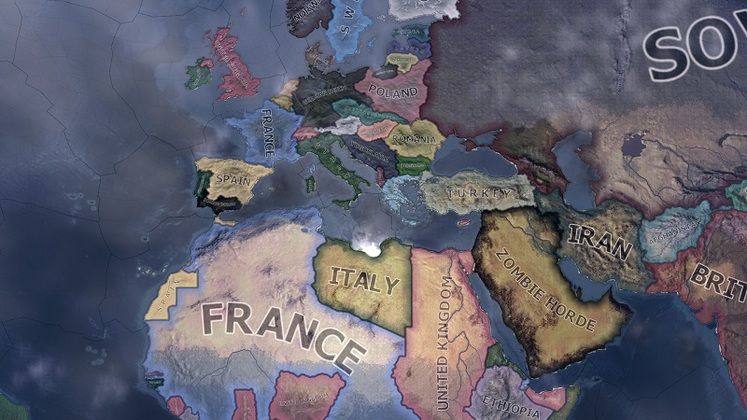 World War II is anything uneventful, but what if you could also throw zombies in the mix? The Infection - A HOI IV Scenario mod turns the undead horde into a power that, if left unchecked, easily shambles its way towards world domination. Although it's not a total overhaul mod, zombies add an interesting variable to playthroughs, considering that the usual WWII shenanigans also continue. You can choose between fighting the undead or leading them. As the boss zombie, you should expect a more straightforward approach to painting the map your color. The lack of functioning brains also makes it hard to achieve technological breakthroughs. Find it on the Steam Workshop.

How would your list of the best Hearts of Iron IV mods look? Let us know in the comments below.