The Sinking City Outfits - How to unlock all Costumes 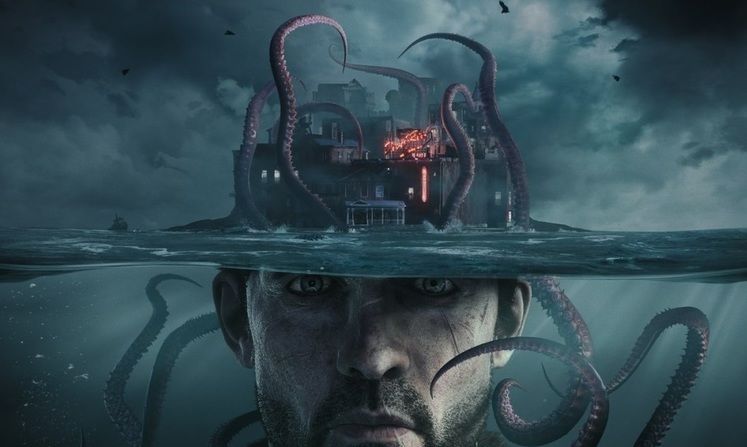 The Sinking City may have you face off against otherworldly horrors, but that doesn't mean you can't look stylish along the way. Outfits come in droves here, and we'll teach you how to get all costumes easily, without having your brains eaten out of your skull.

Down below, you're going to find pictures of all costumes in The Sinking City, as well as a short tip on how to get them. Find whichever one you like most, and get to it! Keep in mind that you can equip whichever outfit you have unlocked at Reed's hotel room, in Devil's Reef. 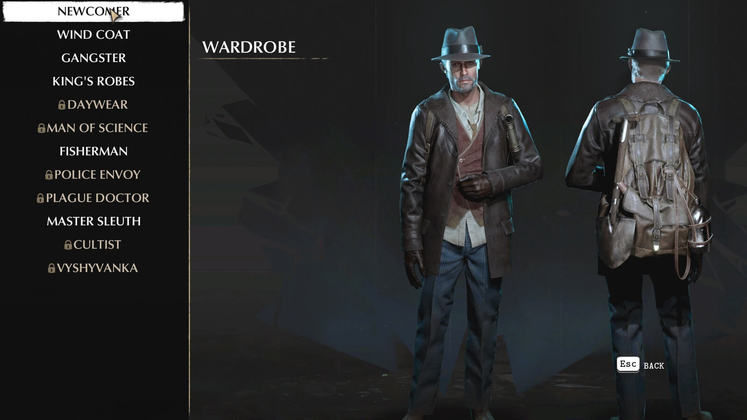 This one doesn't need much of an introduction, as it's the protagonist's standard run-of-the-mill P. I. garb. Cool and leathery, it's got a large backpack with dangling bits as well. 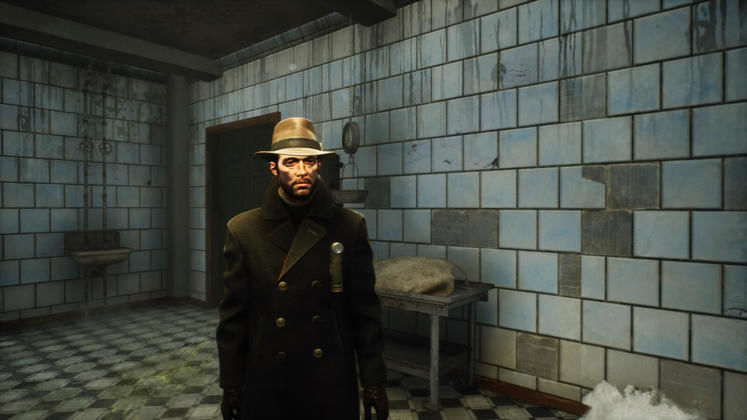 The Wind Coat is a striking alternative to the default outfit, and comes unlocked at the start of the game. It's more stylish and snazzy, and a perfect choice for those who dislike the rugged looks and the backpack that comes part and parcel with the starting clothes. 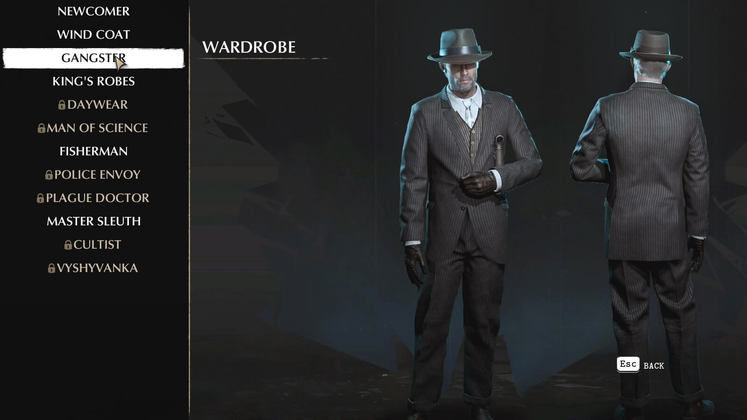 File the Gangster outfit under one of the many Story progression unlocks. From what we can tell, it is unlocked via the completion of the Fathers and Sons questline, so aim for that one if you're after this particular garb. 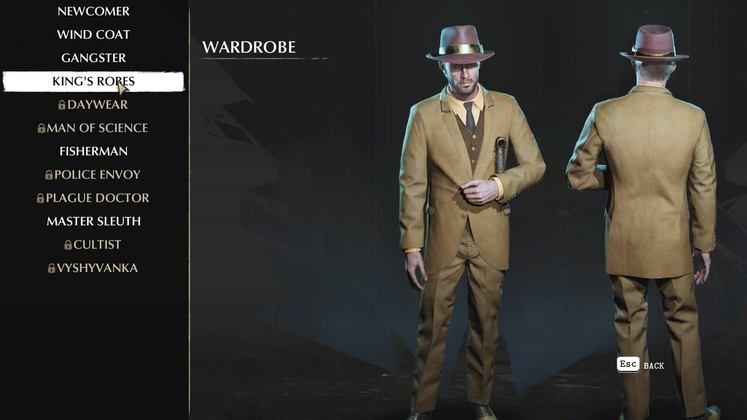 Become the envoy of Hastur that you always knew you were. This trademark set of clothes inspired by none other than the King in Yellow can also be attained through later Story progression, so just keep at it, and the unsettling hue of this suit will eventually be made available. 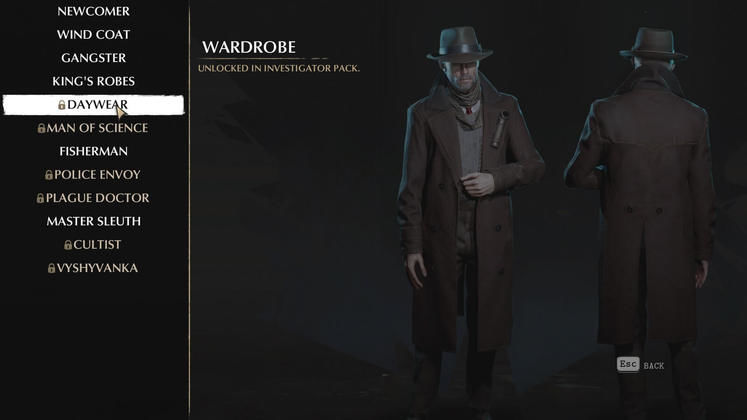 The Daywear outfit sadly cannot be unlocked through gameplay, but comes as part of the game's Investigator Pack DLC. 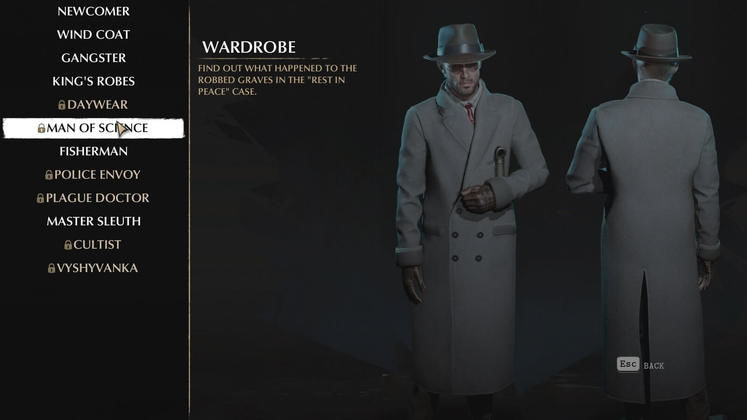 This one is awarded for the completion of the optional Rest in Peace investigation, so that should be your goal if you'd like to look like you fell out of Casablanca. 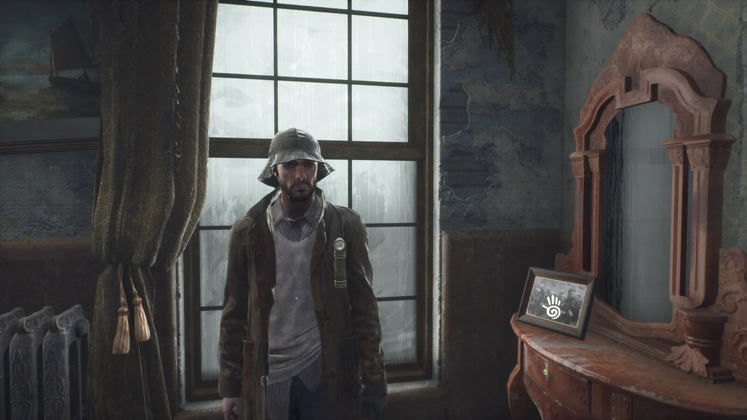 While it's not particularly impressive nor stylish, the Fisherman outfit certainly is appropriate for the game's setting - in more ways than one! This outfit can be unlocked upon the completion of Bounty of the Sea investigation. Collect the relevant ship logs and figure out what really went down for the Fisherman garb to unlock. 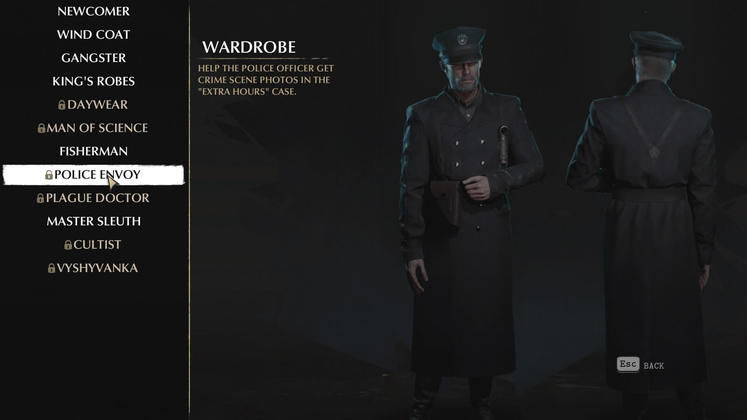 If you're a police officer at heart, this one is for you. As the description says, the Police Envoy outfit is unlocked by going through the Extra Hours investigation and helping a particular police officer with their taking of crime scene photos. 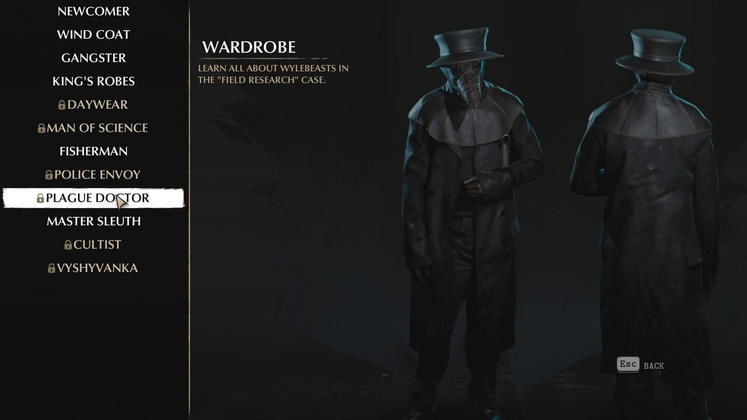 Grim and mysterious, yet completely useless in the face of unknowable horror present in The Sinking City, the Plague Doctor outfit is quite a stylish piece still. Get it by researching the Wylebeast creatures during the Field Research case/investigation. 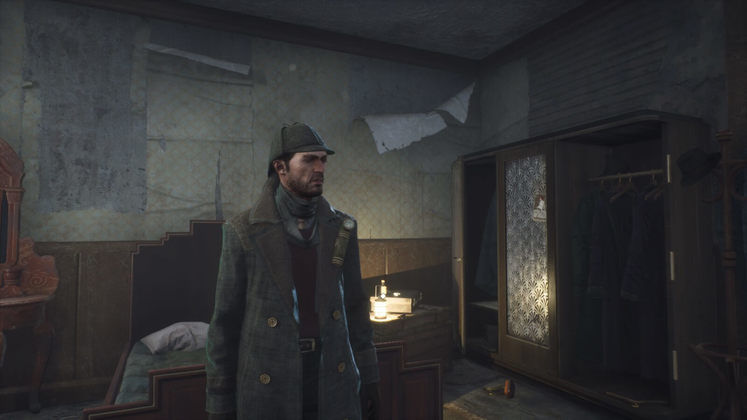 Fans of Frogware's Sherlockian pedigree will find solace from otherworldly horror in the Master Sleuth outfit, which is one of our favourites. Get it by finishing the Assigned Reading case, and don't forget to return all the collected books to the Suspicious Collector NPC. 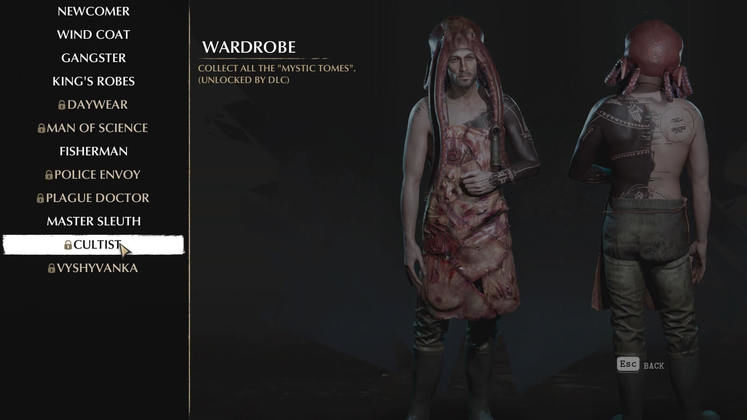 Gross and unsightly, yet oddly appropriate, the Cultist outfit is unlocked by completing the Mystic Tomes quest, which is locked behind a special DLC. The quest itself is quite interesting, so be sure to look into it! 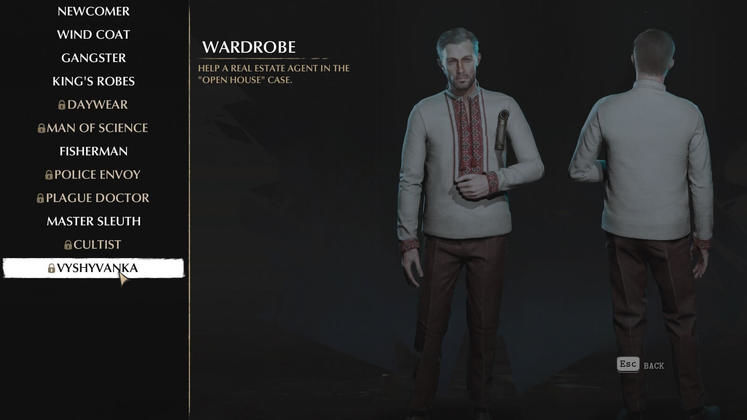 The Vyshyvanka outfit is the most casual one available to Reed, and you can get it by finishing the Open House investigation. Be on the lookout for a very particular real estate agent!