From Holmes to humdrum 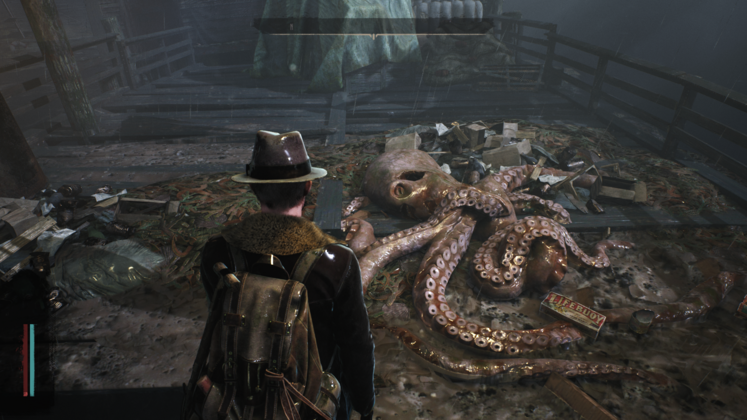 I’ve always had a soft spot for detective stories, having grown up with Sherlock Holmes stories on one hand and Agatha Christie’s on the other. Frogwares games have long been an interest of mine, even if they are notoriously not great at it – the developer is extremely dedicated to detective games, but something in their creative design philosophy prevents them from truly getting what makes detective stories exciting and ends up turning every title into a puzzle game set in a 3D world.

The Sinking City – the first non-Sherlockian puzzle game by Frogwares in about a decade – puts you in the shoes of Charles Reed, a war veteran turned private eye plagued by visions of a disturbing, Sarlaac-looking eldritch horror. His plight leads him to the town of Oakmont, Massachusetts, where he seeks to find a man who is claimed to help others afflicted by the visions, and Reed invariably ends up dragged into every single mystery, intrigue, and problem that happens in the town. 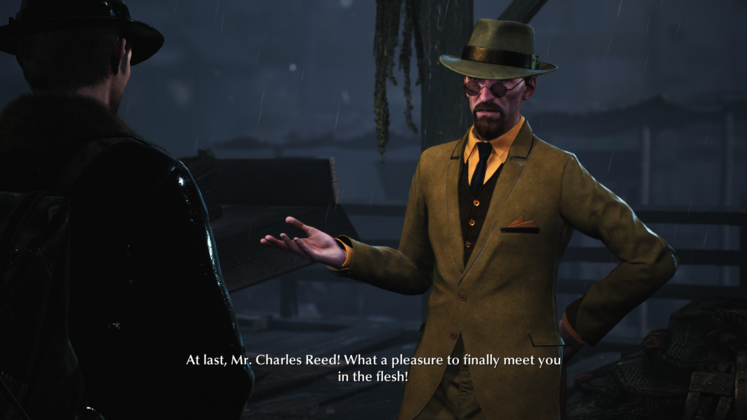 That town, as it turns out, is huge. In a considerable expansion from Devil’s Daughter few London boroughs, The Sinking City properly presents the whole of Oakmont for the player to explore, as a fully 3D open-world environment. While the city itself is a bit dead – which can be explained by the plot – the sheer immersion of being able to fully walk around back and forth between various crime scenes and the city’s many buildings is a huge notch on the game’s belt.

The investigations themselves are also interesting, though slightly less free form than previous titles. You walk around various areas observing and picking up clues, and can also at any time visit the town’s archives, hospital, or police station to cross-reference relevant records and connect those clues on your “Mind Palace” - a menu where all clues are logged and kept track of before being connected and moving the quests along. 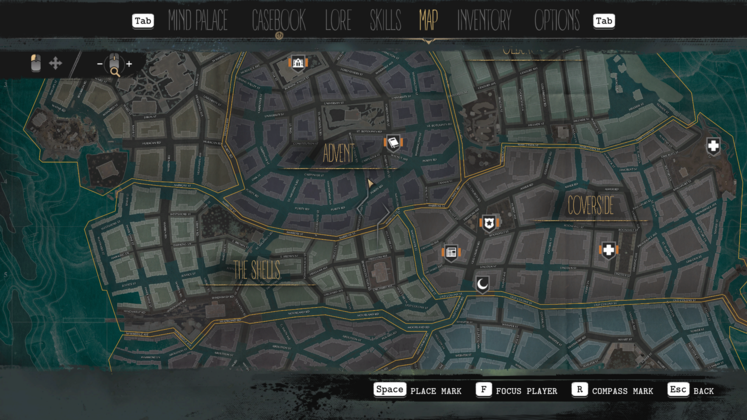 While the game makes a great job of not handholding the player (and providing plenty or no clues according to your difficulty settings), the actual end result of missions is rather binary – previous Sherlock Holmes games allowed you to reach more than two conclusions per case when connecting clues in the Mind Palace, but here you get streamlined by questions that stop you from going in a vastly different direction and reaching a truly wrong answer.

Interestingly, investigations options are also expanded in a very linear way through the use of Reed’s supernatural powers. Besides being able to use his “Mind’s eye” to see clues in the enviroment and details invisible to the naked eye, the sleuth can straight up watch past events recreated in front of him through supernatural means. It does serve as an interesting mechanic, but rather like Arkham Origins detective sections, it feels painfully linear with a single end point. 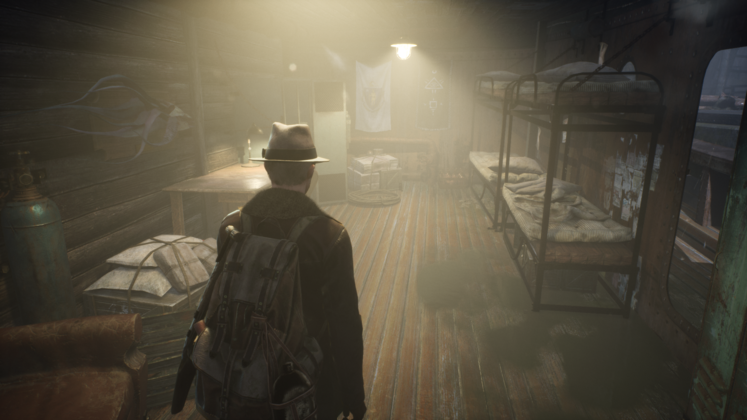 The other part of the game – and one that feels rather tacked in – is combat. Reed has both a health and sanity bar, and occasionally encounters weird, fleshy creatures throughout the city’s more isolated areas. The combat is not super prominent in the game, which is a good thing – it feels rote and slightly pointless, and the sanity bar that drains as you stare at monsters for too long can end with you shooting yourself.

The weirdest thing about The Sinking City, however, is just how plain weird it is. I came in expecting a mostly grounded, Lovecraftian tale of how a normal city was besieged by an awakening unspeakable horror that drove everyone mad, but instead I encountered a town full of monkey people, fleshy humany multi-armed creatures, and people with lips literally sewn together. Granted, it does have visions, cultists, and a lot of darkness, but the weird factor immediately shattered my suspension of disbelief every time it popped up. 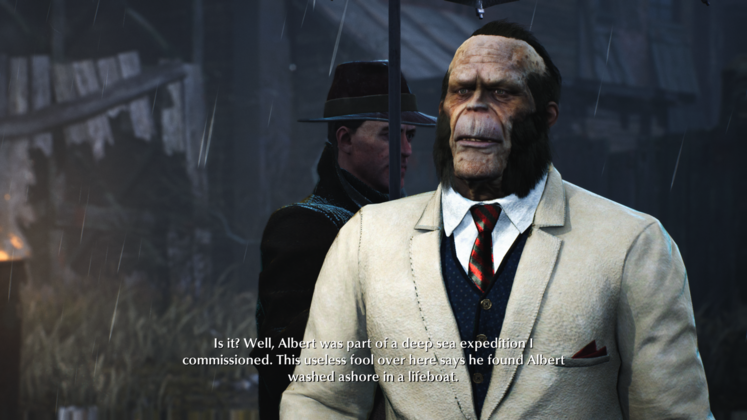 Truth is, I had hopes for The Sinking City, following the company’s latest Sherlock titles – they came a long way from the teleporting Watson that would creepily follow you around whenever you moved the camera, and Crimes & Punishment (and to a lesser scale, The Devil’s Daughter) were noticeably better games compared to previous efforts. While The Sinking City’s exploration and world-building is far above previous Frogwares products, it still has a way to go to being truly good. Hopefully, the company will switch whatever modus operanti it has when creatively designing their games, and will be able to do a truly exceptional title next time.

An interesting game that scratches the detective itch, without ever reaching great heights.

Finishing whole cases without any guidance from the game.