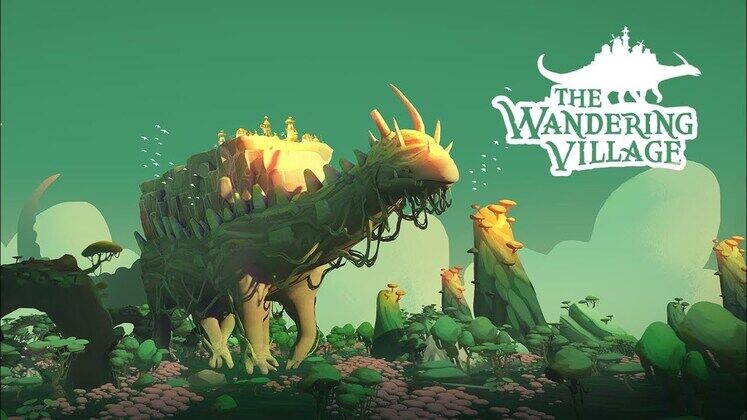 The Wandering Village is a city-builder that, in a flight of Pratchett-esque fancy, takes place almost entirely on the fertile back of an enormous prehistoric creature, the Onbu. As you employ villagers to feed, house and heal themselves, beneath them the Onbu lumbers across an ailing world ravaged by poison. The Onbu moves at its own pace, seemingly oblivious to the nascent society growing above. And yes, from time to time the Onbu will pause its journey, sit down, shit, and eventually sleep.

On one hand, the Onbu's laborious march marks the passage of time and the passing of seasons as it trudges across the desolate world, through night and day, from hot arid deserts to lush, humid wetlands. On the other, the Onbu is a kind of measure of your success; it exists in a symbiotic relationship with your village where the health of one reinforces the health of the other. The Onbu doesn't exist solely to be exploited. It must be nurtured and its trust must be gained. The Onbu is a living, breathing creature, just like the villagers, and if it dies, everyone dies. 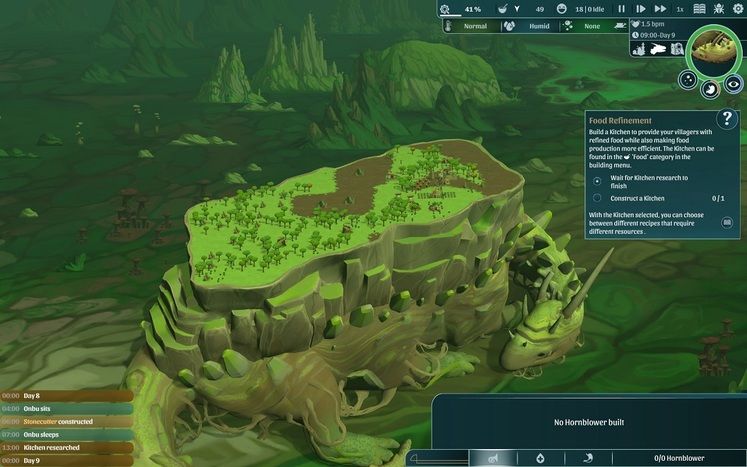 The Wandering Village invites players to climb aboard a familiar city-building treadmill that echoes the Onbu's own relentless shuffle. Farms are plotted out, store rooms erected, carpenters and stone masons are given workshops and tasked with refining raw materials, air wells extract moisture from the air, and herbalists cultivate supplies for the doctors to aid anyone who falls sick from the toxic air. A research lab is soon opened, enabling new buildings and techniques to be discovered along the multi-pathed branches of tech tree. Dirt paths are laid down to connect hubs of industry, a footworn network of labour as villagers haul wood and stone and food to where it's most urgently required.

There are few restrictions on how your village is organised. Some buildings can only be built on grass, others only on dirt, though many can be built on either. Each farm can only plant one crop at a time and only on plots within a certain range. Gatherer huts need to be near berry bushes, that sort of thing. But mostly, your village planning is free from the sorts of supply chain rules that govern many similar games. I instinctively placed my carpenter's lodge inside a grove of trees, but eventually I realised it didn't matter all that much. Any villager I'd tasked with chopping down trees or turning it into planks would get on with the job no matter where they were housed. 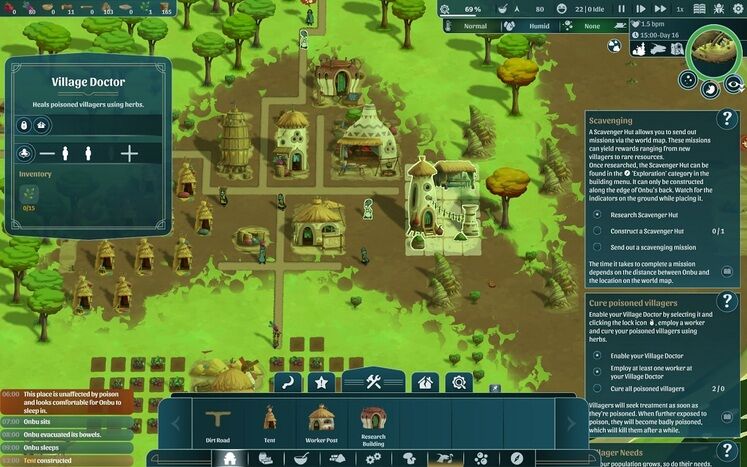 Ultimately, the main concerns occupying your mind when deciding what to build and where are: do you need this right now and do you have enough workers to keep it running? That's because the Onbu's trek brings both new conditions and hazards to which you'll have to be able to adapt and its encounters with nomadic groups deliver the only means of increasing your population, and thus being able to employ more workers to staff new structures. Most buildings have worker slots to which you're able to assign your villagers. Juggling these numbers, shifting your labour force around as demands rise and subside–you might pull your beet farmers back from the fields and temporarily order them all to cut the stones you urgently need to build a kitchen–is how your strategic choices create a more efficient operation.

Other strategic avenues are explored through your relationship with the Onbu itself. Its rocky horns can be uprooted for a quick burst of resources, but the Onbu will lose trust in you. Keep it well fed and healthy, however, and you can begin to encourage it to move at your pace or take a more favourable turn at the next junction on its route. And when it inevitably stops to take a shit, the waste can even be collected and recycled into useful materials for your village. This symbiotic relationship is unlike any other city-builder I've played, even if the core village management is fairly routine. The Onbu brings a unique personality, a deep sense of connection, and a wonderfully otherworldly flavour to what might otherwise be a conventional city-buidling sim. 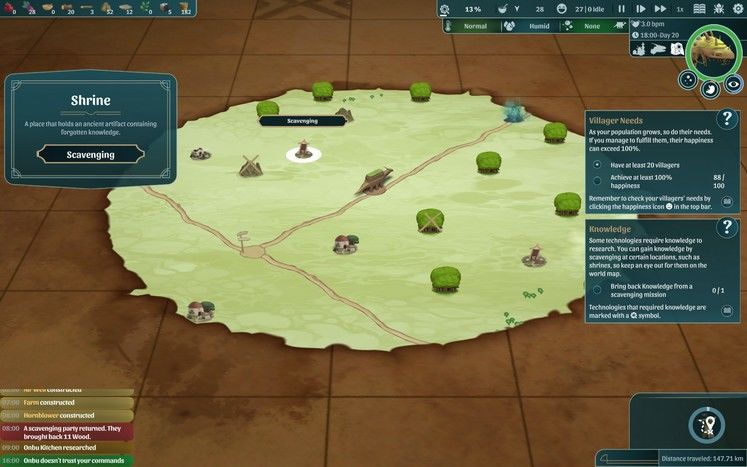 The Wandering Village has just begun its own journey with an Early Access launch on Steam. At present, it feels polished, with a decent amount of content and a well-paced tutorial to get your village up and running. Swiss developers Stray Fawn Studio plan for more content and a bigger feature set before it leaves Early Access a year from now. I'm particularly keen to see how they deliver on expanding the background story, as they put it, because the hints it offers so far are intriguing yet scant. For now, it's a very promising start. This Onbu looks set for a fascinating ride. 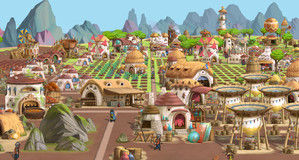