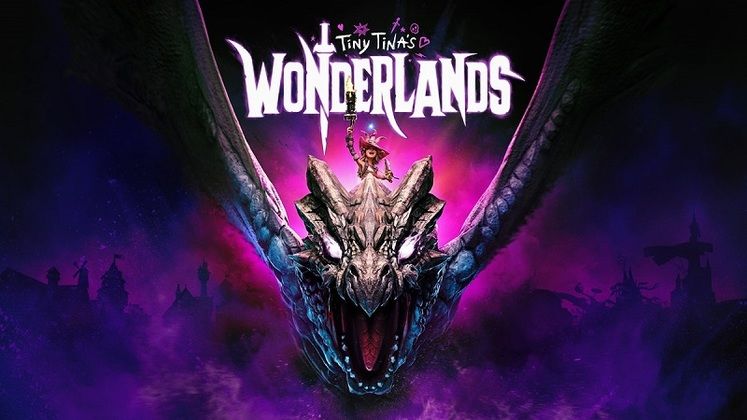 Shortly after you make it out into Tiny Tina's Wonderlands' overworld, its first side quest – Knife to Meet You – introduces the concept of Shrines. Spread across the overworld's different biomes, these conspicuous structures grant you different permanent bonuses if you manage to restore them. To do so, you need to search for multiple shrine piece locations.

With the exception of the Shrine of Mool Ah, which only requires three pieces to be restored, all others see you chasing four shrine piece locations. The majority of them are awarded at the end of otherwise optional dungeons found in the Overworld, while some are locked behind a couple of side quests. 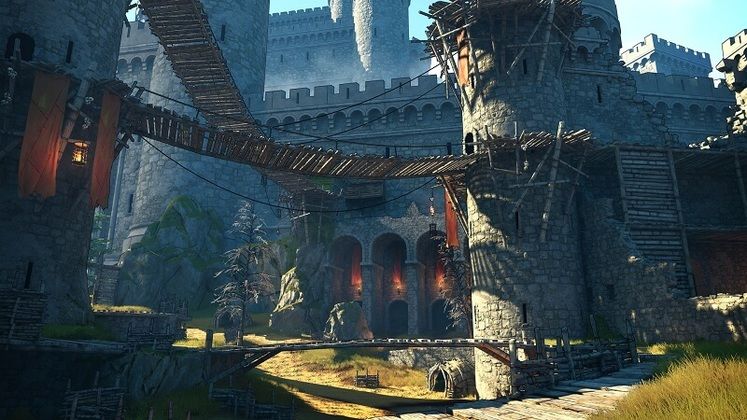 When you approach dungeons that contain shrine pieces, Tina chimes in, making you aware of that fact. Dungeons you've yet to complete have their entrance bathed in yellow light, which turns white once you defeat their denizens and retrieve the rewards inside.

You may not be able to reach all the shrine piece locations in Tiny Tina's Wonderlands right away, since chunks of the overworld are locked behind main story progress.

In addition, you will also require special traversal skills (like the ability to see invisible bridges linking ruined stone pillars or to interact with runes that disable barriers held in place by pillars of bone), which are also unlocked as part of the main story.

You'll need to exercise a bit of patience as far as restoring shrines goes. Should you move on from an area, you'll find that all discovered shrine and shrine piece locations are conveniently marked on the map of the overworld.

Shrines use an icon of a green diamond on top of a small pedestal. Before you restore them, they'll also have a crosshair in the lower right corner. This gets replaced by a green checkmark once you've returned all of their pieces, which is when the icons also turn transparent.

Tiny Tina's Wonderlands' shrine piece locations are marked using green diamonds prior to obtaining them, becoming transparent and also getting a green checkmark once you've retrieved them.

Here are the permanent bonuses you can unlock by restoring all six shrines: 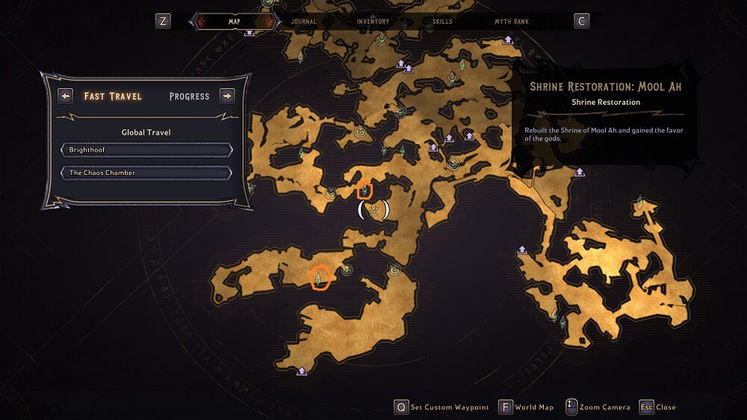 The first Mool Ah shrine piece location is in the dungeon where you must go during the Knife to Meet You quest. The remaining two are relatively close, one to the north, the other towards the southwest, as indicated by the circled icons in the image above. 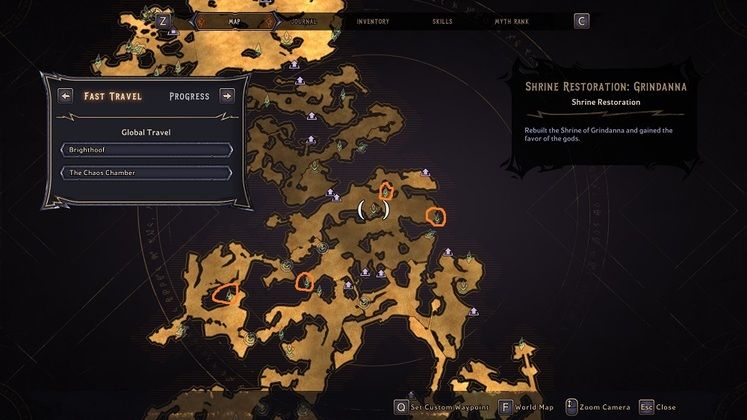 The Grindanna shrine piece locations are found in dungeons northeast, east, and southwest of the shrine itself, as shown in the image above. 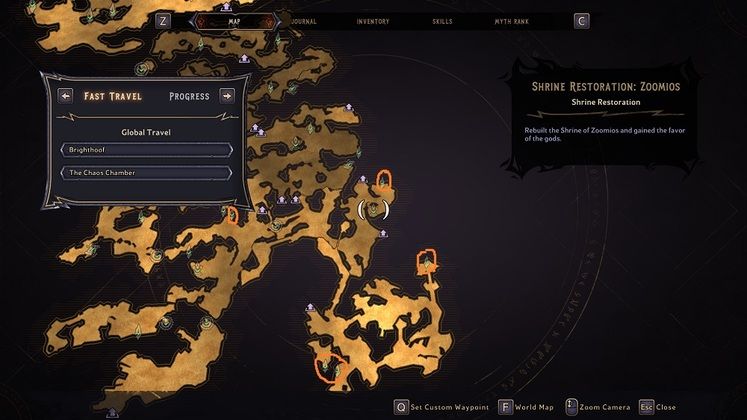 One of the Zoomies shrine pieces is located slightly northeast of the Mool Ah shrine, behind wooden doors that only open once you complete the A Realm in Peril side quest obtained from Paladin Mike in Brighthoof. The remaining three are found in dungeons. 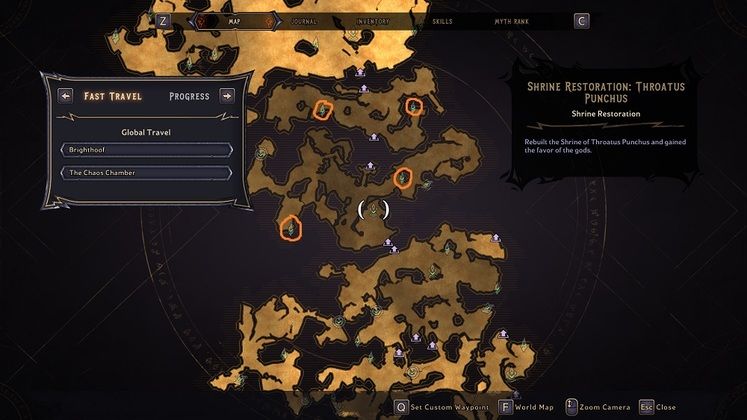 All four Shrine of Throatus Punchus pieces await within dungeons. Find the locations of their map icons circled in the image above. 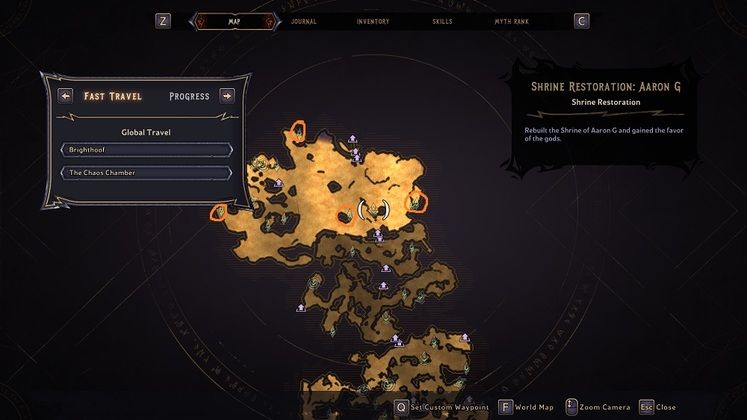 One of the Shrine of Aaron G pieces is locked behind a barrier door that requires a special traversal ability unlocked during the main campaign to access. The remaining three are rewarded when completing dungeons in the overworld's last desert-covered area, as marked in the image above. 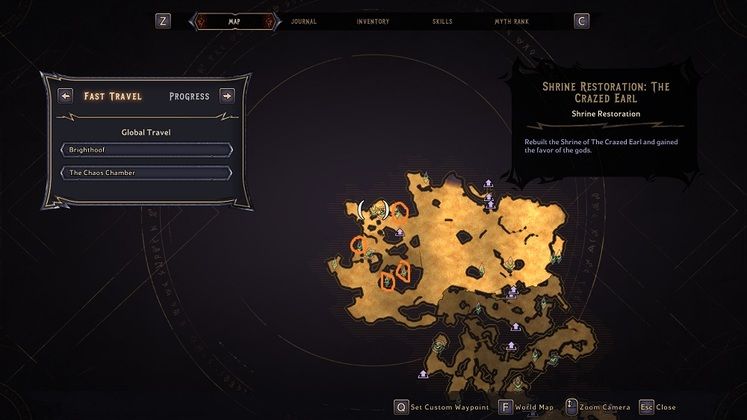 The Shrine of The Crazed Earl is also located in the final area of the overworld, one of its pieces being locked behind completing the Eye Lost It Side quest obtained from a cyclops who's in a bit of a bind. The remaining three require you to brave dungeons.

That's what you need to know about shrine piece locations in Tiny Tina's Wonderlands. For more help with the game, check out its active Shift codes and how respec works. 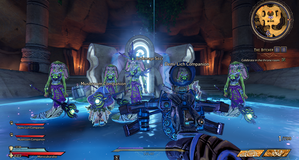