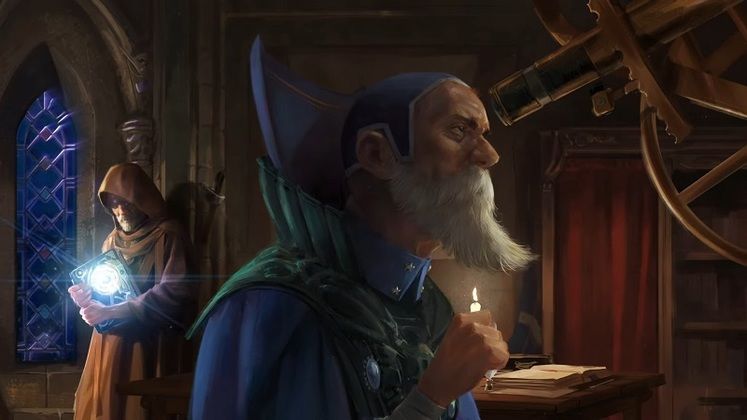 All of the teasers released so far focus on the Grand Astrolabe in Altdorf. A puzzled Imperial Magister studies the skies, at the request of the Grand Theogonist, only to spot different constellations. Sadly, he seems as puzzled as we are when it comes to deciphering their full meaning. 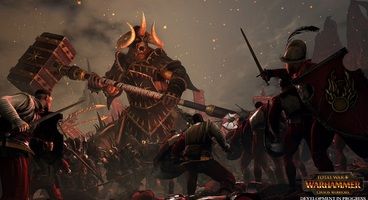 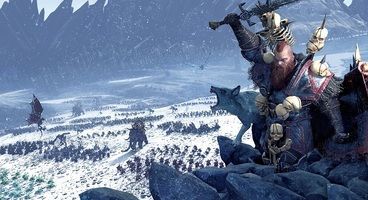 One could speculate that the constellations revealed so far point towards two of the four Chaos Gods. On the first day, our not-so-friendly magister saw Grungi's Baldric. In a book spotted in the second teaser, the constellation is described as "the sign of Martial Pursuits."

The Magister also describes himself as "tired and drunk on rage" prior to gazing upwards. Rage and warfare are associated with Khorne, everyone's favorite skull collector. Well, maybe not everyone's; the Dwarfs aren't necessarily big fans of his and I'm more of a Tzeentch guy myself.

The second teaser presents us with a considerably more frustrated Magister. Certain that the heavens are "lacking of anything worthy of [his] heeding", he spots The Piper. This constellation is also known as the Sign of the Trickster, potentially pointing towards Tzeentch.

The Magister's arrogant tone and conviction that "we shan't see the third constellation tomorrow" proved to be part of the god of Trickery's schemes. The third Total War: Warhammer teaser revealed two more constellations.

The third was The Drummer, the Sign of Excess and Hedonism. The fourth was Rhya's Cauldron, the Sign of Mercy, Death, and Creation. These two hint at Slaneesh and Nurgle, the remaining Dark Gods.

The Magister is also worried by the constellations appearing in the sky at a time when they shouldn't, claiming that "the time has dawned" before asking for Sigmar's protection. 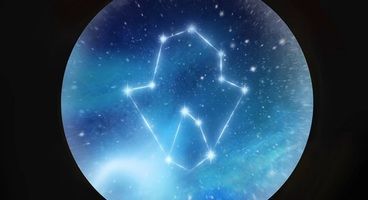 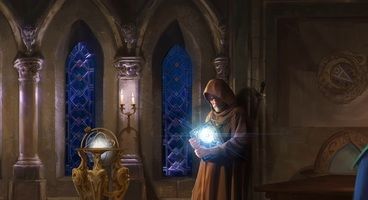 A fourth Total War: Warhammer 3 teaser has now been published, the Magister receiving his first glimpse of hope since the start of his recent stargazing adventure. As he looks towards the skies, he spots a sign that he attributes to Ursun, patron god of Kislev. It's possible that we might see the warmongering northern nation as a playable faction as the trilogy closes.

The Magister also notes that the signs have appeared in close proximity to Geheimnisnacht Eve, an event preceding a day when the borders between the Realms of Chaos and reality weaken. "Dark times linger on the horizon, I fear," the Magister voices before announcing that "something evil approaches; and it arrives tomorrow."

Unless Tzeentch is up to his usual shenanigans, we expect to see Warhammer 3 fully revealed tomorrow and arriving at some point this year, likely in Autumn.

Total War: Warhammer 2 launched in 2017, one year after the original title. While it has received a healthy serving of post-launch DLC that kept everyone busy, many would argue that it would be time for the trilogy to receive its third and final part.

That being said, we can't rule out the possibility of Creative Assembly teasing more Total War: Warhammer 2 DLC, as unlikely as it now seems. We'll have to wait and see what the coming days and weeks bring in terms of teasers and constellations.

In the meantime, here's what we expect from Total War: Warhammer 3 whenever it graces our Steam libraries with its presence.