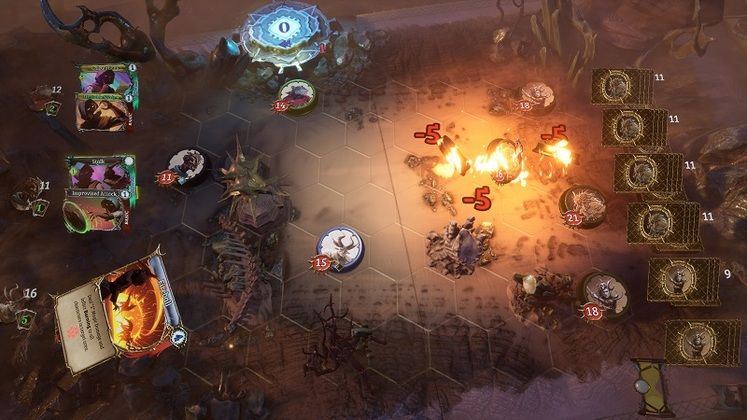 Set in a fantasy world that's weathered a cataclysm, Trials of Fire puts players in control of a party of three heroes fighting for the survival of their people. The realm of Ashe might have seen better days but, just like you're out in search of hope, others are also looking to turn their lives around. Exploring its overworld leads to bumping into both narrative encounters that test your morality as well as those that test your combat prowess. 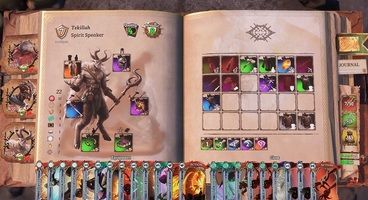 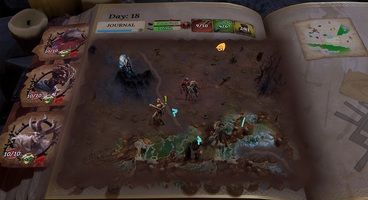 Trials of Fire blends deck-building with turn-based tactics when it comes to battles. They take place on hex-based maps, the addition of procedural obstacles making you think twice about where you position your heroes. Success then depends on how well you use your heroes' skills and exploit your deck's synergies.

Leveling up characters grants access to new skills, however, one shouldn't underestimate scavenging as a means of increasing your power. Various items can be found while exploring Ashe and equipping them into your heroes' different slots unlock new card combinations.

The ex-Rocksteady developers at Whatboy Games also took a rather interesting approach with the game's aesthetics, having its stories and action unravel on the pages of a beautifully rendered book.

Trials of Fire is due out on April 9 and available through Steam, where you'll find both its standard and special editions. The latter includes the base game alongside a digital map of Ashe, the complete original soundtrack by SCNTFC, and a 100-page digital artbook. Check out it's launch trailer below.