Publisher Sega and developer Two Point Studio today announced that Two Point Hospital is getting a new DLC this month.

Titled Off The Grid, Two Point Hospital's latest DLC sees players aiding mayor Tabitha Windsock in her efforts to make Two Point county greener, and definitely not just because that would aid her image and secure her position. 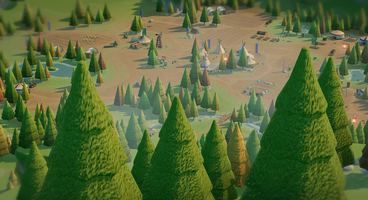 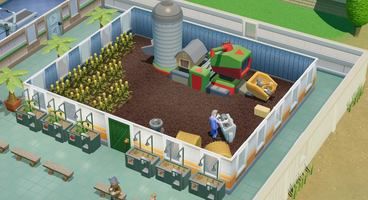 Two Point Hospital: Off The Grid will introduce three new regions and 35 new illnesses which players must deal with – like Green Fingers and Root Snoot – alongside new eco-friendly treatment rooms.

"Get gardening to treat the region’s most herbaceous afflictions, before moving on to Windsock City, the County’s first eco-city, where you’ll need to build green energy machines to stay switched-on and self-sufficient. Generated power can be used to open hospital rooms or allocated to the Patient Flow and Staff Applicants systems, to influence transport in and out of the city.", reads the press release announcing the Off the Grid DLC.

The DLC will be accompanied by the Exhibition Items Pack which adds 30 new in-game items. Players looking to purchase all previous Two Point Hospital DLCs, can do so through the Complete Your Set Bundle, also available on Steam.

Two Point Hospital: Off The Grid is set to launch on PC come March 18 and can be pre-ordered on Steam for the discounted price of €8,09 or your regional equivalent.