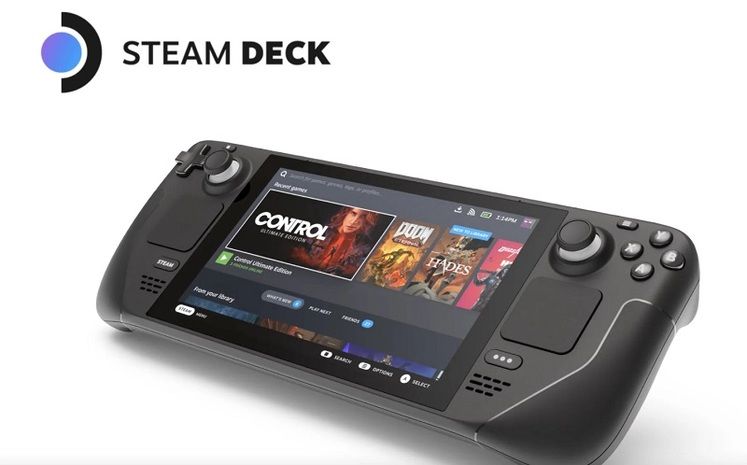 Valve has announced the Steam Deck as its upcoming handheld PC that aims to blend power with portability. The device's fairly compact shape is complemented by a bounty of control options that includes two thumbsticks and four buttons – much like you'd find on a traditional controller –, two trackpads, alongside two triggers, four grip buttons, and a gyroscope for motion controls.

The Steam Deck's 7'' touchscreen is built with 720p gameplay in mind, while its battery hould let you game for "several hours" in "most games." Its battery life extends to 7-8 hours, according to Valve, for "lighter use cases like game streaming, smaller 2D games, or web browsing." The device runs on a new version of SteamOS but is, for all intents and purposes a Linux PC that lets you install third-party apps. Here's everything you need to know about its release date, price, specs, and how to pre-order. 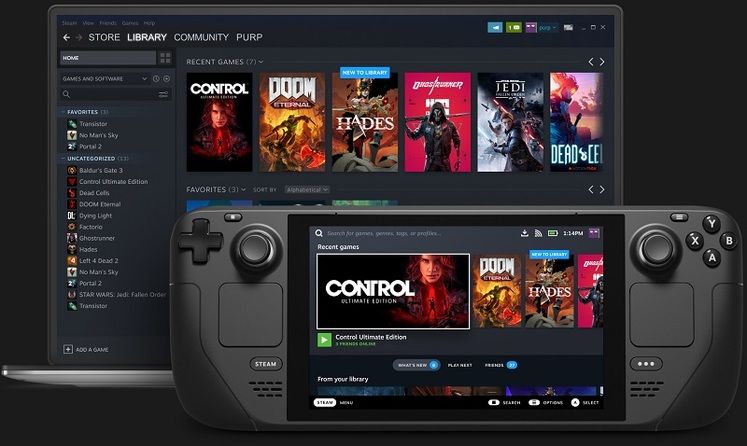 The Steam Deck was initially slated to ship in December 2021 to the United States, Canada, the European Union, and the United Kingdom, before it suffered a two-month delay to February 2022. More regions will then follow in 2022, details also coming later.

Pre-orders (or, more accurately, reservations) for the Steam Deck go live today, July 16, at 10 AM PDT/6 PM BST. You'll only be able to do so if you live in one of the regions to which the device ships in December. To avoid scalpers and resellers, Valve has added an extra requirement that blocks Steam account owners who haven't made a purchase prior to June 2021 from reserving a Steam Deck during the first 48 hours.

You'll also have to pay a fee of 4€ or your regional equivalent, if you plan on pre-ordering, but it will count towards the price of your final purchase. The reservation queue is regional and you can read more about the whole process here.

Valve's Steam Deck comes in three variants that get increasingly more expensive. But, while you'd be tempted to think that this is due to them having better hardware that lets you run games faster, that's not quite the case. The specs stay the same between versions; it's only the storage space amount and method that differs alongside the accessories you receive with your purchase.

A dock will also be sold separately, but has yet to be detailed. Here's what we're looking at in terms of the Steam Deck's price:

A microSD slot lets you further expand your Steam Deck's storage space, regardless of the version you purchase, should the above not prove enough.

The Steam Deck is powered by an AMD APU that, according to Valve, should let users play a fair share of modern AAA title on the go and, likely, in docked mode. Alternatively, there's also streaming integration via Steam's Remote Play Together feature. Here's what's inside the device and what to expect in terms of size:

You can check out more options over on the official website.

Naturally, Valve's Steam Deck lets you easily access the games and features of your Steam account. Portability will likely be the deciding factor, for those considering a purchase, as long as its hardware holds up.

However, the use of the Proton compatibility layer – which enables Windows games to run on Linux-based operating systems – might mean that, at least at first, titles like PUBG, Dead by Daylight, or Apex Legends won't be playable.

Valve has noted that it is "vastly improving Proton's game compatibility and support for anti-cheat solutions by working directly with the vendors," for the Steam Deck's release, so we'll have to wait and see just how this pans out and whether or not the Switch-like will be the next big thing in terms of handheld hardware.