Asteroids: Outpost connotes thoughts of Syndicate and Dungeon Keeper. No not those ones, the newer ones. Oh dear

Syndicate, Dungeon Keeper and now Asteroids. What do they all have in common? Well they are all revered games of yore that have since had their name plastered on whichever genre or business model their rights holders deem flavour of the month, regardless of whether it makes any sense to do so.

Asteroids: Outpost connotes thoughts of Syndicate and Dungeon Keeper. No not those ones, the newer ones. Oh dear.

Asteroids: Outpost sees you play as a miner on a large planetoid that is constantly bombarded by, yes you guessed it, asteroids. After staking a claim for yourself you have to mine ore, build a base and protect your claim from your unscrupulous fellow players as you try to turn a profit out of this barren, floating hell. There are no mineral deposits on the planetoid itself however, but don’t worry it is literally raining money. Using your turrets you can shoot asteroids out of the sky leaving your land littered with juicy ore. You do have to blast them out of the sky though, if an asteroid hits the surface nothing happens.

Why do you have to shoot them? Why can’t they just hit the deck and spill their orey goodness? The answer is that this mechanic is a complete contrivance. If you did not shoot asteroids with your magic ore-injecting space cannon then there’d be no tenuous link to the Asteroids IP would there? The nonsensical nature of this is compounded by the fact that your turrets will destroy asteroids automatically if you are not operating them, but will still only drop ore if you are personally in the gunnery chair. 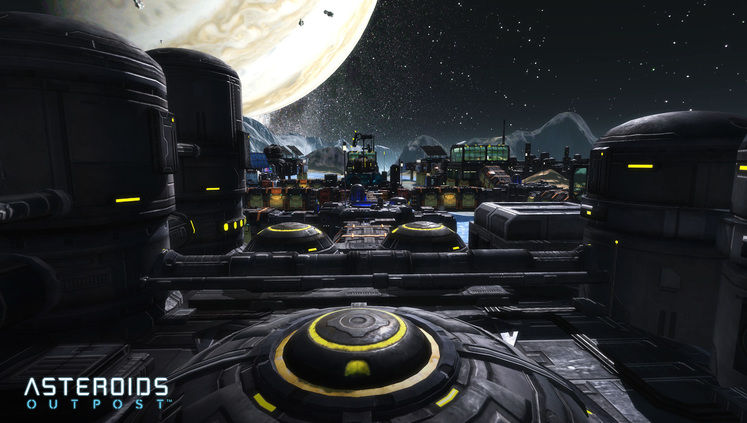 With money falling out of the sky it only takes two or three bland turret sessions to earn enough minerals to construct every building and purchase every upgrade available in the game. This took me around 40 minutes of game time.

There is nothing else of worth to do in Asteroids: Outpost Unless of course you grow weary of the honest mining life and decide to go and rob other players. Yes, this is a PvP survival sim after all and what better way to introduce yourself to your neighbour than by robbing him blind while he’s offline! 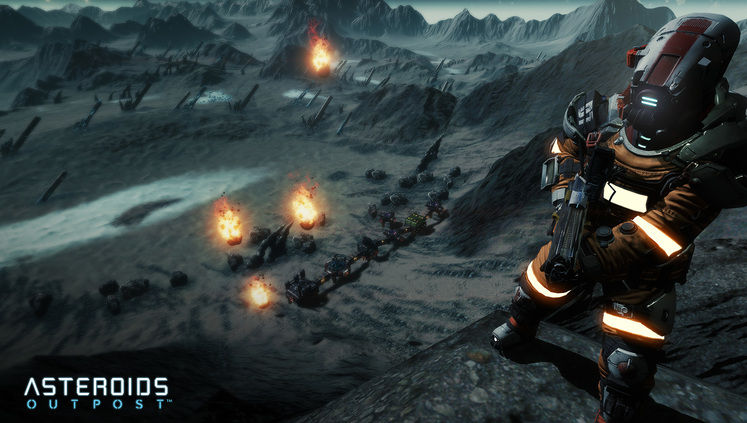 Survival sims are a desperation genre and there is a lot of shite out there. If you want to see an early access survival game done right, look at The Long Dark, if you want a complete survival sim, buy NEO Scavenger. Both of these games will provide you with a hell of a lot more entertainment and value for money than Asteroids: Outpost.

Most Anticipated Feature: Some flesh to be added to these oh so brittle bare bones. 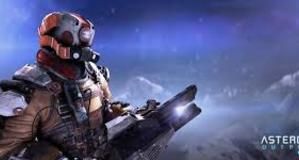