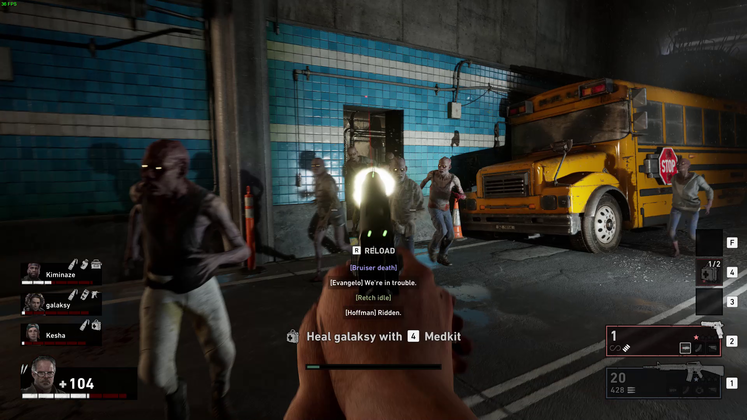 There’s a unique buzz that comes from good coop games. The adrenaline of completing a run as part of a cohesive team is unmatched by other kinds of games, and ranks pretty highly on my list of favourite gaming moments. Payday 2, Helldivers, and Evolve are among my all-time coop favourites, as they all brought something unique to the table – but the fact is none of those titles would exist without Turtle Rock Studios’ Left 4 Dead, which proved coop games could be big.

11 years later, Turtle Rock comes back to the game that made it famous with Back 4 Blood, the spiritual successor to Left 4 Dead and the closest thing to a third entry we’re likely to get for some time. A 4-player coop FPS shooter set in a zombie apocalypse, B4B pits a group of survivors trying to evacuate an area covered by worm-infected viral undead. 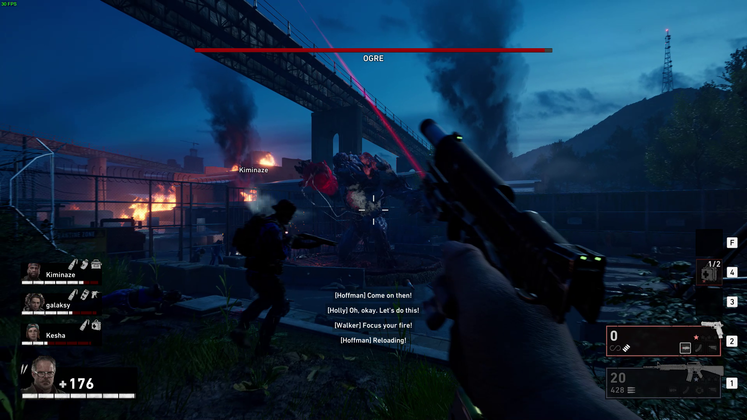 We got our hands in the closed alpha, which featured 4 out of the 8 playable characters in the final game – all with a unique starting loadout – alongside with a single mission from Act 1 divided into 4 levels. The mission starts in an infected hotel and proceeds across an industrial neighborhood, reaching a climatic finale in the waterfront. The normal gameplay is classic Left 4 Dead stuff, rushing through the level fighting a mix of stationary and dynamic hordes, peppered throughout with “special” enemies such as spitters that freeze you in place with sticky goo and tanky enemies that take and deal a lot of damage.

The game is surprisingly polished at this early stage, Despite only having a single real level divided into 4 small parts, the level and all the weapon animations look very much finished. Guns in special are amazingly awesome to use, with a nice and weighty feedback that solves my biggest issue with Left 4 Dead and its weightless, unexciting combat. 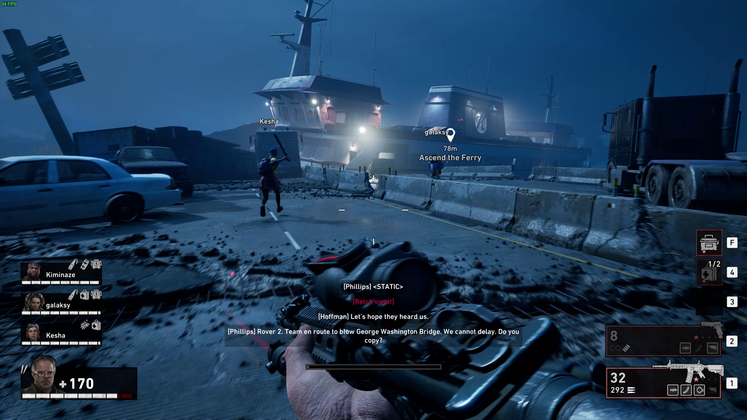 Still, the game clearly still has places to go. The Dynamic Game Director – an AI meant to amp up the pressure when the pace is too slow and dial it down when it gets too much – is clearly not implemented yet. The only enemies in the level are those in the path to the end of the level and those triggered by alarms or players’ approach, as hordes don’t spawn dynamically to catch people who stray too far from the group.

Similarly, the spawn of special infected seems to be slightly off, as they always come in groups in a very predictable manner. Even worse is the fact they are not very fun to fight – the damage type takes a billion shots to put down, the fat monster can not only throw vomit like a NFL quarterback throwing a Hail Mary but also looks more armoured than blowy, and the spitter has no early warning when it appears or attacks you. As a result, the infected act less like a tactical threat you must adapt to, and more like something that happens to you with no warning or choice. I lost track of how many times the fun was ruined by being stuck with a web three times in a row with zero warning. 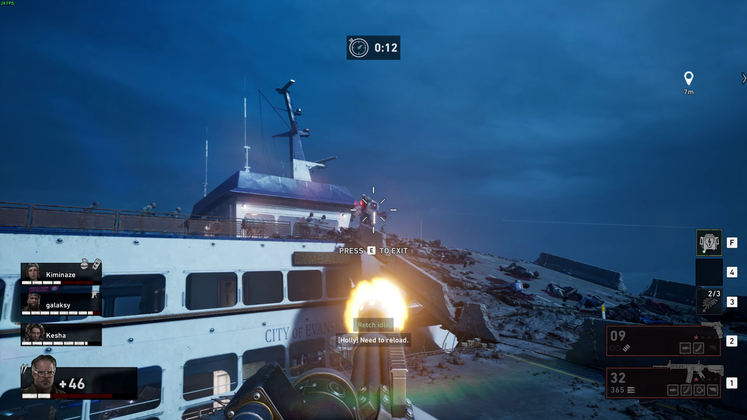 Difficulty is also extremely hard for a game meant to be played on the spot with randoms. The classic difficulty ends up being extremely brutal, with the last level featuring a mad short dash through a highway before a surprisingly hard sequence inside a boat that caused my coordinated party to wipe twice before completing it. Vermintide 2 made the same mistake during its beta, so let’s hope Turtle Rock learns from their mistakes and manages to fix it before the launch, unlike Fatshark did.

One very interesting innovation is the idea of card decks, which allow you to pick and choose 15 cards featuring bonuses and perks ranging from extra team stamina and ammo to the ability to start with a primary weapon. The very first card you pick is a “loadout card” that always gets activated at the start of a match, while the rest shows up 3 at a time at the start of every round, including restarts. The idea is great, though I look forward to more variety and choice in the long run – especially the ability to start with an M4A1 and maybe the option to have two loadout cards. 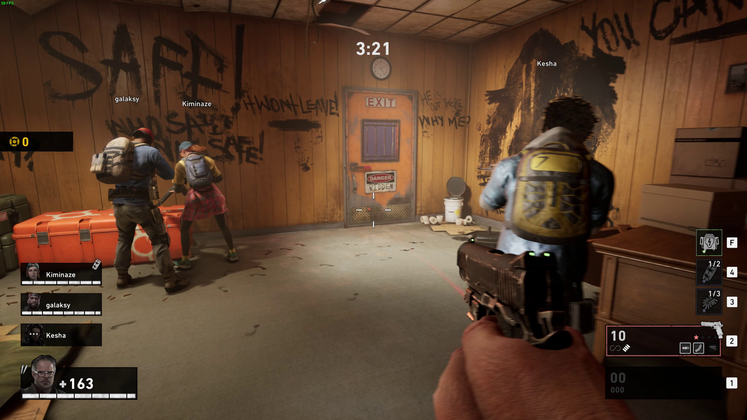 The reason for that is that the game gives you very little incentive to keep playing after you finish a level. Characters and cards are static, and the lack of a level up system makes it shallow. Even the in-game upgrade system that lets you exchange “copper” for upgrades at safehouse shops at the start of every round ends up being meaningless in the long run, as copper and upgrades need to be rebought every time, Counter Strike style. The ability to at least choose two loadout cards every match would give you a bit more customisation and let you play the game your way, instead of relying on RNG.

On the technical side, the game doesn’t run super well at the moment on anything past 1080p, and there is surprisingly zero difference in performance between max and high settings on the rigs we tested. The game is in no way revolutionary in terms of technology, and the art style has that dark, damp look that Evolve did so well. Most of the graphics are quite good, but the way muzzle flashes dynamically lit up the environment and any surrounding enemies is by far my favourite graphical flourish. 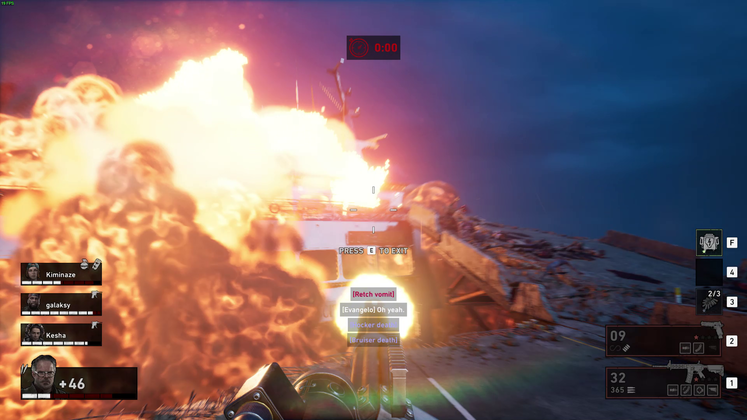 All in all, Back 4 Blood’s closed alpha is a promising success. There is nothing intrinsically wrong with the design of the game, and every issue I had could easily be fixed by launch time. If Turtle Rock displays the same level of innovation and long-term replay value that they employed when designing Evolve – and if Warner Bros avoids the mistakes 2K did with DLC – Back 4 Blood could easily become everyone’s new favourite zombie coop game. 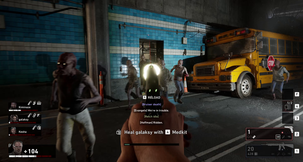 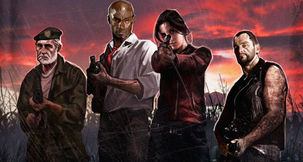