A tactical RPG for blaggards and ruffians alike

Drawing from the Dark Eye (think European D&D) Blackguards 2 is Daedalic Entertainments quick sequel to their decent tactical RPG they released earlier in the year. The first game mixed its dark fantasy setting with a compelling tactical turn based combat system, that despite a few flaws, made for an experience that was immersive and enjoyable.

A tactical RPG for blaggards and ruffians alike.

Blackguards 2 expands on this formula, making the strategic meta-game and dynamic campaign far more open than its predecessor and a little less punishing to play. The build I got to play through contains about 20-25 hours worth of content, around half the game according to Daedalic, and in a world full of tactical RPGs on PC I have to admit I wasn’t expecting to find enough to pique my interest. I was wrong.

Set three years after the first game the new protagonist is Cassia - thrown into a dungeon labyrinth to spend four years wandering the catacombs and slowing turning insane. It’s a nice introduction, especially for those of us with arachnophobia but the basic combat situations are a little too basic for my liking and if feels like the game takes an age to get started. Given that we’re promised 50 hours or so in the final game I wanted to get into the meat of it as quick as possible and I can see this initial slow pace putting many newcomers off.

Combat is turn-based and takes place in the world on a hex-based grid with the usual array of spells, skills, special skills and moves ready to unlock and use. There are improvements here too making Blackguards 2 a little easier to play by simplifying character levelling. Direct levelling of talents and skills is now possible and magic spells are now always casted successfully (previously an extra roll determined a successful cast). 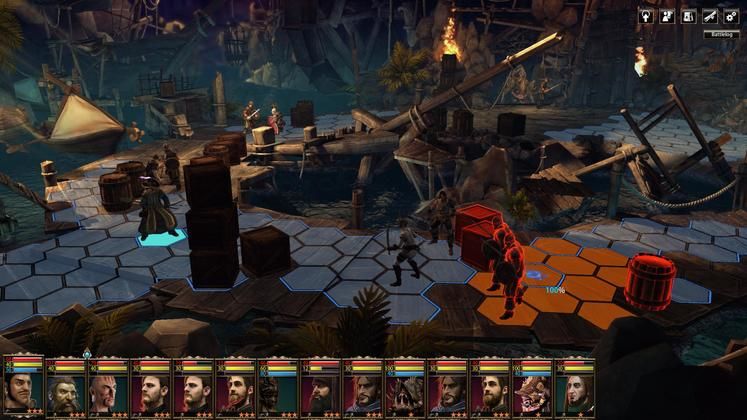 These improvements help you feel more in control of the battle and less likely to level yourself up wrong and end up with a useless character as was the case in the original. Being set in the Dark Eye universe an absolute ton of stats and tiers are present to weigh up upgrades and which path you want characters to take. It’s overwhelming unless you have experience with this type of RPG but for those of us who like nothing more than taking character spreadsheets to bed, Blackguards 2 will delight.

The biggest improvement from the original comes with the strategic map in the campaign. Here you’ll wage war against Marwan and you’ll both be grabbing land, cities and more from other factions and each other. Now those territories you claimed will need defending from mercenaries and the way control of strategic areas can change makes the campaign feel more… alive, than the linear focus of the first game. You get to decide what to do next and the story responds accordingly. How that plays out in the end isn’t yet clear but it’s the kind of feature that could make Blackguards 2 stand out from the other SRPGs out there.

The defensive part of the game is a new feature and will sound tedious on paper. Nobody likes having to defend cities you’ve already taken but the strategic battle that takes place can be compelling and satisfying if your plans and traps pay off. There’s also the added threat of having to retake the city in a much harder battle if you fail. I’m on the fence about this one as I haven’t experienced enough of these instances to get a good understanding of them. I like the potential of having an ever-changing enemy, always looking to exploit a weakness as it makes it feel like your waging a real war. But the occasional crushing difficulty of the battles can make it feel like a tiresome chore if you have to defend too many places too many times. 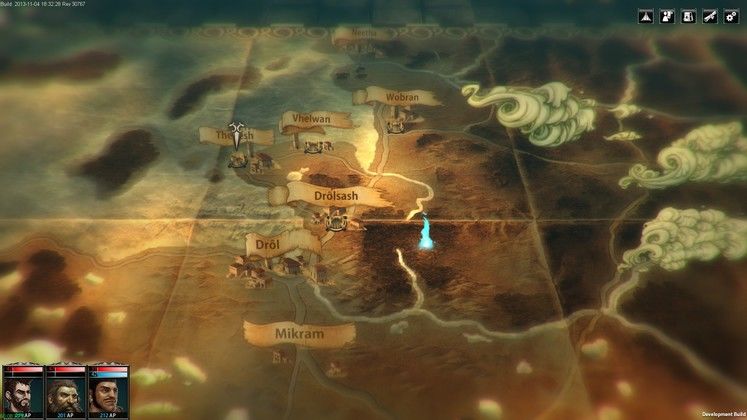 The campaign map is where you'll decide to go next - invade or defend?

In terms of story Blackguards 2 is knee-deep in the dark low fantasy setting common to European RPGs - The Witcher being a prime example. It doesn’t have anywhere near that level of focus though and there’s not much here to get overly excited about. However, that seems to work in Blackguards 2 favour as the strategic machinations of the meta game and the tactical nuances of the combat come to the fore.

For those who played the first game, three out of the five heroes return all having fallen on hard times. Naurim is now a pot-bellied layabout living off the fame of his previous exploits, Zurbaran is now a shackled slave while Takate oversees a gladiatorial area, believing to be too mighty of any challenge and bored of everything else. The protagonist is Cassia, deformed and driven half-mad by the events at the start of the game. She yearns for vengeance and dominion over everything and this anti-hero quality is present in all of Blackguards 2 characters. It’s a refreshing change from the do-gooders of many other fantasy games and a key tenet of what makes the Dark Eye universe so interesting to inhabit. Together they form an army to act out Cassia’s dream of ruling South Aventuria, even if for just one day.

Though the first Blackguards game was only out earlier this year there are enough changes, advancement in design and gameplay tweaks to make this sequel worthy of a look. After playing so many Early Access titles riddled with bugs and performance issues it’s refreshing to find that Blackguards 2 is a solid experience before it releases next month. If you love challenging tactical RPGs with a dark fantasy bent then this is one to keep on your radar. I’m really impressed with what I’ve seen so far. 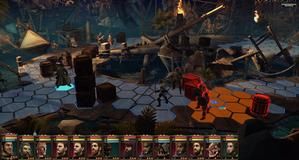 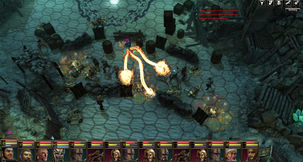 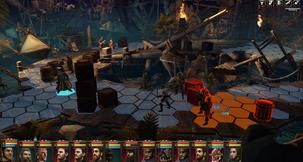