We’ve played Borderlands 3. Here’s how it felt to play - which is Borderlands with more action

“Fresh and familiar”, that’s how Gearbox CEO Randy Pitchford described Borderlands 3 to us. We certainly don’t disagree with the “familiar” part. We’ve played Borderlands 3 for around 90 minutes, with another hour shown off from the beginning of the game to us, and it’s very Borderlands.

In our Borderlands 3 preview we got to see the opening on Pandora, and a playthrough on the second planet Promethea as the new Siren character Amara. We met some familiar characters, some new ones, and we shot a lot of guns at a lot of bad guys. Let’s have a look. 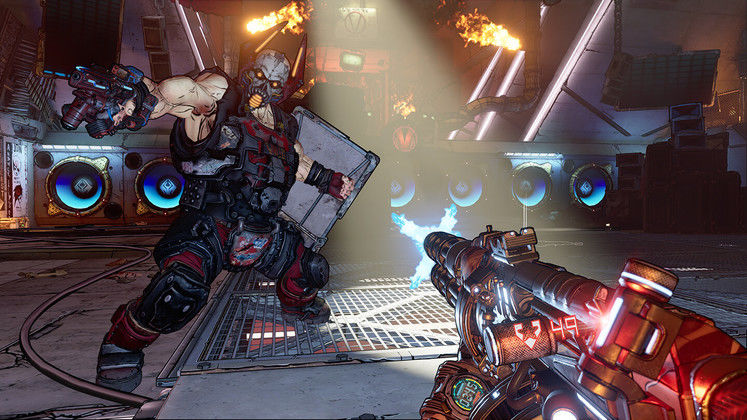 Our gameplay demo started near the beginning of new planet Promethea. It’s a cityscape given over to “hostile takeovers” between corporations, which basically equates to war in the streets. Sadly you can’t really go in any of the massive buildings, as this is very much an outdoor game for the most part. Still, you can ride through the streets in the Borderlands 3 version of the War Wheel, here called the Cyclone, while blasting enemies with it.

We joined up with new character Lorelei, a cockney lady who lives for the fight and her cup of coffee. She tasks us with defending the Atlas corporation, along with returning character Rhys from Tales From The Borderlands - who’s running it now, and has a moustache. It’ll involve shooting a lot of people, for sure.

The Borderlands series is known for being co-op games, with solo options but not really the focus - which is why it surprised us that our playthrough was entirely single-player. However, this is probably a good thing. If you like Borderlands, and want to play it co-op, you’ll be getting already. It’s good. Single-player, however, is a question mark - or at least, it was. Now having played it, we can honestly say that offline solo Borderlands 3 is actually fun now - and we may well play it predominantly single-player when it comes out. It’s that good.

If you’re expecting (or fearing) any massive deviations from the Borderlands formula, like an attempt to chase Destiny with a shared universe loot shooter idea, don’t. Borderlands 3 plays very much like Borderlands, in concept and execution, except that everything has been buffed or improved. It’s something both comfortable for fans, and hopefully enough to pull in players who might not have got on with the previous games too. 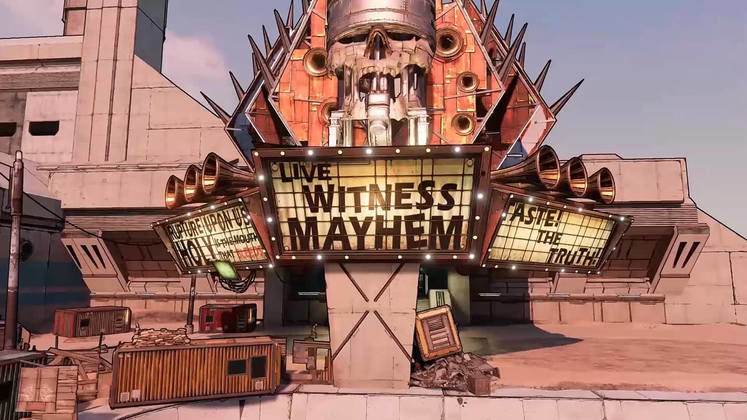 Essentially the mission setup is the same: you go into an area for various reasons, you take on enemies there, tougher enemies like bosses or minibosses show up, you look around for any useful new guns or shield items to loot, and that’s pretty much it for the general formula - although that could go for any FPS admittedly. Nevertheless, the challenge is continually entertaining. I frequently went up against tougher enemies - like guys who could teleport, or armed with flamecannons, or shields - and it just became a fun FPS.

There was never any of that nonsense where an unshielded basic Psycho became a huge bullet-sponge for no reason - if an enemy looks tough they probably are. There were plenty of good boss battles too, which Gearbox are intentionally upping the amount of. The developer also makes sure that guns aren’t the only way to dispatch enemies, as there are plenty of environmental traps too - like shooting off an oil pipe and setting alight to the resulting spillage. It never becomes boring melee striking a barrel so it launches at an enemy and explodes.

The missions were generally fun, with some more entertaining than others. The best we played was one Lorelei sent us on: to get her and her troops some coffee. It starts off that simply and quickly builds to an all-out fight between Lorelei, Zer0, Atlas troops, and yourself versus the caffeine-fuelled legions of the Coffee Commander. It was ridiculous and lots of fun. With multiple planets to explore now, we’re hopeful the range of missions stays as cool as it was in the little we’ve played.

Then there’s the guns. So many guns. We certainly didn’t get chance to try all 1 billion, but there were some great combinations we did encounter. The new alternate-fire mode for most of the weapons was a lot of fun, meaning that I found sniper rifles that fired streams of either fire or radiation, shotguns that could be swapped between ice and toxic rounds, and guns you couldn’t reload but could instead throw away to explode. My personal favourite was the Fifth Element gun where you could fire a tag-dart at an enemy and then all rounds from that point would seek out that enemy, no matter where you fire. Awesome. 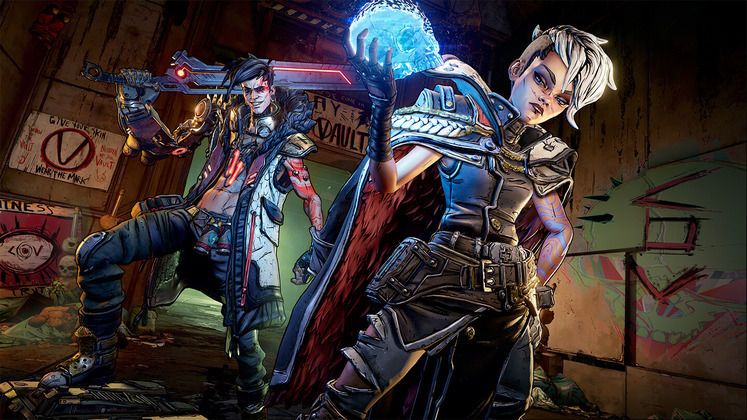 Borderlands 3 is out September 13th on PC, PS4, and Xbox One. On PC it’s exclusive to the Epic Games Store. Try not to get too upset about that...

The new Siren was a lot of fun to play, so much so we completely forgot to try the other Operative class. Amara can obviously use any of the guns well, but also has multiple special Action skills she can use. One can hold enemies in place, another can create a wave of energy directly forward, and my personal favourite is a superhero-like fist slam on the ground that damages any nearby enemy. These can all be upgraded in various ways, like adding toxic damage to the attack, and we look forward to experimenting more when the game comes out. 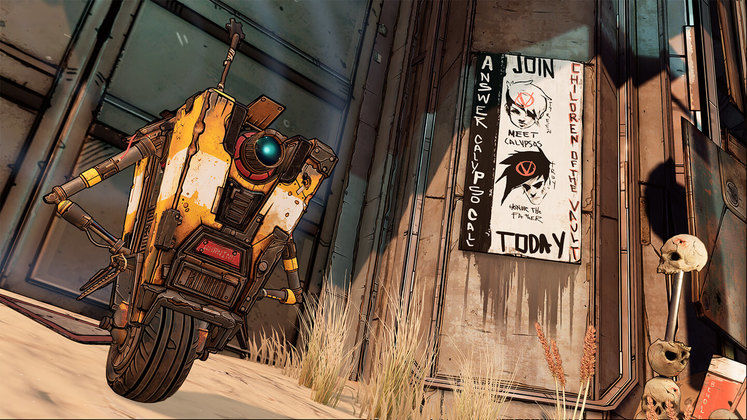 There’s a lot more we learned about Borderlands 3 that’ll we share in other articles coming soon, and we’ll have the full exclusive gameplay video of our entire playthrough hopefully later this week. Borderlands 3 was always going to be on the radar for fans of the series and co-op gamers, but now we’re honestly saying that fans of single-player FPS games should be looking forward to it too. The encounters were as fun as anything in Doom or Far Cry, and as fans of solo FPSs, we’ll be considering Borderlands 3 - and the option of co-op play is just the icing on the cake.

Seeing all the various planets Gearbox has in store. It’s like Borderlands got infected with Mass Effect.